It’s the first time the juice brand has officially struck a deal with the longboarding, juice-sipping influencer
READ THIS NEXT
Amp spotlight: Who really won the Super Bowl? 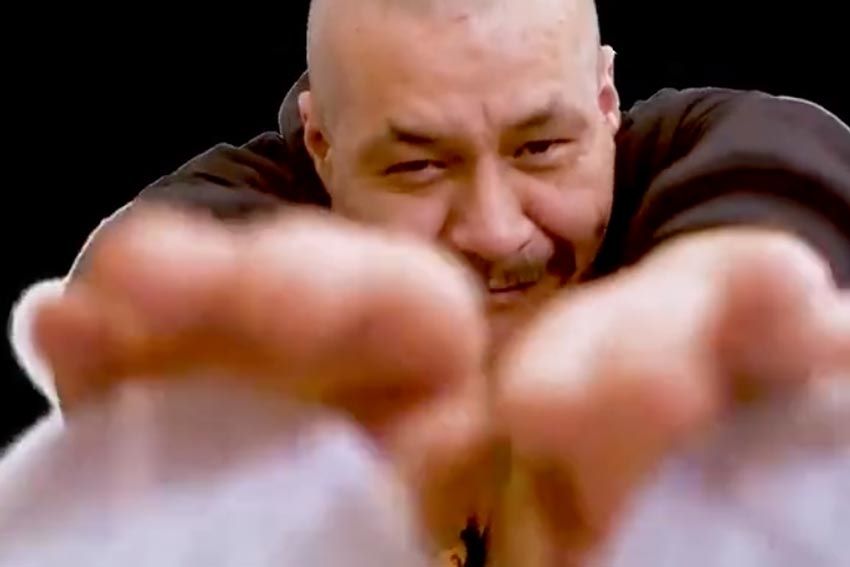 Don’t forget to make room for the cranberry juice along with all the chips, wings and pizza during the Super Bowl this weekend. Ocean Spray wants in on the Super Bowl social conversations, and is officially partnering with Nathan Apodaca, aka Doggface or @420Doggface208 on TikTok, for a TikTok campaign that celebrates dance and guzzling down juice leading up to the Big Game.

This is the first time Ocean Spray has officially partnered with the influencer, who has become somewhat of a mascot for the 91-year-old brand on TikTok after generating a ton of publicity for a viral video last October in which he sips on a carton of Ocean Spray while longboarding and lip-syncing to Fleetwood Mac’s “Dreams.” Ocean Spray responded by sending him a cranberry red Nissan truck filled with juice and later funding his honeymoon.

The TikTok campaign is called #DoggfaceDanceVibes. In a TikTok video posted today, Apodaca encourages viewers to try his own choreographed dance, which incorporates the catch of an Ocean Spray Cran-Raspberry bottle, as they cheer on the Chiefs or the Buccaneers, or just for—as Apodaca would say—“good vibes.”

Ocean Spray, which has 77,000 followers on TikTok, is using an original song created for the campaign and other TikTok creators will be joining in and posting their own takes on Apodaca’s dance. Ocean Spray’s marketing and public relations agency Jonesworks spearheaded the initiative.

All the way up! YoOo! who’s dancin with me this Sunday? Grab your @oceanspray and get your ##doggfacedancevibes going to celebrate the big game ##ad

Ocean Spray and Apodaca both teased the campaign on Tuesday with a video showing how the viral star is preparing for the Super Bowl and his dance moves, which apparently include a lot of stretching, skating and drinking Ocean Spray.

Ocean Spray CEO Tom Hayes also posted his own teaser where he tosses a football around and drinks the juice while wearing one of Apodaca’s sweatshirts from the influencer's online merchandise store.

Since going viral, Apodaca, who now has more than 6.4 million TikTok followers, has partnered with a number of brands including Xbox, LG, Raising Cane’s and Idaho Potatoes. He even came out with his own limited-edition electronic longboard in a partnership with Lux Longboards.

“Nathan’s video, personality and positivity brought us all a moment of happiness – particularly during a challenging year. The public has continued to be so enamored by his personal story and have been cheering him on from the sidelines. We heard those rallying cries and knew we had to kick of 2021 with Nathan and signed a partnership leading up to the big game," says Melanie DiBiasio, senior manager, digital precision marketing at Ocean Spray. "The campaign is authentic to Nathan – pure joy and dancing and a way for a community to come together. We hope it’s a touchdown this week.”