First Time Since 2011 That the Candy Bar Will Appear in the Big game
READ THIS NEXT
Amp spotlight: Who really won the Super Bowl? 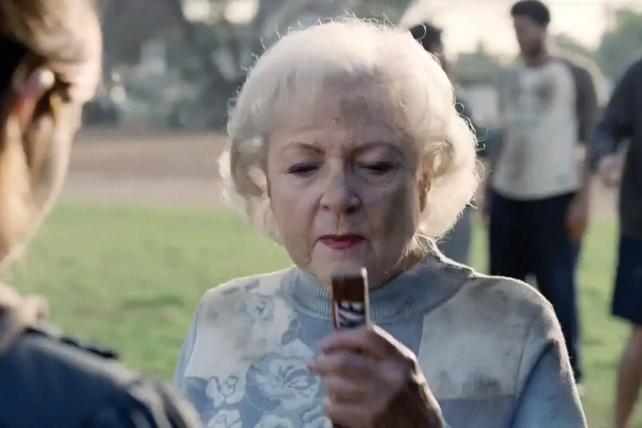 Betty White, who appeared in the 2010 ad, is not coming back.
Credit:

Mars is benching M&M's in favor of Snickers for its 2015 Super Bowl ad, marking the first time since 2011 that the candy bar will appear in the game.

"We just felt it was time for Snickers to get back on the big stage. Snickers is an iconic brand and obviously the Super Bowl is an iconic event," Snickers brand director Allison Miazga-Bedrick told Ad Age.

The 30-second ad will continue Snickers' "You're Not You When You're Hungry" campaign by BBDO, New York, that launched during the 2010 game with an ad starring Betty White. That ad was a big hit, earning the brand tons of additional PR while fueling a comeback for Ms. White, who went on to appear on shows such as "Saturday Night Live."

Ms. White will not be coming back for the 2015 ad, Ms. Miazga-Bedrick said. She declined to share creative details other than the spot will continue the brand's strategy of using celebrities. In 2011, Snickers ran a Super Bowl ad featuring Roseanne Barr and Richard Lewis.

Mars, which is an NFL sponsor and regular Super Bowl advertiser, had featured its colorful M&M's characters in ads during the past three Super Bowls. The company has been known to wrestle with the decision on which brand to showcase during the game. But Ms. Miazga-Bedrick indicated that this year's choice was easy. "We made a decision earlier in the year that it was going to be Snickers," she said, noting that the early decision "provides us with more time to put our plans together."