Super Bowl Forecast: Snow During Game Could Be Boon for Advertisers, Ratings

That sums up the Winter Wonderland marketing approach the NFL, Fox and some league sponsors are taking toward Super Bowl XLVIII at MetLife Stadium on Feb. 2, 2014.

This will be the first Super Bowl played outdoors in cold weather after decades in domes or warm-weather locales such as Florida and California. And the first in the marketing/media capital of New York.

But rather than dread the dead of winter setting in East Rutherford, N.J., the NFL, Fox and game sponsors are likely to play up the "Snow Bowl" angle.

They may have good reason. After years of climate-controlled Bowls, there's been an air of excitement among fans about a game played in adverse conditions.

Look no further than the heavy snow that fell during several NFL games Sunday, Dec. 8. TV viewers loved the Philadelphia Eagles/Detroit Lions face-off during a heavy snowstorm in the City of Brotherly Love. Ticket-holders at Lincoln Financial Field acted like schoolkids on a snow day. Football fans raved on Twitter and Facebook and hoped for similar weather for the Super Bowl.

"Memo to NFL: Require all games be played in 8" of snow. Make artificial snow if necessary," tweeted filmmaker and author Michael Moore. "Yesterday's games were the most entertaining EVER."

So while snow may not give a huge boost to Super Bowl ratings already expected to be astronomical, it could yield a social-media bonanza for advertisers paying top dollar to be in and around the game. In-game advertisers are paying an estimated $4 million for a 30-second spot and after pre-game and post-game ads are factored in, Fox could pull down $300 million in ad revenue on Super Sunday.

The Eagles-Lions game was also broadcast by Fox, which doesn't break out numbers for regional games. But the network's three regional games together, including Philadelphia-Detroit, posted an 11.8 TV rating. That was Fox's best regional game rating for the 2013 season, said spokesman Lou D'Ermilio, up 4% from the same window the year before.

No wonder then, that Fox Sports' new ads will invite TV viewers to be part of "The Biggest, Boldest and Coldest Event in Television History."

One shows an icicle-covered Cleatus (Fox's robotic NFL mascot) towering over a snowy MetLife, with the Empire State Building and Manhattan skyline in the background.

"We think [the weather is] one of the nice marketing things we can grab on to. It's what makes it unique, what makes it different, what makes it historic," said Robert Gottlieb, exec VP-marketing, Fox Sports Media Group. "It's not our primary message. But it is something we're trying to fold in where it's appropriate."

Embracing the cold
The cold-weather setting is also giving sponsors and advertisers something to build onsite activations around.

"We're really embracing the weather -- and celebrating the region in a unique way," said Renie Anderson, the NFL's senior VP-sponsorship and partnership management, from her office across the Hudson River from MetLife.

General Motors' GMC brand will brave the elements as title sponsor of the "Super Bowl Boulevard," an outdoor collection of attractions and exhibits that will close a 14-block section of Times Square from Jan. 29 to Feb. 1. It includes a GM-sponsored toboggan run.

"With inclement weather a strong possibility, GMC vehicles are equipped to handle whatever Mother Nature may have in store," said Sandra Moore, GMC director-advertising. 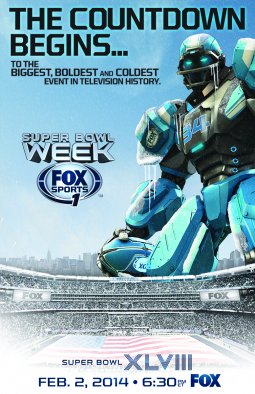 Campbell's Chunky Soup will be on the ground on game day. "It's bound to be a chilly day, so what better way to satisfy cold and hungry Super Bowl fans than with a warm sample of Campbell's Chunky soup?" said Mark Materacky, senior brand manager.

And that's just the beginning. Here are some ways marketers are activitating around the game whether at MetLife and elsewhere:

 Warm welcome: A free package of goodies courtesy of the NFL that could come in handy in frigid weather. It includes hand warmers from Verizon, a muffler from SAP and Puffs tissues from Procter & Gamble.
 Warming stations: SAP will sponsor "warming pavilions" for fans arriving to the Big Game by train.
 Hot food: Papa John's Pizza will dish out free pie along Super Bowl Boulevard.

A-B InBev is ready for snow, too. While the company's Bud Light Hotel -- a cruise ship docked in Manhattan -- might seem more appropriate for the tropics, the company said it's perfect for any weather.
"The Bud Light Hotel is fully self-contained -- from the concert venues to more than 20 bars, restaurants and nightclubs -- so no matter what the conditions are outside, our guests will have everything they need to have a great weekend," said Rob McCarthy, Anheuser-Busch InBev's VP for Bud Light.

Back in 2007, Mr. Collins and Jon Miller, president of programming for NBC Sports, pushed to create the first NHL Winter Classic. People told Mr. Collins he was crazy to take indoor NHL hockey to an outdoor stadium, much less play it on New Year's Day, long the bastion of college football.

But the NHL's first outdoor U.S. game on Jan. 1, 2008 was a huge success. As if on cue, snow started falling during the match between the Pittsburgh Penguins and Buffalo Sabres at Ralph Wilson Stadium in Buffalo. The white stuff gave NBC's telecast a "snow-globe effect," Mr. Collins said. That propitious snowfall helped turn the Winter Classic into one of the NHL's hottest properties on Madison Avenue. "It looked great on TV and was a lot of fun," said Mr. Collins.

"Absolutely, this will be a record-breaking Super Bowl -- no matter who's in the game," Mr. Kassan said. But he's basing his prediction more on the attraction of it being the first New York-area Super Bowl rather than curiosity about the weather. "It's all about the ZIP code."

Be careful what you wish for, though. A surprise ice storm in North Texas caused transportation havoc at Super Bowl XLV in Dallas nearly three years ago. Ice or freezing rain could do the same in New York. And a blizzard of any duration could ground planes trying to get into New York.

The league wouldn't mind some light snow flurries in the forecast for the Super Bowl. But the NFL would prefer they fall in the second half -- after all the fans are in their expensive seats and Bruno Mars has wrapped up his Pepsi-sponsored halftime show.

"It would be fun," Ms. Anderson said. "If we're going to have a game in New York, outside, it definitely would be fun to have a little bit of snow. Our partners are really excited. We're ready for anything. And so are they."
There's also the slight possibility that fans start throwing snow balls, as happened in 1995 when New York Giants fans pelted the visiting San Diego Chargers with ice balls. But the well-heeled crowd for a Super Bowl will be a lot different than the fans who showed up for an ugly, regular season finale nearly 20 years ago.

Unless, of course, it rains. 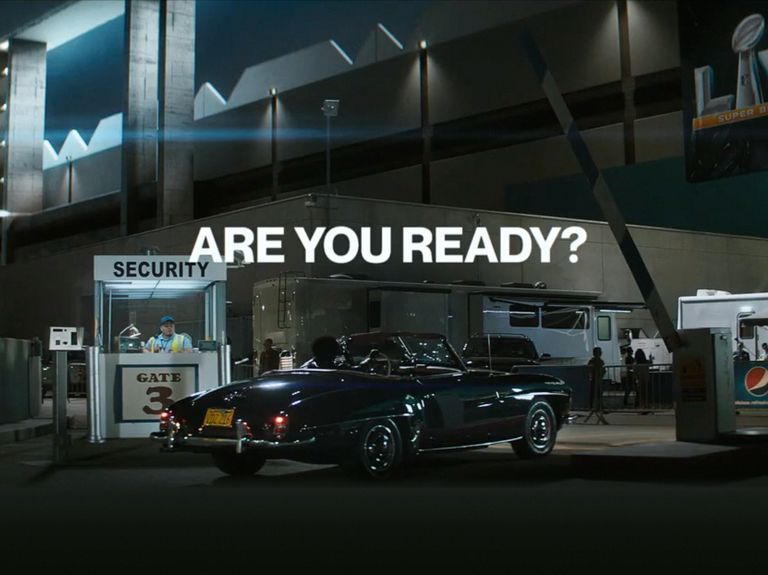