Next Stop for Diet Coke's New Look: The Super Bowl 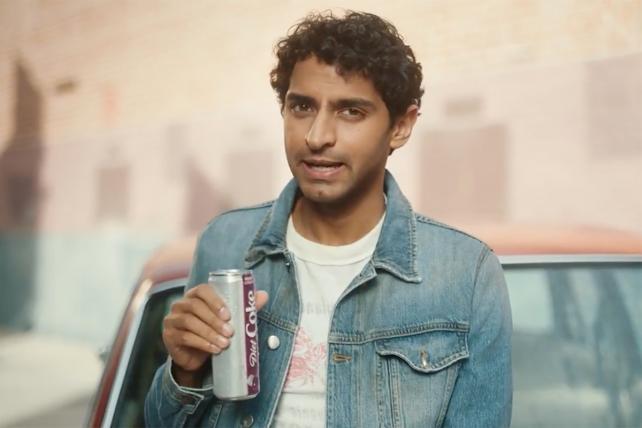 Diet Coke is taking its new look to the Super Bowl.

It's the brand's first ad in the game since 1997 and part of an expensive new campaign that seeks to inject the struggling soda with a youthful, blunt-talking vibe and move move away from the glossy, feminine approach it has used for years.

The campaign by Anomaly Los Angeles, which breaks today, comes as Diet Coke overhauls its logo and packaging, including new slim-shaped cans, while adding four new flavored varieties like twisted mango and ginger lime. The changes, announced earlier this month, are aimed at giving the brand a more contemporary feel, while broadening it appeal beyond its core female baby boomer dinkers. The brand declined to share details on the 30-second Super Bowl spot, which will run in the second-quarter.

Diet Coke's new marketing approach eschews big-name female pop stars like Taylor Swift that have endorsed Diet Coke in the past. Instead, the brand is calling on a diverse cast of lower-profile backers that includes Gillian Jacobs, known for roles in NBC's "Community" and the Netflix's "Love," and Karan Soni, an Indian-American actor known for playing a supporting role in "Deadpool."

"This is a carefully curated cast of up-and-coming actors who are starting to make their mark on culture and who reflect the attitude we want Diet Coke to convey," Danielle Henry, group director of integrated marketing content for Coca-Cola North America, says in a statement.

That attitude, embodied in the new "because I can" tagline, seeks to position the brand for a younger audience by adopting an unapologetic but more down-to-earth tone. "This is not the hyper-feminine, glossy Diet Coke anymore." Henry says in an interview. "This is an authentic, self-aware, stripped-down Diet Coke that is really inclusive."

The first TV spot shows Jacobs talking directly to the camera while sipping a slim-canned Diet Coke, telling viewers to "just do you, whatever that is. And if you're in the mood for a Diet Coke, have a Diet Coke."

The brand is pushing the new flavored versions with a series of 15-second spots in which Diet Coke's new endorsers make cheeky observations about the varieties. In one spot, Soni describes the "feisty cherry" flavor as "not the kind of cherry you bring home to your mom."

The other ads star actors Hayley Magnus, Ryan Goldsher and Daniel Stewart. (See all the spots below.) The director is by Paul Feig, known for the TV series "Freak and Geeks," as well as movies including "Bridesmaids" and the 2016 "Ghostbusters" remake.

Aggressive social media and outdoor advertising is also planned, as well as sampling at events and festivals.

Executives declined to share the total media investment for the new campaign. But Super Bowl ads alone run for about $5 million for 30 seconds. Add it up and it amounts to a major media investment for a brand whose recent sales trends suggest it could be past its prime. Diet Coke, like all diet sodas, has struggled to grow as calorie-conscious drinkers turn to other options like sparkling water and zero-calorie energy drinks. Diet soda brands are also dealing with a declining appetite for artificial sweeteners like aspartame.

Diet Coke's U.S. volume declined 4.3 percent last year, according to Beverage Digest's preliminary estimates on 2017 soda sales. Diet Pepsi fared worse, down 7.7 percent. But Diet Coke remains a massive brand. Even at a 7.7 percent soda market share, it is the third-largest soft drink behind regular Coke and Pepsi, according to Beverage Digest. And for Coca Cola Co., Diet Coke still accounts for 27 percent of its total cola sales, behind regular Coke's 66 percent, according to Sanford C. Bernstein.

"Diet Coke is a brand that a lot of people love and they love it passionately," says Rafael Acevedo, Coca-Cola North America's group director for Diet Coke, noting that 20,000 Diet Cokes are consumed every minute in the U.S.. "I think that honestly we should have probably done a better job modernizing the brand … and that's what we're doing right now."

Duane Stanford, executive editor of Beverage Digest, says the company has no choice but to invest in a turnaround attempt. "The brand is so big and produces so much cash for Coke that abandoning it would amount to malpractice," he says. "Controlling, or even stopping, the skid would be a meaningful victory."

The revamp—which was announced Jan. 10—has gotten mixed reviews. In a report issued Jan. 19, Sanford C. Bernstein beverage analysts said they reviewed 15,000 social media posts about the Diet Coke overhaul. They found that that most posts took a "largely neutral stance," albeit they "skewed slightly negatively." Positive posts "centered around the excitement in trying new flavors," Bernstein notes in its report.

"While the risk of alienating current loyalists seems low, we are skeptical that new Diet Coke will be able to drive new customers to the category, or prevent some from leaving, as the beverage continues to be sweetened with aspartame and thus does not address consumer aversion to artificiality," the report states. Coke executives cited their own research showing that 96% of the feedback has been positive or neutral.

"A key will be how well the flavors can keep millennials engaged once the massive launch activity shakes out and the brand settles back into routine," says Stanford.

Here are the other 15-second spots: