Amazon, Colgate, Marmot and Shock Top Are Among the Newbies
READ THIS NEXT
Amp spotlight: Who really won the Super Bowl? 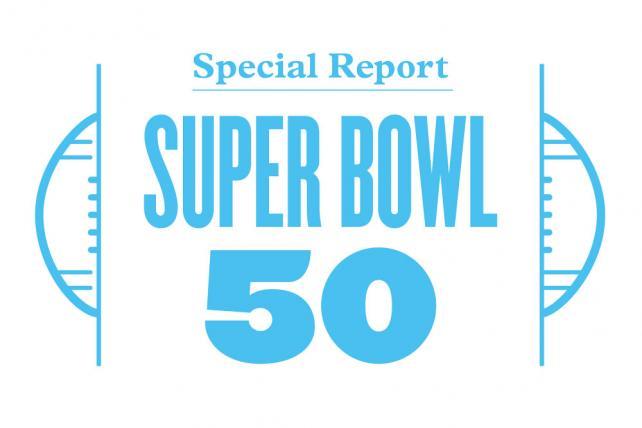 The usual advertising stalwarts will certainly be on hand for Super Bowl 50 but so will plenty of newbies. Longtime advertisers like Budweiser and Coca-Cola will share the stage with brands like Amazon, Colgate and Marmot, which are all making their Super Bowl debuts.

There are currently 13 confirmed marketers that will air commercials in the big game for the first time, up from 10 in 2015. Already, that figure would make Super Bowl 50 the third most popular game for new advertisers since such stats began being tracked. There were 19 first-timers in 2000 and 14 in 1999, according to Kantar Media, which has tracked the Super Bowl since 1988.

In the last decade, it's been rare to see the number of newcomers hit double-digits, according to Kantar data, which makes the last two games somewhat of an anomoly.

The reasons why brands decide to join the big leagues varies from brand to brand, but buys are typically tied to new product launches. This year, Buick is introducing its new Cascada luxury convertible; LG is looking to raise awareness for its OLED TVs; Quicken Loans is highlighting its online mortgage service; and Henkel has a new upscale laundry detergant to promote.

Overwhelmingly, the marketers making their Super Bowl debuts have one goal in mind -- to build brand awareness. "A Super Bowl ad provides a unique opportunity to build awareness, and if done properly, to build brands," said Charles R. Taylor, professor of marketing, Villanova School of Business.

Henkel will use the platform to expand the reach of its Persil ProClean laundry detergent, which was introduced in Walmart stores in March 2015 and rolled out to other national retailers throughout the year.

"Because the brand debuted in the U.S. less than 12 months ago, creating awareness is a key step in driving trial for the brand," Andreas Hartleb, VP and general manager, Henkel Laundry & Home Care USA, said via email. "The Super Bowl is perfectly timed to kick off our 2016 campaign to support Persil as it starts to roll out to even more retailers nationally this spring."

Similarly, Quicken Loans will promote its new online mortgage service, Rocket Mortgage. In its 60-second spot it will show off the ease of the service and what that can mean for the entire country. If more people buy homes, they will need things to fill those homes, like lamps and blenders, which means more craftsmen employed to make those things who can then buy houses themselves the commercial muses.

"This is an awareness play," said Jay Farner, president and chief marketing officer, Quicken Loans. "We want to radically change how people get money and want to start the conversation about a new way of thinking."

LG will air a 60-second spot starring actor Liam Neeson to showcase its TVs with OLED, which stands for organic light-emitted diode, technology. LG is looking to increase awareness for the product, which retails for about $4,000, said the company's head of marketing Dave VanderWaal.

This year also marks the 50th year that LG has been in the TV business, which coincides with the 50th anniversary of the Super Bowl, "so it seems appropriate," Mr. VanderWaal said.

Despite the hefty price tag, with a 30-second spot costing most advertisers upwards of $4.8 million, the ability to extend a Super Bowl commercial beyond just one moment is attractive for many advertisers.

"The Super Bowl is now more than one commercial but about introducing campaigns," Mr. VanderWaal said. LG will continue running its OLED campaign for 50 days after the big game.

Wix.com, which made its Super Bowl debut last year and will return this year, attracted 300 million views with its #ItsThatEasy campaign on top of the nearly 115 million who tuned in to Super Bowl XLIX, said Omer Shai, chief marketing officer at the web development company.

"This type of added exposure ramps up the return on the investment, making it a far more reasonable play for newer advertisers," Mr. Shai said. "The impact on younger brands is so obvious that more are getting involved."

For GoDaddy, which advertised in the Super Bowl every year since 2005 (but is sitting out of Super Bowl 50), the big game was responsible for pushing consumer awareness from about 16% to nearly 60% over the course of a decade, Mr. Taylor estimated.

There are plenty of freshman Super Bowl standouts, like Oreo, which won the Super Bowl in 2014 with its "you can still dunk in the dark" tweet during the blackout. But for the most part, many of the smaller freshman Super Bowl advertisers don't make repeat performances -- at least not right away. This isn't necessarily surprising, since Kantar estimated that a Super Bowl ad buy for a small company is typically 15% or more of their annual media budget.

So far just four of the newbies from 2015 are confirmed to return to the game this year.

"In general, it is very hard for a brand new advertiser to stand out and it is likely that a majority of the aforementioned ads will score below the Super Bowl average," Mr. Taylor said.