NBC to Super Bowl Advertisers: Use Kids or Puppies, But Not Both | Ad Age
Skip to main content
Sign In Register

NBC to Super Bowl Advertisers: Use Kids or Puppies, But Not Both 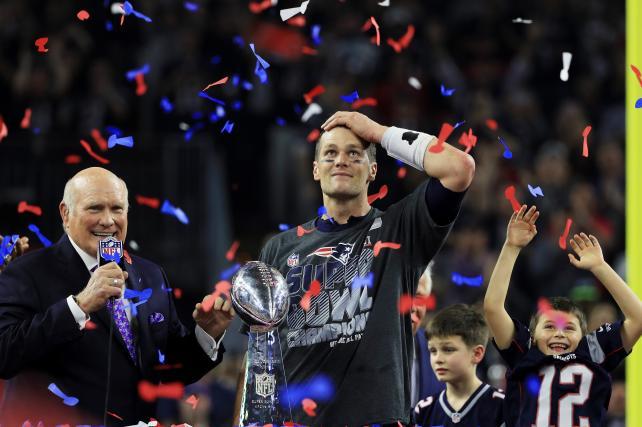 If you want your Super Bowl ad to be a success, less is sometimes more. Don't, for example, include both a puppy and a cute kid. For automakers, featuring children works best, while animals perform especially well for food and beverage brands.

NBC is taking these finding outs to potential Super Bowl LII advertisers starting this week as it looks for ways to alleviate some of the increased pressure marketers have felt when it comes to Super Bowl creative.

"Creative anxiety is the single biggest factor in keeping people from advertising in the Super Bowl," says Dan Lovinger, executive VP of advertising sales, NBC Sports Group. For marketers who don't make USA Today's Ad Meter, which has long been seen as the ultimate barometer for success, there can be a feeling of failure, he says.

So NBC, which will broadcast the game from U.S. Bank Stadium in Minneapolis on Feb. 4, sought to prove to marketers that there are other metrics to prioritize. NBC analyzed the ads in the last four Super Bowls (2014-2017) based on 575 variables like creative messaging and structural elements. It then looked at the effectiveness of each ad based on five performance metrics: creative appeal, ad cut through, creative engagement, brand social and brand search. NBC will use these results to help guide advertisers on their Super Bowl creative, Lovinger says.

While the Super Bowl is seen as one of the last bastions of mass TV viewing, in recent years marketers have been more cautious about buying into the grudge match. It's not necessarily about the money–though with NBC seeking more than $5 million for 30-seconds of air time (plus the cost of actually producing the ad)--there's a greater need to justify the cost. But just as importantly, CMOs are hesitant to buy in unless they have strong, unique creative they believe will stand out.

The creative pressure has been heightened due to the amount of publicity, press and communication that's extended dramatically in the last five or so years, says Jason DeLand, co-founder, Anomaly, who handles Budweiser's Super Bowl ads. With many brands releasing their creative in the weeks leading up to the big game, "everyone is trying to win a popularity contest," he says. But the reason marketers should advertise in the Super Bowl should be about business objectives, not to impress a group of people paneled by USA Today, DeLand adds.

NBC certainly didn't have an easy go in selling its ads the last time they aired the game in 2015. The peacock didn't announce they sold out of ads for Super Bowl XLIX until just days before kickoff.

"It was a challenging ad sales marketplace, I won't diminish that," Seth Winter, who had previously served as head of sales for NBC Sports, said at the time. "This hasn't been the easiest exercise I have been through."

And since then, both CBS and Fox have not revealed if and when they have sold out of commercial time in the game.

This will be Lovinger's first outing selling ads in the Super Bowl, after taking over for Winter in October 2016. He is also tasked with selling the 2018 Winter Olympics, which will air just days after Super Bowl LII.

With lots of inventory to sell, NBC is looking to show advertisers there are other ways to measure success than being the most popular commercial as measured by USA Today.

NBC's study found that just because an advertiser scored high on creative appeal (which is indicative of the USA Today Ad Meter), doesn't mean they also received top marks on other metrics like search and social.

At least a few of the results seem to be beneficial for Lovinger and his sales team: 60-second spots, for example, significantly out-performed in most key metrics and a brand with multiple spots in the game saw a lift in all key metrics. (NBC worked with a third-party firm CognitiveScale on the study).

But there were some other revealing stats: celebrities have a slight negative or no material impact on ad performance, other than driving social conversation; visually dark scenes work better for auto and electronics advertisers, while lighter scenes yield better results for food and beverage and entertainment brands; animated characters are more effective in ads that are sales focused rather than brand focused; spots with kids and music outperformed those with just one or the other; and first-time Super Bowl advertisers have been just as successful airing pre-existing creative in the game as they have been airing new ads.

In fact, new creative doesn't always perform better. This stat in particular is interesting given how more Super Bowl marketers have been repurposing old creative for the big game.

Super Bowl ads that promote social causes performed better on average than all others in all metrics measured except search.

Social messaging has long been a theme in Super Bowl ads: Cheerios featured a mixed-race couple in its 2014 Super Bowl ad, while Chrysler's 2011 Super Bowl commercial with the tagline "Imported From Detroit" weaved a dominant theme in culture at the time into its creative.

But amid last year's contentious political environment following the election of President Donald Trump, it seemed social messaging was ramped up. Airbnb's message was "we accept" everyone and the company announced support for refugees; 84 Lumber referenced Trump's border wall and Audi touted women's empowerment.

Lovinger says he hopes the research will force advertisers to clarify what they are trying to accomplish. If that's getting to the top of the Ad Meter, he says NBC can help them do that, but there are also other metrics to Super Bowl success. If a marketer wants to optimize for brand search, for example, NBC can tell them these are the top features in your industry that will give you the best chance of being in the top 10 in search. They can also answer questions like, should your brand feature George Clooney in your ad or an unknown actor?

"Not only can we help people get more clarity on why they are doing what they are doing but help them hedge their bets and ensure greater success," Lovinger says.

Moving forward NBC will be looking to do more consulting with advertisers on creative for big events like awards shows.

Certainly, marketers' fears are not unfounded. There are at least several instances where botched Super Bowl creative has had a negative effect on the marketer, the most prominent being Nationwide's 2015 spot that ultimately ended with the departure of its CMO. During Super Bowl 50, the insurer infamously ran what has come to be known as the "dead boy" spot, which told the story of a deceased boy and how he was killed by a preventable household accident. The spot received plenty of backlash, with critics saying its was a depressing ad for the big game.

That same year, GoDaddy decided not to run its planned spot featuring a puppy, after the pre-released commercial was condemned by dog lovers for selling the puppy online. This left GoDaddy just days before kickoff to come up with a new ad.

Instances like these have cause some marketers to be gun-shy because they have either been burned in the past or have heard stories of brands that have.

Still, the audience is hard to ignore, especially as the rest of TV combats ratings errosion. Super Bowl LI averaged 111.3 million people, just a smidge lower than the 111.9 million that watched the year prior.

Lovinger says they are "well into" Super Bowl sales and that NBC is pacing on par with prior years. And while their may be more an "intensity" around creative, he hasn't seen a slowdown in sales.