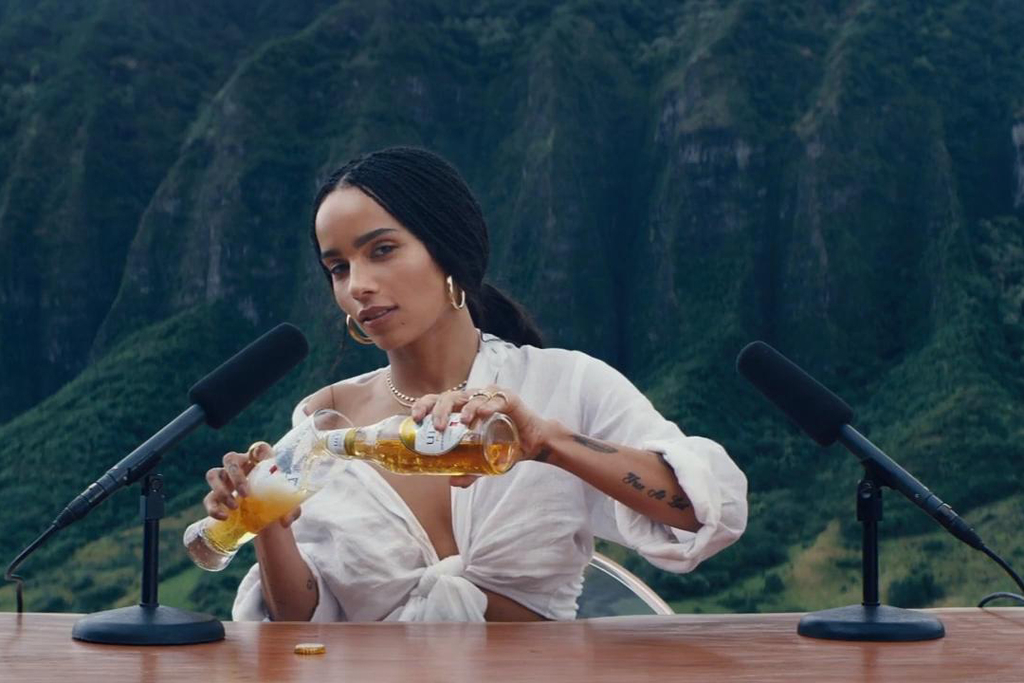 I’m Jeanine Poggi, Ad Age’s senior editor, kicking-off our countdown to Super Bowl LIV. In the weeks leading up to the game, which will air on Fox on Feb. 2, Ad Age will bring you breaking news, analysis and first looks at the high-stakes, big-game commercials—all in our Super Bowl Alerts newsletter. Sign up right here to get them in your email.

After airing four spots in the 2019 game, the Bud Light brand will only get one ad during Super Bowl LIV—a combo ad in conjunction with the new Bud Light Seltzer. In total, Anheuser-Busch InBev plans to run four minutes of commercial time, down from five minutes and 45 seconds in 2019. But this downsizing is in line with the beverage giant’s buys in prior years.

Heinz will return to the Super Bowl for the first time since 2016 with a ketchup-centric spot that will also introduce a new mashup condiment, Ad Age’s Jessica Wohl reports. The 30-second spot, created by Wieden & Kennedy, a new agency for the brand, will include an appearance by HoneyRacha, which is a mix of honey and sriracha.

Flashback: Heinz last appeared in the Big Game in 2016 with “Wiener Stampede,” which featured wiener dogs dressed as hot dogs scrambling down a hill.

Like it or not, Super Bowl LIV will get political. President Donald Trump’s reelection campaign and Michael Bloomberg's campaign will each air 60-second commercials in the Big Game. It’s unusual for a political candidate to air a national commercial in the Super Bowl, given the cost associated with these ads and the desire to target specific markets. President Barack Obama aired a spot in the 2008 game, but that ran in only 24 local markets. While Trump’s campaign did not reveal the messaging of the ad, Bloomberg’s campaign told the New York Times that “the biggest point is getting under Trump’s skin.” Prediction: things will get ugly.

As the streaming wars heat up, the Super Bowl has become a favorite outlet for these services to promote their platforms and original content. But Netflix, which has been a Super Bowl regular over the past few years, will sit out of the Big Game in 2020. A company spokesman declined to comment on the decision and it remains to be seen if rivals Hulu and Amazon Prime Video will return.

Take a look a Netflix’s prior Super Bowl commercials, and those from other streamers like Hulu and Amazon Prime Video, in Ad Age’s extensive Super Bowl ad archive.

After sitting out last year, it looks like Squarespace might be returning to the game. WKBT in Wisconsin reports that a commercial being shot in downtown Winona could be for the company. Squarespace did not advertise in the 2019 game after airing commercials in five consecutive Super Bowls. A Squarespace spokeswoman did not immediately return a request to comment.

Join Ad Age on Jan. 28 as we bring together some of the top brands, agencies and creatives, including Hyundai and Pop-Tarts, to discuss what it takes to pull off a Super Bowl commercial.