Super Bowl alert: brands declare war, dance it out and fix the world 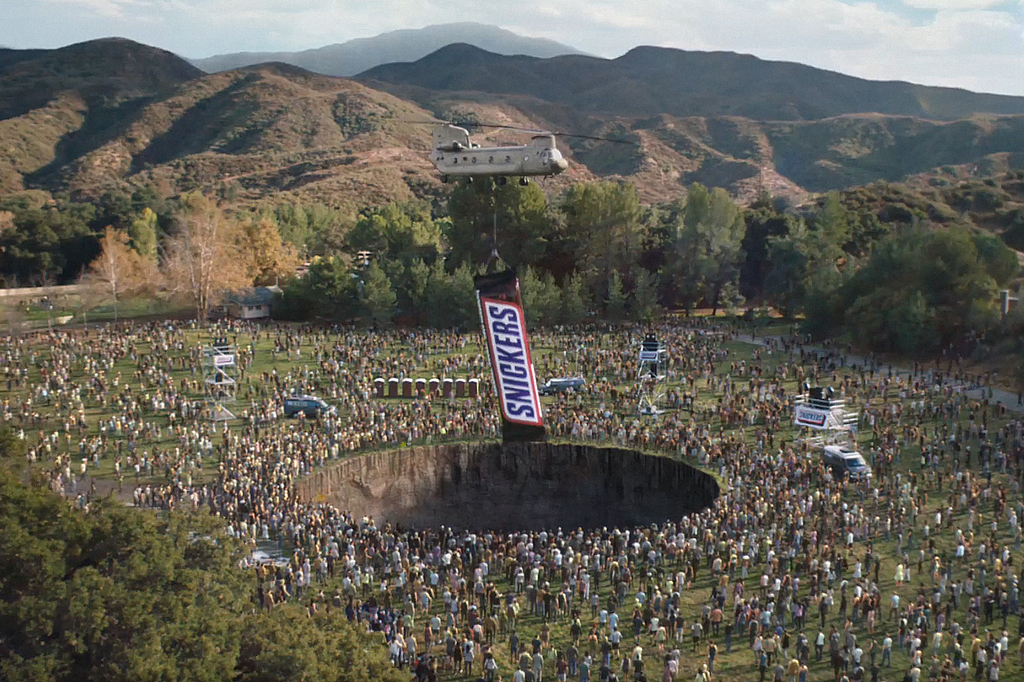 I’m Jeanine Poggi, Ad Age’s senior editor, counting down to Super Bowl LIV. There's less than a week to go until the Kansas City Chiefs take on the San Francisco 49ers at the Hard Rock Stadium in Miami. Leading up to the game, which will air on Fox, Ad Age brings you breaking news, analysis and first looks at the high-stakes, Big-Game commercials—all in our Super Bowl Alerts newsletter. Sign up right here to get them in your email.

Ellen DeGeneres and her wife Portia de Rossi discuss what people did before the Alexa smart device in Amazon’s Super Bowl commercial, Ad Age’s Garett Sloane reports. In the spot, Amazon doesn’t shy away from hot-button topics, with one scene showing a man asking a newsboy named Alex, “What’s today’s news?” To which the boy replies, “Doesn’t matter, it’s all fake.” Of course, it’s worth noting that Amazon founder Jeff Bezos also owns the Washington Post. The one downer of the ad is there isn’t more Ellen.

Post Malone is torn over drinking Bud Light or Bud Light Seltzer in a combo spot for the two brews. Bud Light released two ads on Wednesday, but only one will actually air in the game, Ad Age’s E.J. Schultz reports. Anheuser-Busch InBev will select which spot will air in the Super Bowl based upon viewers’ reactions on social media.

Pepsi takes a direct shot at Coke in its Super Bowl ad starring Missy Elliott and H.E.R. remaking the Rolling Stones classic “Paint it Black,” Schultz reports. The ad begins with H.E.R singing the lyric “I see a red door, and I want it painted black,” while holding a red can that is an obvious reference to Coke. She then busts out of a red-colored world into a black-shaded scene.

Coke also released a teaser for its ad on Wednesday, which simply showed a close-up of actor Martin Scorsese.

And there’s another battle brewing (see what I did there) in Doritos' commercial, this one between rapper Lil Nas X and actor Sam Elliott.

The 75-year-old Elliott, known for his roles in Westerns like “Road House" and “Tombstone,” as well as the Coen brothers' “The Big Lebowski,” spoke to Ad Age’s Illyse Liffreing about the making of Doritos’ spot, working with Lil Nas X and being glad to be the cowboy yet again.

Snickers very clearly spoofs Coca-Cola’s iconic “Hilltop” Super Bowl ad with its Big Game spot that looks to “fix the world,” Ad Age’s Jessica Wohl reports. In an extended version of the ad released on Wednesday, people lament about the world’s problems, like people who name their kids after produce, grown men riding scooters and politics that “just makes us sick.” (The politics reference was cut from the 30-second spot that will run in the game.)

It's both how we are feeling here at Ad Age this week, and the anthem to Audi’s Super Bowl commercial. The automaker channels Disney’s “Frozen” in an ad plugging its electric vehicles, Schultz reports. The spot stars “Game of Thrones” actress Maisie Williams who is stuck in traffic and sings the popular song, which serves as a rebuke of gas-guzzling cars.

Walmart also announced it will air its first Super Bowl ad, which will be a super-charged version of a spot it aired in the pre-game last year, about the convenience of curbside pickup of online orders, Ad Age's Jack Neff reports. The spot features scenes or characters from a dozen movie or TV franchises, including Disney’s “Star Wars” and “Toy Story,” Universal properties like “Back to the Future” and films like “The Lego Movie.”

With still five days to go before the Big Game, 33 spots have been pre-released, already surpassing the 30 in all that were released before kickoff last year.

Ad Age went behind the scenes of the making of Avocados From Mexico’s sixth consecutive Super Bowl spot starring Molly Ringwald. The shoot involved specially made clothes for Ringwald’s co-star, an avocado, and debates such as if the avocado should sit in a car seat or booster seat while riding in the back of a Subaru.

Fiat Chrysler is returning to the Super Bowl after sitting out last year, Schultz reports. The automaker opted to bypass an in-game ad in 2019 in favor of a digital-only approach. Chrysler Chief Marketing Officer Olivier Francois is known for big-budget, celebrity-filled Super Bowl ads like 2011’s “Born of Fire” ad starring Eminem.

And it looks like the ad will be for Jeep. The spot is expected to star Bill Murray recreating scenes from “Groundhog Day.”

And now a word from Ryan Reynolds

The star of movies like “Deadpool” and owner of Mint Mobile explains in an ad in the New York Times why the mobile carrier won’t buy an ad in the Super Bowl. Instead, the company will give away three free months of service to anyone who signs up for Mint Mobile during the game.

Hyundai's Genesis is removing the helicopter from its ad, which stars Chrissy Teigan and John Legend, following the helicopter crash that took the life of Kobe Bryant, his daughter, and others, CNBC's Megan Graham reports. The automaker is re-cutting the ad just days before kickoff.

Earlier this week, several advertisers paused their Super Bowl marketing push following the crash, including Planters. But the company is still planning a funeral scene for the spokescharacter Mr. Peanut, who they killed off in a spot pre-released last week.

The winner of Super Bowl LIV will be doused in confetti per usual, but there will be a twist to the celebration. The field at the Hard Rock Stadium in Miami will be showered with tweets that are printed on the confetti, Sloane reports.

When the party's over

For all those brands spending as much as $5.6 million for a 30-second spot in the Super Bowl, Neff details how to get the most out of your Big Game buy, even after the whistle blows.

Watch me discuss Super Bowl trends and what we know about some of the Super Bowl commercials so far on CBS This Morning and Good Morning America this morning.