READ THIS NEXT
DoorDash is the latest first-time Super Bowl ad buyer, and it's bringing Cookie Monster 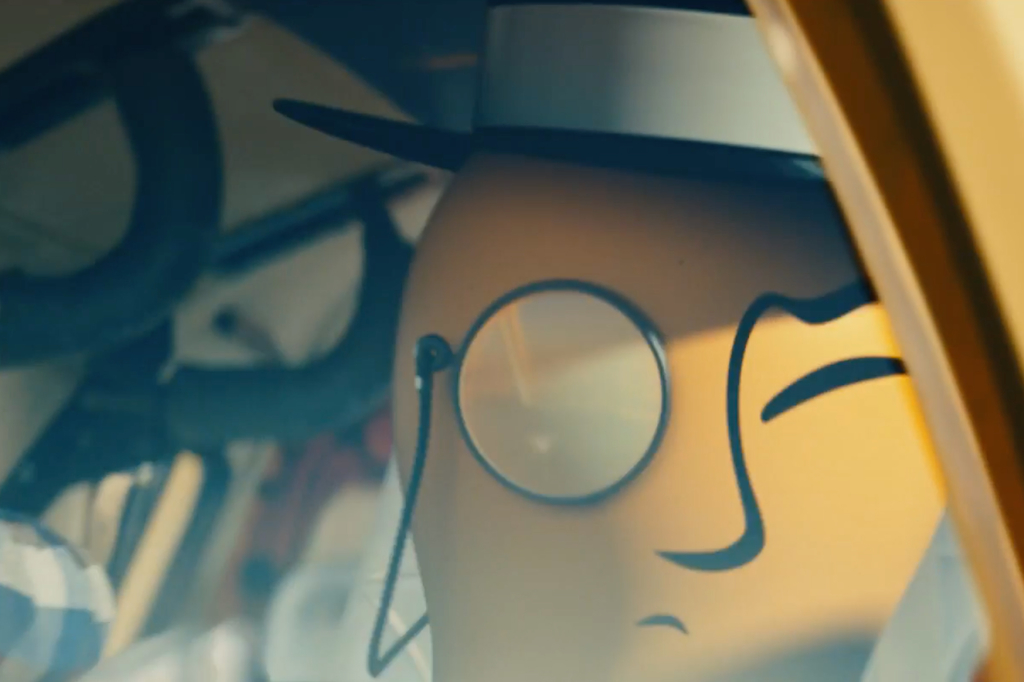 I’m Jeanine Poggi, Ad Age’s senior editor, taking one last look at what you need to know about all of the commercials before Super Bowl LIV gets underway later today.

Perhaps one of the biggest question marks surrounding Super Bowl commercials this year has been how Planters will handle the demise of its spokes-character Mr. Peanut in the wake of Kobe Bryant’s death. The company killed off the fictional legume in a pre-released spot last week. That spot, showing Mr. Peanut fall to his fiery death, was intended to air in the pregame, with a commercial featuring his funeral set to air during the Super Bowl. Well, now it looks like Planters is cutting the pregame spot, Ad Age’s Jessica Wohl reports. And while Mr. Peanut's funeral will still take place during the game, it is being moved from the third quarter to the second quarter. This means the commercial will not air immediately following a planned tribute to Bryant during the halftime show.

The horrific death of the NBA legend certainly wasn’t something Super Bowl advertisers had planned contingency efforts around. But many had to scramble this week to edit scenes or rethink their release strategy to ensure their game day messaging wouldn’t appear insensitive. Toyota edited an undisclosed scene from its commercial; Hyundai’s Genesis removed a helicopter from its original ad; and Hard Rock cut a scene featuring another NBA legend Kareem Abdul-Jabbar.

Tom Brady posted a picture on Instagram last week that showed a silhouette of himself either walking in or out of Gillette Stadium. The picture ignited speculation on the future for the New England Patriots' quarterback. But it apparently might be a teaser to a Super Bowl commercial, according to a tweet from NFL Network reporter Matt Garafolo.

Verizon and T-Mobile are trading barbs in the battle over 5G. It started when T-Mobile released its 5G-focused Super Bowl commercial on Friday. While Verizon has not pre-released its Super Bowl ad, it responded on Saturday with a digital video featuring comedian Jennifer Slate running around New York showing random people that Verizon’s 4G network was more than twice as fast as T-Mobile’s 5G network, Ad Age's George Slefo reports. T-Mobile hit back on Sunday in a blog post from CEO John Legere: "They’ve been busy comparing their 4G network to our 5G network. It’s a clear sign of the times – while we are looking toward the future, Verizon is living in the past. And why wouldn’t they bring up 4G? We already have 5G nationwide while they’re limited to parts of a few cities."

It seems like Super Bowl advertisers are leaving little to the imagination. Heading in to kickoff, 43 ads have been pre-released compared to 30 in 2019. The newest additions include Hummer’s commercial featuring LeBron James; Jeep’s “Groundhog Day”- themed ad and Toyota’s spot starring Cobie Smulders. You can watch all of the ads that have been released so far here.

There will be few surprises, with just a handful of marketers like Sabra and Quicken Loans holding back their creative until the Big Game. Even Facebook, which had originally planned to hold off until game time, released its spot Saturday night.

There are 11 first-time Super Bowl advertisers that we know of in the game this year, including Pop-Tarts, Quibi, Little Caesars and Walmart, on par with last year.

The snack category, in particular, is among the strongest on game day, with nine brands in the game up from five in 2019. Autos will be represented with eight ads from seven brands, compared with six car ads in the game last year.

For the most current look at all the marketers confirmed to air national spots in Super Bowl LIV, check out our Super Bowl ad chart.

You can also take a dive into Big Game ads of yore in Ad Age’s extensive Super Bowl ad archive.

We took a look at the efforts being made by marketers to make Super Bowl ads more inclusive to women and the LGBTQ community. As it stands, 20 women have starring or featured roles in this year’s Super Bowl commercials compared with 32 men. When looking purely at the celebrities featured in the 2019 game, 25 were male compared with 13 female (not including the 40 or so football players in the NFL’s ad).

There are also seven brands that we know of featuring people who identify as LGBTQ, including Ellen DeGeneres and her wife in Amazon’s spot; Lil Nas X in Doritos; “Queer Eye’s” Jonathan Van Ness in Pop-Tarts; drag queens Miz Cracker and Kim Chi in Sabra; and football coach Katie Sowers in Microsoft

Super Bowl ads are more humorous and lighthearted this year, as marketers it seems don't want to go anywhere near politics or issues that could be viewed as controversial. Of the 43 ads released thus far, just 10 have a more serious tone or promote a social or cultural issue (this doesn’t include TV or movie trailers).

But of course we won’t be able to escape politics, thanks to both President Donald Trump and Michael Bloomberg airing commercials in the game. Bloomberg released his 60-second ad earlier this week, while Trump debuted one 30-second spot. But there will also be another 30-second ad from Trump that airs during the game.

Fox is airing these ads in isolated commercial breaks so other advertisers don’t have their messaging appearing alongside the political candidates. Instead, Fox will air promos for its own content in these breaks.

And a fun read before kickoff

Fox Sports’ Brad Zager chats with Anthony Crupi about producing his first-ever Super Bowl. The sports-production pro is determined to let advertisers' vision play out on air during the Big Game.

Ad Age’s editorial team will be bringing you all the Super Bowl commercial news and reactions during the game.

Follow @AdAge on Twitter starting at 6 p.m. where I will be tweeting commentary, insights and analysis about all the commercials. Be sure to join the conversation!

Over on @Creativitymag, Alfred Maskeroni will also be tweeting some commentary.

Of course, Ad Age editor Brian Braiker (@slarkpope) will be in the conversation.

Jessica Wohl (@jessicawohl) will be stationed in Avocados From Mexico’s war room, giving us an inside peek into how the brand responds in real time.