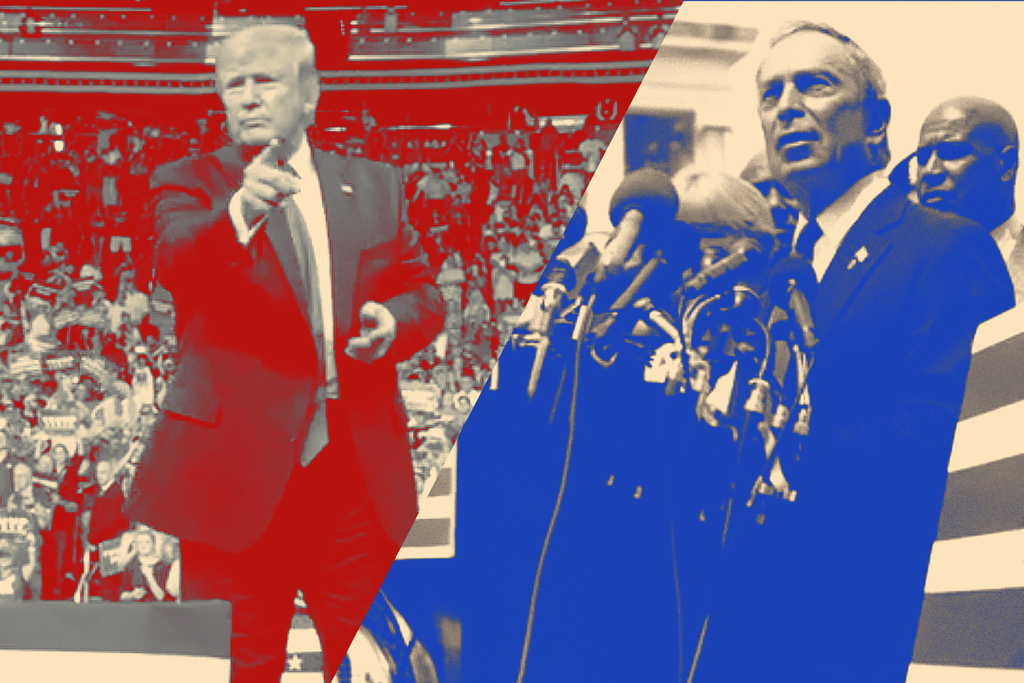 President Trump and Michael Bloomberg square off in the Politics Bowl.

I’m Jeanine Poggi, Ad Age’s senior editor, counting down to Super Bowl LIV. There are just three days to go until the Kansas City Chiefs take on the San Francisco 49ers at the Hard Rock Stadium in Miami. Leading up to the game, which will air on Fox, Ad Age brings you breaking news, analysis and first looks at the high-stakes, Big-Game commercials—all in our Super Bowl Alerts newsletter. Sign up right here to get them in your email.

President Donald Trump and Michael Bloomberg both released their Super Bowl ads on Thursday. Trump’s 30-second ad starts with a voiceover: “America demanded change, and change is what we got.” It continues by saying Trump has made the country "stronger, safer and more prosperous than ever before" and ends with Trump at a rally, declaring, “And ladies and gentleman the best is yet to come.” There are plans to air another 30-second spot in the game.

Bloomberg’s ad calls attention to the national gun violence crisis, telling the story of a Texas mother who lost her son to gun violence when he was 20 years old. Gun violence is also at the center of the NFL’s commercial, which tackles the shootings of black men by police.

While no one really wants to see politics in the game, the one thing we can at least say about these two ads is that neither takes a slam at each other, nor the opposing party. And for that, at least, we can be thankful.

The death of Kobe Bryant in a helicopter crash on Sunday has permeated all areas of culture, including advertising. Super Bowl advertisers have spent the week considering if their ads could, in any way, appear insensitive in the wake of the crash that killed the NBA legend, his daughter and others. General Motors, Hard Rock International and Hyundai Genesis are the latest brands to rethink their Super Bowl plans as a result.

General Motors had planned to pre-release its Super Bowl commercial featuring LeBron James this week. But it has decided to hold the ad until the game “out of respect for this week’s news and all those involved,” Ad Age's E.J. Schultz reports. James, of course, was very close to Bryant. While GM did release teasers today, those do not feature James.

Goodby Silverstein & Partners is behind four ads running in the Super Bowl this year. The agency’s founders Jeff Goodby and Rich Silverstein sat down with Ad Age’s Judy Pollack and divulged secrets behind creating a buzzworthy Super Bowl ad.

One piece of advice: “[This is] not the time to do something that’s rationally right for your brand,” Goodby says.

Two brands released space-themed ads on Thursday. The extended version of SodaStream’s Super Bowl commercial, directed by Bryan Buckley, tells the story of a mission to Mars. Olay also explores space in its ad, which stars an all-female cast and promotes the message, “make space for women.”

It looks like this year’s crop of Super Bowl advertisers are leaving little to the imagination. With three days still to go, 35 brands have pre-released their Super Bowl commercials. That’s already more than the 30 ads that were released ahead of game in 2019.

TikTok gets in the game

Competition is brewing on TikTok among Super Bowl advertisers to capture the attention of young audiences in the days leading up to the Big Game and on gameday, Ad Age’s Garett Sloane reports. Mtn Dew, Hyundai and Chipotle are among the brands flooding the musical video app for the Super Bowl. Here’s a look at how they are playing on the app.