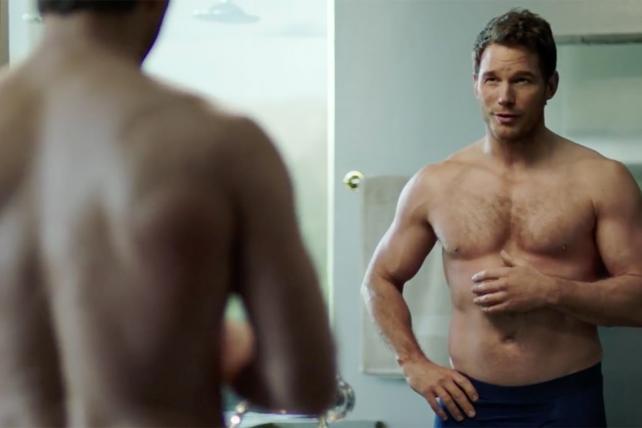 While last year's game was marked by political statements (witness this crazy spot by It's a 10 Haircare, among others), at least a few Super Bowl marketers will be using this Super Bowl to tout less controversial philanthropic efforts, E.J. Schultz reports. Hyundai is using an expensive 60-second ad spot in Sunday's game to plug an organization dedicated to fighting childhood cancer. The automaker and its agency, Innocean, will assemble the commercial with a combination of content captured on game day and pre-shot footage. The spot will air in the fourth quarter.

Yeah baby! Well, not the baby

E-Trade is returning to the Super Bowl after a five-year hiatus, but it isn't bringing its wise-cracking, day-trading infant with it, Adrianne Pasquarelli reports. The New York-based financial firm will air a 30-second spot continuing the messaging and marketing platform it rolled out earlier this year with its new agency MullenLowe, -- "Don't Get Mad, Get E-Trade."

From the Archive: "E-Trade's finance-talking infant was originally created by WPP's Grey New York as a one-time demonstration that the online brokerage is so easy, even a baby can do it." That was 2008, when E-Trade ran two spots introducing the talking baby.

The baby went on to star in five more Super Bowl commercials for the company. In 2009, he got a sidekick who kept derailing his pitch.

Diet and a makeover

Diet Coke is revealing its new look during the Super Bowl, E.J. Schultz reports. In its first Super Bowl ad since 1997, Coca-Cola is looking to "inject the struggling soda with a youthful, blunt-talking vibe and move move away from the glossy, feminine approach it has used for years," Schultz writes. This comes as Diet Coke overhauls its packaging with new slim-shaped cans and the introduction of new flavors like twisted mango and ginger lime.

In the process, Diet Coke will move away from partnering with big-name pop stars like Taylor Swift, opting for some lower-profile celebrities. These include actress Gillian Jacobs, who has appeared in NBC's "Community" and Netflix's "Love," and Karan Soni, an Indian-American actor known for playing a supporting role in "Deadpool."

Tasty? M&M'S dropped its Super Bowl spot on Monday. In it, the red M&M is tired of people trying to eat him and wishes he was human. He is then turned into Danny DeVito. As Jessica Wohl's 10-year-old daughter aptly put it: "I don't get it. They want people to eat them and this is telling people not to eat M&M's." Watch it here.

All the spots right now: And you can watch all the ads that have been released so far here. It will be updated as more commercials become available.

Bezos in the Super Bowl spotlight: Amazon is asking the question what if Alexa lost her voice in its Super Bowl commercial. The teaser, released on Friday, includes a special appearance by Amazon CEO Jeff Bezos.

Twitter is trying to take better advantage of all the conversation on its platform about Super Bowl ads, introducing its own competition to name the best. Twitter says it will give out awards to the brand with highest percentage of all brand-related Tweets; the brand that drove the highest velocity of tweets-per-minute; the brand with the most retweets on a single tweet and the brand without a national TV spot that drove the highest percentage of brand conversation. Winners will receive a suite of ad products and custom research opportunities.

This year for the first time, Ad Age will rank every Super Bowl ad from best to worst based on scores provided by our audience of marketing professionals and captured by Morning Consult. Ads will be rated and ranked on entertainment value, effectivess for the brands and overall. The link to the survey will show up here late this week.

And over at USA Today's Ad Meter Bracket, it's down to two Budweiser ads vying to be the greatest Super Bowl ad of all-time. Interestingly, both ads feature Clydesdales as Budweiser shelves the horses this year.

Crisco gets in the game

When the Philadelphia Police Department spread Crisco shortening on light poles ahead of the Eagles win over the Vikings, aiming to keep fans on the ground during their revelry, a social media moment was born, Jessica Wohl emails. But it was the police department and others, not Crisco, spreading the humorous information, as Ad Age's E.J. Schultz wrote. Now, Crisco has baked up what it hopes is a shareable moment: It's sending sugar cookies made with Crisco to several Philadelphia police stations on Tuesday, according to PR agency Ketchum. ICYMI, here's the @PhillyPolice's tweet from Jan. 21.

Los Angeles Times' Stephen Battaglio takes a look at how Super Bowl LII will test what's been a tough season for the NFL.

Adweek ran a case study taking a look at how Squarespace made last year's Super Bowl ad starring John Malkovich. They also went behind the scenes with M&M'S on the making of their Super Bowl commercial: During the shoot, 713 gallons of a chocolate-like concoction sat uncovered for 12-plus hours.

And NBC revealed another piece of its own Super Bowl creative today promoting the 2018 Winter Olympics in Pyeongchang. This one features alpine skier Mikaela Shiffrin.