See Which Big Game Advertisers Saw the Biggest Increases
READ THIS NEXT
Amp spotlight: Who really won the Super Bowl? 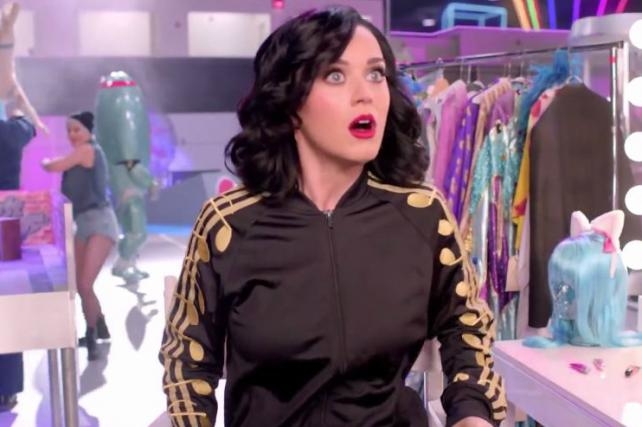 PepsiCo's Pepsi brand notched the highest change in brand buzz thanks to the Super Bowl, but it was McDonald's that scored best in purchase consideration and word of mouth. That's according to YouGov BrandIndex's annual look at pre- and post-Super Bowl metrics.

Thanks to its sponsorship of Katy Perry's halftime show, Pepsi scored the highest change in buzz. The marketer's only official ad in the game was a 30-second spot used to introduce the halftime show that immediately followed it.

YouGov BrandIndex, which says it interviews 4,300 people each weekday from an online panel that's designed to be representative of the U.S. population, crunched the numbers on Super Bowl advertisers before and after the game. It found that Mercedes, Lexus and Toyota got people talking or increased the positive buzz about them more than other Super Bowl advertisers.

But none of those made the top 10 for a lift in purchase consideration, and only Mercedes landed on the word-of-mouth lift.

McDonald's, Nationwide, Carnival Cruises and T-Mobile saw the biggest lift in purchase consideration compared to the pre-game baseline, according to YouGov. (Which may strike many as odd considering the outcry in the wake of Nationwide's ad featuring the death of a child.)

McDonald's was the winner in word of mouth, as well, followed by Victoria's Secret, GoDaddy and Budweiser.

Skittles and Mophie notched big increases as well, but had not been part of the baseline surveys. 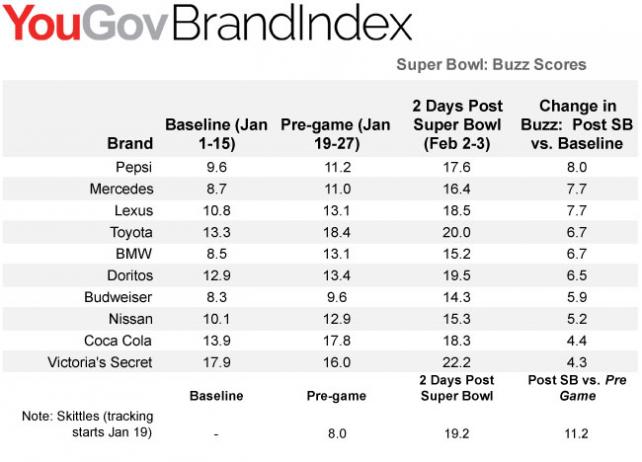 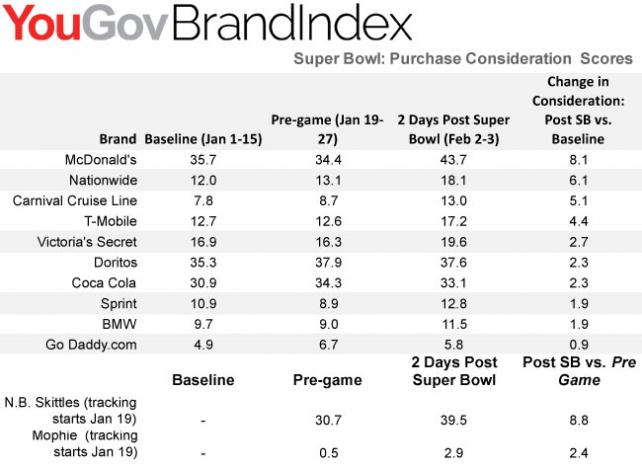 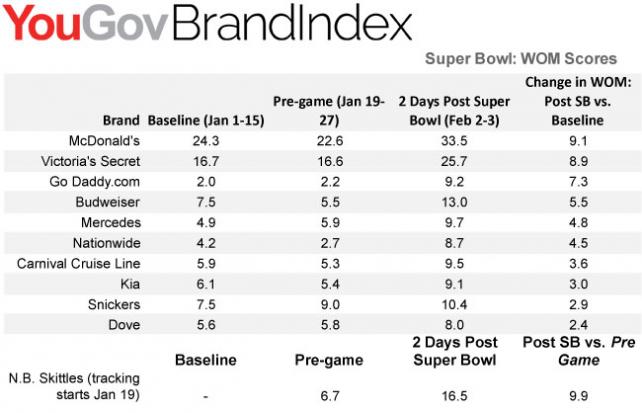 The score for buzz on the chart here ranges from 100 to negative 100 and is compiled by subtracting negative feedback from positive on the question, "If you've heard anything about the brand in the last two weeks, through advertising, news or word of mouth, was it positive or negative?" A zero score would mean equal positive and negative feedback.

Scores for word of mouth and purchase consideration range from 0% to 100%. Word of mouth reflects the brands that respondents said they had talked about with friends and family online or in person during the past two weeks. Purchase consideration reflects the brands respondents said they would consider when they were next in the market.