Super Bowl
All the brands in Super Bowl LV 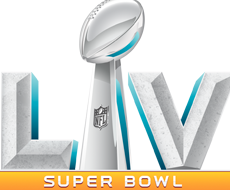 There’s certainly plenty of uncertainty circling Super Bowl LV as the country grapples with a new surge in COVID-19. But despite the very obvious challenges that could impact both game play and the ability to create big-budget commercials, marketers have already started confirming their ad buys in the Big Game.

CBS, which will air the game from Raymond James Stadium in Tampa, Fl. on Feb. 7, has sold out of its A positions, or the first commercial that airs in an ad break. But it still has plenty of inventory to sell, according to people familiar with conversations.

The cost for a 30-second ad unit is remaining steady from last year at around $5.6 million.

It remains to be seen how sectors that have been heavily impacted by the pandemic, like travel and movie studios, turn out. The latter, in particular, is often a big spender in the Super Bowl.

Ad Age’s definition of a Super Bowl commercial includes all national spots between the coin toss and end of play.

Buy: The brewer—which holds exclusive beer category ad rights to the game—will likely run multiple spots, but it has not confirmed its total buy. In 2020, it ran four, 60-second commercials.

Creative: Odds are good that it will use some of its buy to boost its seltzer business. It featured Budweiser, Bud Light/Bud Light Seltzer and Michelob Ultra in Super Bowl LIV.

Buy: M&M’s will air one, 30-second commercial during the first commercial break following kickoff. This is the brand’s sixth Super Bowl ad in the past decade, lasting running a commercial in 2019.

Creative: M&M’s will look to make people smile after a dismal year of fear and divisiveness. The goal of the campaign will be to “inspire people to find ways of connecting with each other,” according to the company. The 2021 ad will of course feature the signature spokescandies, but the company did not disclose if it will include other famous faces.

Buy: WeatherTech will return to the game for its eighth consecutive year with one 30-second commercial.

Creative: The company will once again lean into its pro-America messaging. That theme took a backseat in its 2020 spot, which looked to garner publicity and donations for the School of Veterinary Medicine at the University of Wisconsin-Madison, which had treated the dog of WeatherTech’s founder David MacNeil. WeatherTech introduced a new line of plastic face shields to protect against COVID-19 this year and it also struck a deal with Purell in support of its new CupFone attachment that holds hand sanitizer. The jury is still out on whether the new face shield will appear in the Super Bowl commercial.

Buy: Toyota will return with its fourth consecutive Super Bowl spot. The automaker has not yet confirmed the length or number of spots it will air.

Creative: TBD. In the 2020 game, Toyota ran one 60-second ad for its Highlander SUV. The ad harnessed the classic “There’s no room, go without me!” movie trope, but in Toyota’s version, the Highlander saves the day by rescuing people from everything from chemical disasters to alien attacks. Toyota was one of several Super Bowl advertisers to make last-minute edits to its commercial to remove a scene that could have been perceived as insensitive in the wake of Kobe Bryant’s death in a helicopter crash in the weeks before the game.

Buy: TurboTax will return to the Super Bowl for the eighth consecutive year with one spot.

Creative: TBD. In 2020, TurboTax looked to unite viewers by pointing out something they all have in common: taxes. In the spot, a diverse cast dances to the lyrics, “All people are tax people.” The spot features various races, demographics and people from all walks of life, including two deaf women who sign the lyrics.

Buy: Pringles will return to the Super Bowl with a 30-second commercial. This is its fourth consecutive Big Game spot.

Creative: Pringles will look to build on its previous Super Bowl campaigns, which highlighted its flavor stacking combinations. In 2020, Pringles teamed up with “Rick and Morty” for a commercial that felt more like a scene from the show.

Buy: The soda is back in the game for the second straight year with a 30-second spot

Buy: Fiverr, an Israeli-based freelance platform, will air one 30-second spot in the third quarter of the game. This is its first Super Bowl ad.

Creative: TBD. The spot, which will be an evolution of its recently launched campaign, “It Starts Here,” which will focus on the role Fiverr has played as a resource for businesses during the pandemic.

Buy: Cheetos will return to the game for the second consecutive year.

Buy: Doritos will air return to the game with an undisclosed buy.

Creative: Vroom released its ad on Jan. 12, making it the first Super Bowl LV to drop its in-game commercial. The spot dramatizes the pains of buying a car at a traditional dealership.

Buy: Scotts Miracle-Gro will air one 30-second spot in the second quarter. This is its first Big Game buy.

Creative: The mantra of the campaign is “keep growing,” and will reflect on what the outdoors means for people during the pandemic, from grilling, to a space to work out, an area to work remotely or for kids to do virtual schooling. The commercial, which will include celebrity cameos, is designed to be optimistic, warm and forward-looking, says John Sass, VP, advertising, Scotts Miracle-Gro. The campaign will include a chance for 42 people to win their dream lawn and gardens.