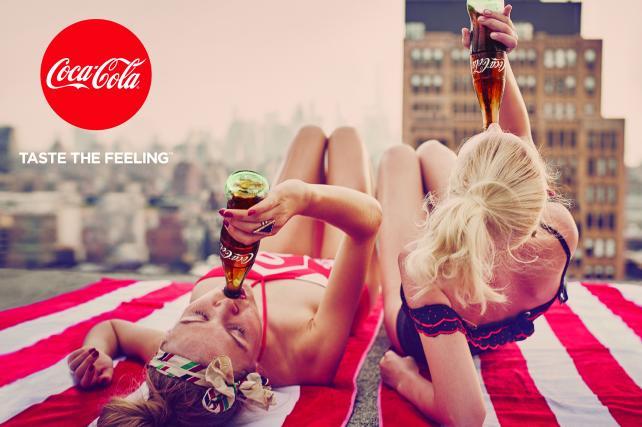 A scene from a recent Coke commercial. Coca-Cola has two slots in Sunday's Super Bowl, and might use them on previously aired work.
Credit: Coca-Cola

Coca Cola Co., one of the Super Bowl's most prolific advertisers, is returning to the game this year, but the marketer is poised to run ads that have already aired.

The marketer as of Wednesday planned to run two previously aired 30-second spots, one for Coke and one for Sprite, according to people familiar with the matter. A Coca-Cola Co. spokeswoman would only confirm that the marketer has secured time to run two 30-second ads. She declined to comment on the creative or the agencies handling the work.

There is of course room for a last minute surprise -- and Coke is known for rarely pre-releasing its Super Bowl ads. But if Coke opts to rerun old ads the move would seem to be a lost opportunity for a marketer that has been known for putting out breakthrough Super Bowl ads. It is unclear what led to the decision, but the move suggests that Coke executives did not buy in on new ideas that its agencies pitched. Wieden & Kennedy has handled at least one Coke Super Bowl ad in each of the last 10 years, dating back to 2007. The agency declined comment.

It is unusual, but not unprecedented, for marketers to run old spots for the Super Bowl. The game, for which 30 seconds of airtime this year is running for roughly $5 million, is advertising's biggest stage and is often the place where brands break new work aimed at seizing on the massive viewership. It is that rare TV moment when some people actually tune in to watch ads.

"A big reason why brands run on the Super Bowl is to be part of all the discussion and if you show up with an old spot it can limit the impact," said Tim Calkins, a clinical professor of marketing at Northwestern University's Kellogg School of Management who co-leads Kellogg's Super Bowl ad review panel. "The big question is how long has the spot been out there. If it's an ad that has run but most people haven't seen it, then it can appear to be a new spot. Most people don't study advertising closely. But in general you don't want to show up with an old piece of advertising on the Super Bowl."

At least a couple of other brands have chosen to rerun previously aired spots this year. Fiji Water brand plans to run a 15-second spot called "Nature's Gift" that began airing in 2015 but was pulled last year. King's Hawaiian is also running an ad that began airing last month in what Erick Dickens, VP of marketing, King's Hawaiian, described as "very select markets."

Coke has a legacy of putting out Super Bowl ads that get noticed. The marketer is behind three of the top 20 Super Bowl ads of all time, according to a ranking Ad Age published last year.

No. 12 on the list is Coke's "America It's Beautiful." The 2014 ad by Wieden & Kennedy weaved together together "America the Beautiful" sung in different languages. It sparked both love and hate online from all sides of the political spectrum, but it put the brand in the center of the Super Bowl conversation for days.

Coke in 2016 began shifting its marketing away from lofty, ideals-based ads and into a new campaign called "Taste the Feeling" that puts the product front and center. Coke had "started to talk in a preachy way to people. And Coca-Cola has always been a simple pleasure," global Chief Marketing Officer Marcos de Quinto, a longtime Coke exec who became CMO in 2015, told Ad Age in January of 2016 as the campaign was launching. "The bigness of Coca-Cola resides in this humbleness, in its simplicity." But the "more that we tried … to preach to the people, the smaller we made it."

The new strategy was apparent for Super Bowl 50 last year when Coke ran a 60-second spot that plugged its 7.5 ounce mini can, which has become a key plank in the cola giant's business strategy of focusing on more profitable, smaller pack sizes. In the ad, the can was the subject of a fight between Marvel characters Ant-Man and The Incredible Hulk ("A Mini-Marvel").

It is not unprecedented for Coke to rerun an ad in the Super Bowl. In 2013, the marketer aired an ad called "Security Camera" that ran mostly online the year prior in Latin America where it racked up creative awards at Latin ad shows. It also aired during the Olympics. But Coke had a new Super Bowl spot that year as well that featured showgirls, cowboys and badlanders racing through the desert for a bottle of Coke.