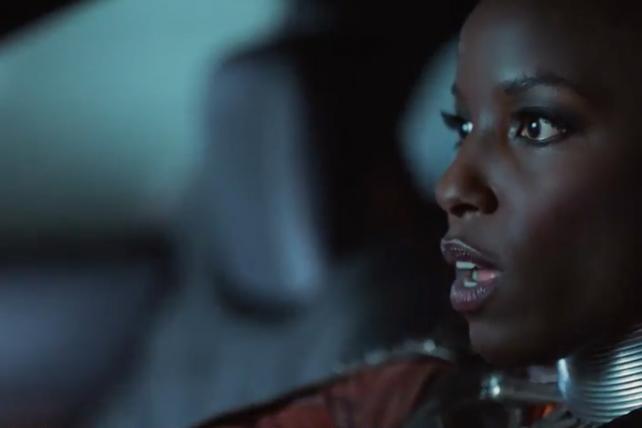 Until now, Stella Artois had been the only marketer to pre-release its full Super Bowl ad. On Thursday, 10 days before the game, it was joined by Groupon, Lexus, Pringles and Febreze.

Groupon, which was criticized for seeming to make fun of charity appeals in its last Super Bowl ad ("Tibet"), this time will not be misunderstood: Just watch what happens to the rich guy who doesn't support local businesses in this ad starring Tiffany Haddish.

Lexus is looking to age down with the "Black Panther"-themed Super Bowl spot it released, E.J. Schultz reports. The spot (actually an extended cut of the :30 it will run in the game) promotes a new Lexus LS, aimed at buyers 45 to 55 years old. That's significantly younger than the average age of current LS buyers, which hovers in the upper 60s, according to the brand.

Pringles is calling its Super Bowl spot "Wow," as Jessica Wohl reports, but for all of Bill Hader's excitement about stacking chips together to combine flavors you'd think they'd combine more than three.

Toilet Bowl
Mundane home cleaning products haven't typically shelled out to compete with all the soda, auto, beer and movie ads in the Super Bowl, but they've carved out a niche lately as odor eliminators and laundry detergents seek the growing number of women tuning in.

(As we noted in our look at gender and Super Bowl ads, women comprised 49% of the total audience for last yea'rs game. That's up from 40% in 2009, the last Super Bowl to average below 100 million viewers. In other words, the game's recent audience growth owes a lot to new female viewership.)

Now Persil ProClean is returning for its third Super Bowl with actor Peter Hermann again in the role of the "Professional." Last year's spot, "10 Dimensions," was directed by Elizabeth Banks. Persil ProClean made its Super Bowl debut in 2016 with a 15-second spot bragging about how a little-known brand topped every big rival in tests. Both spots starred Hermann.

It remains to be seen if Tide and Mr. Clean, who also bought ad time in the game last year, will return.

Ad bracket advances
USA Today's anniversary March Madness-style bracket to vote on the best Ad Media winner of all time has reached its Elite Eight. You can cast your vote here and see which spots are still in the running.

Better luck this time
As the Eagles look to avenge their 2005 Super Bowl loss to the New England Patriots, we took at look at some of the best commercials from Super Bowl XXXIX. (Spoiler alert: There weren't many.) And you can watch more of the ads from 2005 in our Archive.

Out of sync
If you were hoping for an *NSYNC reunion during the Super Bowl, it sounds like you will be disappointed. TMZ interviewed group member Joey Fatone who essentially said the guys wouldn't be joining Justin Timberlake on stage during the halftime show.

Buzzkill
Earlier this week Frank Bruni lamented on the pathetic nature of this year's Super Bowl matchup: "The Patriots perfectly embody our income-inequality era and the tax reform that President Trump recently signed. Their good fortune begets more good fortune. They shamelessly hoard glory. And there's frequently a whiff of cheating in their success."

Essentially totally 100 percent
On Comcast's earnings call on Wednesday, NBC Universal CEO Steve Burke said the peacock "essentially sold out" of its commercial inventory during the Super Bowl, Broadcasting & Cable reports. What that means, of course, is debatable. By the last public account, on Jan. 11 by Dan Lovinger, who leads ad sales for NBC's sports group, there were still about 10 Super Bowl spots to sell.

Counterprogrammed
And for those of you who have no interest in football—let's not forget about the Puppy Bowl on Animal Planet. This year, the Puppy Bowl will feature rescue dogs from areas of the country devestated by natural disaster, including Houston. Sponsors of the Puppy Bowl include Subaru of America, Bissell, Pedigree, Geico, Chewy.com and Wisdom Panel.