Ad Age Picks the Best of the Big Game Spots Over Its Half-Century History
READ THIS NEXT
Amp spotlight: Super Bowl 2020’s best—and most memorable—ads

The marketers and creative departments busily prepping their spots for the 50th Super Bowl on Feb. 7 have a lot to live up to. The ad world's biggest event has spawned some of the greatest commercials that have made America laugh, cry and everything in between while gobbling down their Doritos and Bud Light. 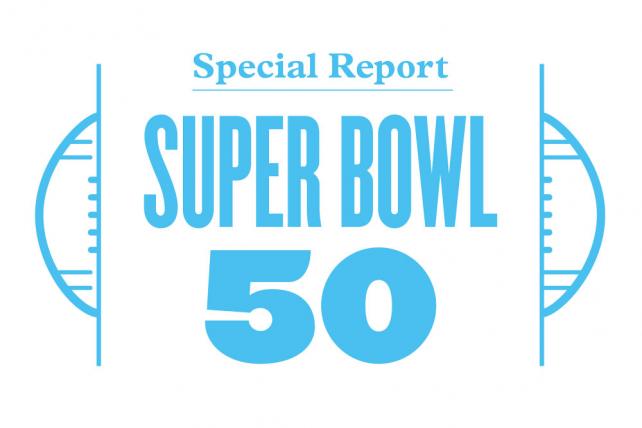 In commemoration of the big anniversary, Ad Age is counting down the top 50 Super Bowl ads of all time. This is purely a subjective list cultivated by the editors that will undoubtedly be debated. But these are the spots that have endured in the creative consciousness long after the final flag went down.

50. Bridgestone, "Reply All." It's happened to us all -- hitting the dreaded "reply all" button on email, which is why this 2011 ad still resonates. The sidesplitter was inspired by an errant email sent in real life by a creative at Richards Group, which handled the campaign. His panic proved to be Bridgestone's gain.

49. E-Trade, "Ghost Town." Remember the dot-com boom? Well it was followed by the dot-com bust cleverly portrayed in this spot featuring the E-Trade monkey riding through the wreckage of the internet millions made and lost. Look for a surprise appearance in this Goodby Silverstein & Partners spot by the Pets.com sock puppet and a nod to the Ad Council's crying Indian campaign.

48. Bud Light, Charlton Heston "I Love You, Man." From "Ben Hur" to Bud Light: Famed thespian Charlton Heston did a rare commercial turn for Anheuser-Busch in this spot from DDB Needham. The kicker is that he gives a dramatic reading of the tagline.

47. American Express, Seinfeld and Superman. Everybody knows Jerry has a thing for Superman, who appears with him in this 1998 spot from Ogilvy & Mather New York. The concept had enough legs that in 2005 it inspired a series of Seinfeld/Superman webisodes hailed at the time as the beginning of the "Madison & Vine" trend.

46. National Football League, "Best Fans Ever." The 2011 Super Bowl brought us this gem from Grey Advertising that mingles characters from "The Simpsons," "Happy Days," "The Sopranos" and more in a tribute to the league's staying power with fans. Putting it on this list was an offer we couldn't refuse.

45. Hummer, "Monsters." This 2006 love story between monsters put Modernista on the map. The romance of robot and a Godzilla-type character give rise -- well, birth-- to an H3. It's the surprising tenderness and the "Love Is Strange" soundtrack that really make the spot.

44. Ali Landry, Doritos 3D. Landry in the laundromat is mindbending enough, but try the calisthenics the former Miss USA contorts herself into as a means to upstage ogling guys -- and scarf down Doritos 3Ds. Then-Ad Age reviewer Bob Garfield's take on this 1998 BBDO spot: "Hubba hubba."

43. Coca-Cola Polar Bears, "Catch." In a Super Bowl environment where horses, puppies, frogs and lizards rule, these cuddly animated bears from Wieden & Kennedy really stand out. The adorable polar bears not only appeared in game ads but "interacted" with viewers in real time, given that Coke estimated that 60% of the Super Bowl's 111 million viewers would be using a second screen during the game. The early social media experiment paid off, with 9 million people interacting with the creatures.

42. CBS, "Late Show With David Letterman." Promotions for network programming rarely make advertising hit lists, but this Oprah, Letterman, Leno trifecta is a notable exception. This spot was named to Ad Age's List of the 12 Spots That Changed Super Bowl advertising. The joke was that Mr. Letterman had publicly called into question then NBC host Mr. Leno's decision to take his "Tonight Show" back from Conan O'Brien.

41. Reebok, "Terry Tate, Office Linebacker." This Arnell Group spot still has us afraid to leave the coffee pot empty more than 10 years after its 2003 airing. The hilariously scary office enforcer was the third most-liked spot in IAG's post-Super Bowl ranking and reappeared a year later in online video, though not in the actual game the second time around. Audiences are still feeling his pain.