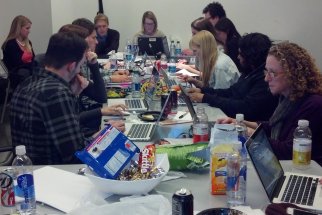 Super Bowl Sunday was filled with ups and downs for Coca-Cola and its agencies -- even before kick off.

The team kicked into high gear with a morning conference call as soon as Pepsi Next's spoof of its Super Bowl ad "Mirage" went live on Funny or Die at 9 a.m. "We knew we had to respond, but we had to keep it lighthearted," said Pio Schunker, senior VP-integrated marketing at Coca-Cola North America. "We wanted to keep it in the vein of imitation is the sincerest form of flattery."

By 3 p.m. Coca-Cola had a response -- a video accompanied by tweets, animated GIFs and Facebook posts in which the Kalaharian, the guy in "Mirage" with the camel, thanks "Coke's greatest fan" for "thinking of our little film so intently in the recent week" and noting that "sequels never surpass the real thing." The voiceover was done by a friend of a Wieden & Kennedy employee.

"Luckily we have three of our copywriters here with us, a designer here with us and a team in Portland that can jump into action," said Jeff Gillett, creative director at Wieden & Kennedy. "We looked through all the assets we had available from the shoot. And some we altered slightly. We came out with a bunch of content that we came up with really quickly."

Once Coca-Cola had its reaction to Pepsi Next, it was time to turn its attention back to the game. Nearly 40 execs from Coca-Cola, Wieden, Starcom MediaVest Group and PR shop Allidura gathered at the 360i offices in downtown Manhattan to manage the brand's second screen experience. Another 20 people worked remotely in collaboration with the team, while Katie Bayne, president-North America brands, and Allison Lewis, senior VP-marketing Coca-Cola North America, were in New Orleans at the game.

The company had released "Mirage" online two weeks earlier, setting up a desert race among showgirls, cowboys and badlanders all chasing a bottle of Coke. Consumers were asked to vote for a team and "sabotage" its competitors, which would determine which follow-up commercial Coke would run right after the Super Bowl concluded. 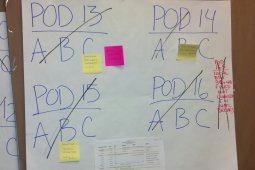 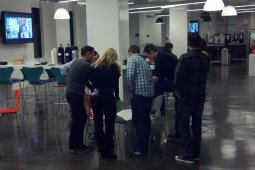 The scene was relatively calm throughout the first quarter as the Coke teams in New York, spread across three conference rooms, monitored social media and traffic to CokeChase.com, the voting hub for the "Mirage" game. Mr. Schunker and Jennifer Healan, group director-integrated marketing content for Coca-Cola, floated between command central, a social-media room and production, where a tangle of cords connected the eight people monitoring site traffic and managing the more than 30 servers dedicated to the campaign.

There was a pause and then applause to acknowledge Coke's first ad, "Security Camera," which was unrelated to the "Mirage" campaign. There was another pause as Pepsi Next's "Party" ad aired. The Coke team quickly posted a response to Pepsi Next that it had prepared earlier, a message from a Coke showgirl saying a house party was nothing compared to Reno. Otherwise, eyes remained glued to computer screens.

Consumers who had been identified by Coca-Cola as "super fans" and sent props from the "Mirage" shoot were posting photos that the brand then promoted. In both the social-media room and command central, people were assigned to watch the game and livestream, calling out plays, as well as tracking the commercial pods as they aired, so that everyone could stay up to speed. A common area was stocked with Mexican and Italian food, plenty of Coke products and packages of Oreos -- whose own Super Bowl brand team was stationed just a floor below, also at 360i.

And then "Mirage" aired. The social-media room started executing the routines that they had rehearsed during five trial runs in the days before: Listeners for each of five platforms -- Twitter, Facebook, Tumblr, Instagram and YouTube -- began gathering consumer comments into Google Docs while writers crafted responses in the same document and others pushed those responses out again along with other, pre-packaged content.

In the production room, however, the situation had become tense. The team was dealing with a massive spike in traffic, to 1.3 million visitors from 33,000 over just a matter of minutes. Though the team had practiced for volumes much higher than that, CokeChase.com was struggling to keep up with the demand. Some users were still getting through and voting, according to execs from the social-media room, but even some people in command central were having trouble pulling the site up on their laptops. Mobile users had an easier time gaining access. Still, the number of interactions climbed rapidly into the millions.

As the production room worked through the situation -- later they would report they had been getting 78,000 site requests per second -- the social-media room put Plan B into action, urging consumers to vote with hashtags via Twitter. "An unexpected sandstorm has halted the chase," the brand tweeted at 7:47 p.m.. "All three teams are hunkered down until it passes. Get your camel to safety and stay tuned."

It wasn't long before a storm of another sort hit, with half the lights going out in the Superdome and ultimately halting play for nearly 34 minutes. Ordinarily that would could have caused a post-game advertiser like Coca-Cola to panic, especially because the football contest was looking like a blowout by the time the blackout began. But the lull gave Coca-Cola time to deal with its traffic challenges. 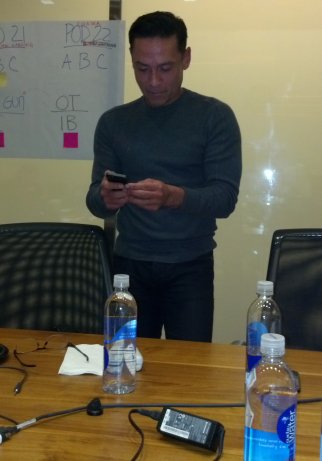 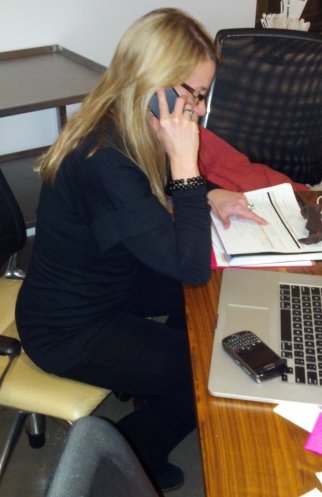 Coca-Cola's Jennifer Healan makes the call: the commercial's showgirls had won the Coke.

"Right now the problem isn't 'Can we keep them interested?', it's making sure the votes are coming through," said Mr. Schunker, who communicated with Ms. Bayne and Ms. Lewis throughout the game. "This is allowing us to fix and resolve these issues."

As the lights came back on, CokeChase.com also stabilized, though another problem arose with Twitter. Apparently because of unusually high volumes, the @cocacola handle was not able to post new public tweets between 8:22 p.m. and 10 p.m., although it continued to send direct messages and replies.

Execs remained tense -- walking around corners to talk quietly on cell phones -- as the number of interactions continued to climb and the lead in the race began to shift rapidly between the three factions. But the football game also picked up, easing any lingering concerns about holding consumers' interest until the post-game "Mirage" finale. As the game edged toward the two-minute warning, Mr. Schunker and Ms. Healan huddled with Wieden execs in the social-media room to make the call. In a close race, the Showgirls were declared the winner. The room erupted in applause and Ms. Healan quickly returned to command central to make the call about which ad should air.

With the polls closed, the social-media room shifted gears, urging consumers to stick around for the post-game ad and follow or "like" Coca-Cola for more content in the coming months. The production team presented preliminary numbers -- 8.2 million interactions, including 910,000 votes, far exceeding the internal goals of 1.6 million interactions, including 400,000 votes.

"The interactions were really critical, in terms of seeing how much people really engaged with the content, so that's probably the thing I'm most pleasantly surprised with," Mr. Schunker said. "We struck out in a different direction, which was a risk, but it paid off."

As the ad showing the Showgirls winning the Coke aired, Mr. Schunker ordered the volume turned up. For the first time all night, all eyes turned to the first screen, the TV screen.