'You Can't Do That' Will Run During Second Quarter

Among the beer, car and cereal ads during this year's Super Bowl, you're also going to see a spot for ... a floor mat. 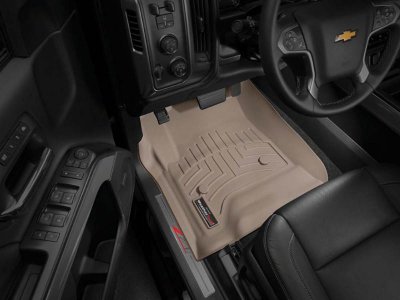 The product won't be a centerpiece of the ad

Automotive floor mat manufacturer WeatherTech said Friday that it had bought 30 seconds of time for a national commercial on Fox during the Super Bowl on Feb. 2.

The ad, a new spot called "You Can't Do That," is scheduled to run in the second quarter of the game and is being handled by Schaumburg, Ill.-based Pinnacle Advertising and Marketing, according to the company.

WeatherTech has been thinking about buying ad time during the game for the past three years, CEO and founder David MacNeil said in a statement. "With our confidence in the improving economy and the reach of over 111 million viewers that the Super Bowl coverage provides, we thought it was the right time to make the investment," he said.

Michael Magnusson, president and CEO of Pinnacle, told Ad Age that WeatherTech hired the agency four years ago, with the objective of helping them build the business to the point where it "made marketing sense" to advertise in the Super Bowl.

Considering that auto brands have long mainted a big presence in the Super Bowl, it might not be a bad idea for an auto accessories company to make its mark. Audi, Chevrolet, Hyundai, Jaguar, Toyota, Volkswagen and Kia are all slated to make appearances this year, as is auto retailer CarMax.