Super Bowl
All the brands in Super Bowl LIV so far 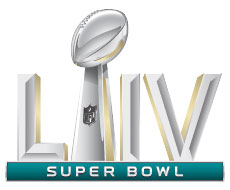 Game on for Super Bowl LIV advertisers. The number of marketers with plans to air commercials during the Big Game, which kicks off on Feb. 2 at Hard Rock Stadium in Miami, is adding up.

With the cost for 30-seconds of ad time in the game, which will air on Fox, hitting $5.6 million, the ad bowl is once again expected to be just as intense as the matchup on the field.

The game will also get political, with President Donald Trump and Michael Bloomberg’s presidential campaigns both buying 60-seconds of ad time.

Our definition of a Super Bowl commercial includes all national spots between the coin toss and end of play.

Buy: The brewer will air four, 60-second ads in Super Bowl 2020, down from five-minutes, 45 seconds in 2019. It will air one spot for Budweiser, a combo ad for Bud Light and the new Bud Light Seltzer, a spot for Michelob Ultra and another for Michelob’s organic brew Pure Gold.

Creative: **Budweiser released its full 60-second spot on Jan. 23, making it the first Super Bowl LIV advertiser to do so. The commercial juxtaposes negative stereotypes of Americans with images of people doing good.

**Bud Light/Bud Light Seltzer will have a humorous tone; and Michelob Ultra ads will once again lean into health and wellness.

Buy: Avocados From Mexico will air a 30-second spot in the second quarter of Super Bowl LIV. This is its sixth consecutive Super Bowl ad.

Creative: Molly Ringwald stars in a spot that “celebrates the American avocado obsession.” The company has featured celebrities and humor in its five prior Super Bowl commercials.

Buy: Kia will make its 11th consecutive Super Bowl appearance with a 60-second spot airing in the third quarter.

Creative: The auto maker released a teaser on Jan. 23 portraying a young boy fielding questions at a press conference like, “What keeps you going out there?” Kia said it will use its ad to shine a light on youth homelessness and for every yard scored during the game will donate $1,000 to charities supporting the cause. This season's ad will be the first under Russell Wager, who took over in July as director of marketing operations after a stint at Mazda.

Buy: Pop-Tarts will air its first Super Bowl spot. The 30-second commercial will run right before the two-minute warning in the first-half of the game.

Buy: WeatherTech is returning for its seventh consecutive big game appearance with a 30-second commercial.

Creative: The car mat maker will supposedly go in a different direction with its creative. WeatherTech has historically leaned-in to its “Made in America” messaging during the Super Bowl. In 2019, it used the big game to promote its new pet products line. As had been the case for WeatherTech in previous Super Bowls, the spot used actual company employees, including WeatherTech founder David MacNeil’s son and their golden retriever.

Buy: Hyundai will run a 60-second commercial in the second quarter of the game. It marks the 12th time in the past 13 years Hyundai will advertise in the game.

Creative: The automaker released a teaser on Jan. 13—the first Super Bowl advertiser to do so this year—previewing the ad, which will feature four Boston-linked celebrities: Actors Chris Evans and John Krasinski, comedian Rachel Dratch and Boston Red Sox legend David Ortiz. The theme centers on the notorious Boston accent.

Buy: The sports car brand will make its first Super Bowl appearance since 1997.

Buy: Coca-Cola is returning to the Super Bowl with one 60-second commercial after sitting out of the game in 2019. The company is a regular Super Bowl advertiser, but last season opted to run an ad during pre-game—right before the National Anthem—breaking a streak of in-game Super Bowl ads that went back to 2006.

Creative: Multiple brands are under consideration for an in-game ad; possibilities include new products Coke Energy or Aha sparkling water.

Buy: The beverage is back in the game with a 30-second ad after sitting it out last year.

Creative: A teaser was released on Jan. 16 that riffs on the 1980 horror flick “The Shining.” Tracee Elliss Ross will appear in the commercial, which will plug Mtn Dew Zero, a new sugar-free variety.

Buy: The Volkswagen Group-owned luxury brand will make its 11th appearance in the game.

Buy: Pringles will air its third Super Bowl spot. The 30-second commercial will run during the second quarter.

Creative: Once again, Pringles is focused on flavor stacking the crisps, but this time it’s bringing pop culture reinforcements. Adult Swim’s Rick and Morty partner with Pringles “to unlock endless flavor combinations through stacking.” A Pickle Rick flavor will also appear in stores. Rick and Morty’s Twitter handle dropped a six-second teaser of the spot on Jan. 21.

Buy: The mutual life insurer will air a 60-second commercial between the first and second quarters.

Creative: The spot is part of New York Life’s larger campaign celebrating the company’s 175th anniversary. While no specifics have been unveiled, the commercial will “highlight the values that have been the foundation of New York Life for nearly two centuries,” Kari Axberg, VP, brand marketing, New York Life, said in a statement. New York Life had been a regular Super Bowl advertiser in the 1970s and 1980s, but hasn’t run an ad in the Big Game in about 30 years.

Buy: Snickers will return to the Super Bowl with a 30-second spot airing in the first quarter of the game. The chocolate brand sat out of the last two games.

Creative: The chocolate brand will celebrate the 10-year anniversary of its “You’re Not You When You’re Hungry,” campaign. Snickers debuted a teaser on Jan. 21 revealing the company will fix the world from problems like people talking on speaker phone while they walk and children who still live at home by digging a hole (it remains to be seen how the hole will help).

Buy: The automaker will air one one 60-second commercial. This marks its third straight Super Bowl appearance.

Creative: The ad will kick-off a new campaign for the Highlander SUV.

Buy: Facebook will make its first foray into the Super Bowl with a 60-second spot.

Creative: Sylvester Stallone will star in the ad, which will also feature comedian Chris Rock. Stallone leaked footage in an Instagram post showing him recreating his famous scene in “Rocky” where he runs up the steps of the Philadelphia Museum of Modern Art. He later tweeted: "It was fantastic working with @chrisrock. We got along great. Admire his wit... @Facebook did a great job producing, and it is going to be amazingly entertaining at #SuperBowlLIV."

Buy: Squarespace is returning to the Super Bowl after sitting out last year with a 30-second spot that will air between the first and second quarters.

Buy: Sabra will air one 30-second spot in Super Bowl LIV, making its first foray into the Big Game.

Buy: Hard Rock International will air a 60-second spot in the ad break before the halftime show. This is the first Super Bowl commercial for the hotel and casino chain.

Creative: Michael Bay will direct the spot, which was filmed at Hard Rock’s new guitar-shaped hotel and casino in Hollywood, Florida.

Creative: The goal of the ad is to instill confidence in people doing their own taxes and is part of TurboTax’s larger campaign that kicked off during the Rose Bowl on Jan. 1.

Buy: Olay will return for its second consecutive Super Bowl spot with one 30-second ad running in the first quarter.

Buy: SodaStream will return to the Super Bowl with its first commercial since 2014. The 30-second ad will run immediately prior to the halftime show.

Creative: Bill Nye the Science Guy appears in a teaser for the commercial, which dropped on Jan. 22. Bryan Buckley direct the spot (he also directed SodaStream’s 2014 Big Game ad). SodaStream has a history of having its original creative rejected by the networks because it openly attacked then competitors Coke and Pepsi (PepsiCo now owns SodaStream).

Buy: Michael Bloomberg’s presidential campaign will run a 60-second spot in the game.

Buy: Heinz will air a 30-second spot in the second quarter of Super Bowl LIV. This is its first Super Bowl ad since 2016.

Creative: Details are still under wraps, but the spot was directed by Roman Coppola, the son of Francis Ford Coppola. It is expected to showcase the broader Heinz lineup, from ketchup to newer condiments such as the latest mashup, HoneyRacha.

Buy: Cheetos will return to the Super Bowl for the first time in 11 years with a 30-second spot.

Creative: Doritos dropped a teaser of its spot on Jan. 17, featuring Sam Elliott and the lyrics to “Old Town Road” from Lil Nas X featuring Billy Ray Cyrus. On Jan. 21, a second teaser dropped as the brand confirmed the singers would both appear in the Super Bowl spot. The spot is focused on Cool Ranch Doritos.

Buy: Planters will air a 30-second spot during the third quarter.

Creative: Actors Matt Walsh and Wesley Snipes lived to see another day as spokescharacter Mr. Peanut fell and ultimately exploded in a teaser that is set to run in a pregame slot. The third-quarter spot will serve as a funeral to the 104-year-old Mr. Peanut.

Buy: Turkish Airlines is back for its fifth Super Bowl with a 30-second spot airing in the third quarter.

Creative: TBD. Last year, the airliner ran a commercial from filmmaker Ridley Scott that celebrates Istanbul and its new airport.

Buy: Verizon will air a 60-second commercial in the first half of the game.

Creative: The spot will once again focus on first responders, but Verizon will also use the Big Game to promote 5G.

Buy: The NFL will air a 60-second in-game ad and another spot running right before kickoff.

Creative: The league will replay an ad that debuted on Jan. 19 that put a spotlight on police shootings of young black men. The spots stars retired NFL receiver Anquan Boldin, sharing the story of his cousin, Corey Jones, who in 2015 was shot and killed by a Florida police officer dressed in plain clothes while waiting for roadside assistance. It plugs the NFL’s “Inspire Change” program that includes social justice programs. The league will run a more lighthearted spot just before kickoff that it says will “celebrate the game itself and pass the torch to our next generation of fans.” It is part of its yearlong effort celebrating the NFL’s 100th season.

Buy: The beverage giant will run a 30-second ad for Pepsi Zero Sugar.

Creative: The brand revealed on Jan. 21 that the ad for the sugar-free cola will star Missy Elliot and artist H.E.R.

Buy: Discover is returning to the game with two, 15-second ads running in the fourth quarter. This is the credit card company’s first spot in the Big Game in five years.

Creative: The dual commercials will cover a “Yes” and “No” dynamic to demonstrate Discover’s acceptance rate at most stores and lack of annual fee.