From the Big Screen to Any Screen, Some Takeaways for Marketers and Media Companies
READ THIS NEXT
How restaurant chains are duking it out to be the best in their categories
Kraft's Miracle Whip brand was featured in Lady Gaga's 'Telephone' video.
Credit:

Music videos become latest product placement vehicles: Lady Gaga's epic nine-and-a-half-minute music video for "Telephone" racked up huge traffic (95 million streams on YouTube alone), multiple MTV Video Music Awards and huge exposure for brands such as Virgin Mobile, Wonder Bread, Miracle Whip, PlentyOfFish.com and Polaroid, each of which were featured in extensive (and blatant) product placement throughout the buzzy mini-movie. It was a move echoed by everyone from Flo Rida (branded single "Zoosk Girl") to Taio Cruz (the BMW-sponsored "Higher") to Travie McCoy and Bruno Mars (Mini Cooper had a co-starring role in "Billionaire.") With less and less revenue coming to artists from album sales, expect more deals like this in 2011 and beyond.

Product placement on TV gets creatively campy: Can you imagine "Chuck" without Subway? Ever since the sandwich chain became a marketing partner of NBC's action-comedy spy series, the writers have found increasingly campy ways to weave the brand into the series without disguising the awkwardness -- if not preposterousness -- of the integration. In a recent episode, a Subway sandwich was used as bait to lure guest hottie Summer Glau into a trap. If only it were so easy in real life.

Product placement on TV stuck in creative rut: USA's hit series "Burn Notice" has in the past successfully worked with many brands, such as General Motors and Nationwide Insurance. This year the show created custom spots with Hyundai that aired during commercial breaks to give viewers some added value with behind-the-scenes footage. But when burnt spy Michael Weston delivers his tips during an episode about what a good secret agent needs from a car, the integration does nothing to enhance the scene and only calls attention to forced script integration.

Jingles are back: OK, so maybe the use of music in many ads isn't the jingles of yore, but brands are turning to original songs -- if not sounds -- to create a connection between brand and consumer. From Gatorade tapping hip-hop producer David Banner to pen a rockabilly tune for its current "Revolution" campaign to Doritos partnering with Rihanna recently to record a new song called "Who's That Chick" for its Doritos Late Night, marketers are giving new life to original, branded music that helps lift band and brand alike. 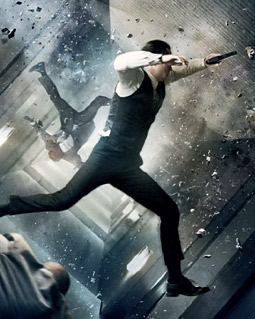 Moviegoers can handle mystery: It helps Warner Brothers to no end that director Christopher Nolan ("The Dark Knight") is enough of a brand name that he can be used to help promote a film that's next to impossible to explain in a conventional trailer. But the studio didn't try to dumb down its efforts to turn the delirious "Inception" into a standard summer blockbuster. It showed just enough of the special effects to return audiences to theaters after a slow June at the box office.

Not everyone is a fanboy: 2010 was a mixed year for movies and TV shows based on comic books. But one thing became clear: Unless your character is named Iron Man, playing up a property's ties to a comic book didn't excite the masses needed to make a movie a hit, even if it did lead to strong word of mouth among the fanboys (see below). "Iron Man 2," "Red" and "Walking Dead" (and "Human Target ," to an extent) fared very well because they were marketed as mainstream entertainment events, not only niche adaptations. Properties that played up the comic-book hook such as "Kick-Ass" and "Scott Pilgrim vs. the World" disappointed.

Twitter is a measurable marketing tool for movies: Whether it was Disney's launch sponsorship of Twitter's Promoted Tweets platform for the release of "Toy Story 3," or Paramount's successful ability to leverage word-of-mouth to make surprise hits out of low-budget movies like "Jackass 3D" and "Paranormal Activity 2," Twitter's promise as a tracking tool may have finally been delivered on this year.

Twitter is an irrelevant marketing tool for movies: Whether it was Universal's low-grossing "Scott Pilgrim vs. the World" appearance as a top trending topic for a full two weeks after it flopped at the box office, or Disney's ability to translate paid tweets into ticket sales for the under-performing "Sorcerer's Apprentice," Twitter's promise as a tracking tool may still be inconclusive at best this year. 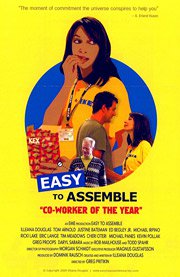 Brands become producers-and distributors-of entertainment online: 2010 was such a watershed year for branded content online, it's probably easier to name the marketers that didn't create a web series in the past 12 months. From Ikea (Illeana Douglas' "Easy to Assemble") and Lexus (Lisa Kudrow's "Web Therapy") to Ford, Mars and Sprint (Seth Green-produced "Control.TV"), brands became the producers, distributors and occasional stars of their own web content. And in several cases, they got strong sales lifts to boot-see Kraft's "Real Women of Philadelphia" YouTube campaign with Paula Deen or P&G's "Buppies" web dramedy with BET for proof.

Marketers find success in media ownership: Forget Viacom, News Corp. and Disney, the next big media companies are established brands and marketing organizations. Major League Baseball now has its own cable network, a hugely successful streaming sports site (MLB.com) and a back-end infrastructure that powers competitors' websites such as ESPN3.com -- and even CBS's March Madness college basketball streaming coverage. Hasbro has a growing suite of hit movies ("Transformers," "G.I. Joe") and a new cable network under its belt with Discovery Communications (The Hub, which launched in October to middling ratings ). Up next: The World Wresting Entertainment Corp. is prepping its own branded cable network next spring, following launches of its own film division and continued ratings strength of shows such as "Smackdown" and "Raw."