Is There a Seat for Google at Old TV's Table? | Ad Age
Skip to main content

Is There a Seat for Google at Old TV's Table? 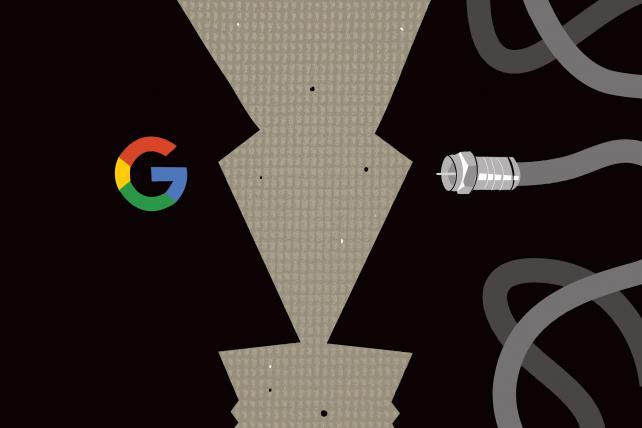 Ad buyers will fill venues in New York City this week to watch TV networks stage shows pitching oceans of commercial time in their upcoming seasons. But behind the curtain, ad-tech engineers, sales teams and strategists are vying to control the future of TV advertising.

The competition became higher-profile in April, when Google showed up at the National Association of Broadcasters conference in Las Vegas and announced a bevy of TV-related products including, most notably, technology that targets commercials to streaming-video viewers one by one.

"It's never been easier to watch what we want, when we want, where we want it," Daniel Alegre, president of global partnerships at Google, told the crowd. "And so, amidst all the doom and gloom about TV dying, a new and better version of TV is rising from the ashes."

But Google's better version of TV advertising is only as good as the reach of its DoubleClick for Publishers. Customers include Roku, Cablevision and AMC, which use it to serve ads in digital streams of TV programming. And in tests of its new dynamic ad insertion capability, Google showed individualized ads to viewers streaming big events such as a Republican presidential debate on Fox News.

But the company lacks deals to use cable or satellite set-top boxes to send targeted ads to people watching video on demand, and the TV industry's major powers don't seem inclined to let Google through that gate.

"My opinion is that Google's introduction of its ad-tech solution will go absolutely nowhere," said Michael Bologna, president of GroupM's Modi Media, a buying and planning agency dedicated to digital distribution. "No cable system is going to want Google anywhere near its set-top box. None of them are going to change and reengineer what they already have because something different just came out. And even if they were going to do that, it wouldn't be with Google. Google is competition."

It's a direct rival to Comcast's FreeWheel, a programmatic platform that inserts ads into streaming video and video on demand and is installed on Comcast's Xfinity X1 cable box. Other pay-TV companies such as Time Warner, AT&T and DirecTV already work with other vendors.

FreeWheel Chief Revenue Officer James Rooke said Google's interest in the $70 billion-plus TV market is understandable, but at odds with the company's aggressive efforts to lure ad budgets from TV to YouTube. "On one hand, Google is pushing its ambitions to support the TV ecosystem," Mr. Rooke said. "And on the other hand, they are messaging that YouTube is more valuable than television and attacking the TV industry."

Indeed, YouTube made headlines this month when Interpublic Group's Magna Global said it would shift $250 million in clients' ad spending to the platform from TV. That's a drop in the bucket when compared with the summer upfront deals, which are likely to total $19 billion or $20 billion, but Magna Global North America President David Cohen casts it as a symbol and a call to action.

Some industry execs also look at ad tech and see a middleman such as Google as a black box between marketers and ad sellers—a dynamic they are not eager to introduce to TV. "There is this whole middleware of the business with digital, or the ad network model, that we're trying to unravel," said one high-level agency executive who asked not to be named. "A lot of people question the value and opportunity that gets lost with that whole middle of the business. As we move toward television, it is not a question of giving anything up, but more about how do we skip that step where we create a black hole or a black box in the middle of the business. We don't want to have to unravel that five years from now."

At the same time, new streaming services seem to arrive every day, giving Google plenty of potential partners even if its tech never enters a cable box. Google says TV's state of flux is ripe with opportunities to make ads better without driving existing players out.

"Ad tech is an enabler," said Rany Ng, product management director at Google. "It is a platform for how TV or video can be bought or sold. I don't necessarily think it will take over."