Where There's a 'Will': Turner Touts a More Adventurous Upfront Slate

In Kevin Reilly's First Real At-Bat, Some Big Swings
READ THIS NEXT
NBCUniversal takes its upfront from Madison Ave to Main Street with '30 Rock' reunion 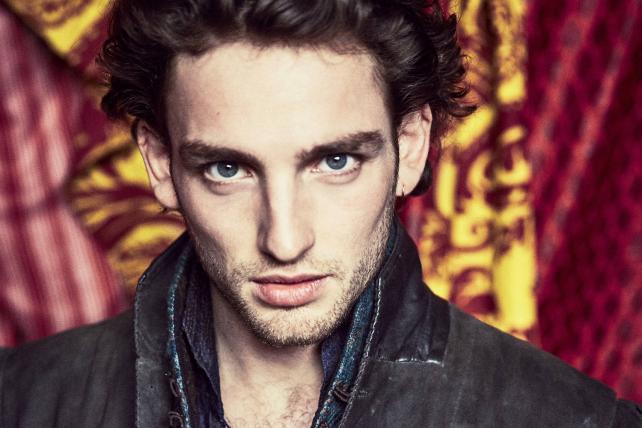 Laurie Davidson stars as a young William Shakespeare in the new series 'Will' from TNT.
Credit: Courtesy TNT

Five months after doing away with a trio of underperforming dramas that were holdovers from the previous TNT administration, Kevin Reilly is beginning to rebuild the cable network to his own specifications, locking in orders for five new series and opening the sluice gate on an ambitious development pipeline.

The president of TNT/TBS and chief creative officer for Turner Entertainment, Mr. Reilly this morning will reveal what's in store for his suite of cable networks during the company's upfront presentation at the Theater at Madison Square Garden. This marks Mr. Reilly's first "official" pitch to Turner advertisers, as nearly every program he introduced during last year's coming out party was a holdover from the era that predated his arrival in January 2015.

In order to clear away some dead wood, Mr. Reilly in December canceled two ratings-challenged freshman series ("Public Morals," "Agent X") and the second-year "Legends," which had the dubious distinction of being TNT's lowest-rated original series. In its final season, the Sean Bean vehicle averaged 570,000 live-plus-same-day viewers and a 0.13 rating in the target demo, which works out to be a paltry 164,850 million adults 18 to 49.

Turner had previously pulled the plug on the Jennifer Beals supernatural drama "Proof" after a single 10-episode run.

With plenty of room on the schedule for new development, Mr. Reilly is set to take the wraps off a slate that promises to be a departure from the sort of older, female-skewing series ("Major Crimes," "Rizzoli & Isles") that in recent years have accounted for a disproportionate share of TNT's scripted ratings points.

Most of the projects are already familiar to TNT observers, as they were introduced in some way, shape or form during the Turner's 2015-16 upfront show. Nearly a year to the day after the eight-part period piece/psychological thriller "The Alienist" was ordered to series, the adaptation of the 1994 Caleb Carr bestseller is on track for a 2017 release. Meanwhile, "Will," a swaggering portrayal of the life and times of the young William Shakespeare that reimagines the Bard of Avon as some kind of sexually adventurous punk provocateur, has been bumped up to a 10-part series commitment. It too is expected to debut sometime next year.

"'Will' has an energy and style that is unlike anything else on television today," said Sarah Aubrey, exec-VP of original programming for TNT, who characterized the author of "Hamlet" and "King Lear" as a "16th century rock star" before crediting the show's cast and creators with "putting a fresh, bold spin on the story of Shakespeare."

TNT also has ordered a pilot for the ripped-from-the-headlines-of-every-newspaper-in-the-country political drama "Civil," which takes place in the wake of a hotly contested presidential election, and has lined up "Reno 911" and "Scream Queens" standout Niecy Nash to star in the pilot for Rashida Jones' one-hour dramedy "Claws," in which a clutch of Florida manicurists establish a nontraditional organized crime family.

Also in the works is the previously announced M. Night Shyamalan horror anthology "Tales from the Crypt," a reboot of the macabre HBO strip that ran from 1989 to 1996. Interestingly enough, the one-hour series "Time of Death," which after its April pilot order appeared to be on the fast track to accompany "Crypt" as part of a new two-hour horror block, may wind up being absorbed by the legacy series. If "Time of Death" merges with "Crypt" -- both are executive produced by Mr. Shyamalan -- the development project "Creatures" may well be slotted alongside the seniormost spook show.

While many of those who were pitched on the concept earlier this year said the new-look "Crypt" could prove to be a must-buy ("the biggest shows on cable are about zombies and dragons and ghosts and O.J.," one national TV buyer joked), one agency exec said he wasn't a "big fan of putting my clients into the dark stuff … and I'm certainly not a fan of paying more to buy time in the dark stuff because they're reducing their ad loads."

While Turner, part of Time Warner, hasn't said how it will manage its inventory in and around "Crypt," TNT has committed to creating far more uncluttered, viewer-friendly environments for its upcoming dramas "Animal Kingdom" (June 14) and "Good Behavior" (sometime this fall). In pledging to add "an extra 10 minutes of story" to each episode, TNT is effectively paring the ad loads down to the bone, which in turn will allow it to charge a premium for the commercial messages that do make the final cut. (According to a recent iSpot.tv survey of of first quarter ad inventory, TNT already boasts the lightest spot load of all Turner nets, averaging just 12 minutes and 45 seconds of commercial interruptions in primetime, significantly under sibling TBS' 15 minutes and 30 seconds.)

Over the course of the 2016-17 season, Turner will roll out some 13,00 hours in original content across TNT, TBS, Adult Swim, Cartoon Network and TruTV. New TBS series include the scripted comedies "Wrecked" (June 14) and the forthcoming "Search Party" and "People of Earth." For its part, TruTV has ordered six pilots, including "Small Victories," a scripted comedy from Melissa Hunter, a writer on NBC's variety show "Maya & Marty," and "I'm Sorry," a mirthful look at perpetual adolescence among L.A.'s forty-something set.

Of course, because the upfronts are all about selling stuff -- a lot of stuff -- and because Big Data remains the rallying cry for networks looking to create smarter, more high-impact media environments for their clients, Turner will have more to say on that score. Building off the early success of the company's Audience Now and Targeting Now ad platforms, Turner ad sales president Donna Speciale on Wednesday will brief buyers and marketers on "Turner Ignite," a new division designed to use advanced analytics and custom creative to help develop more relevant and engaging commercial messages.

Naturally, Ms. Speciale also will talk up Turner's aforementioned commitment to reduce its commercial loads across "select" networks, but going forward, data would seem to be the pole star. "Our vision has not changed," Ms. Speciale said. "We are doing it. We have transformed to be a data-driven content creation and distribution company that puts the consumer first."

Turner's upfront presentation kicks off this morning at 10:15 a.m. EDT.