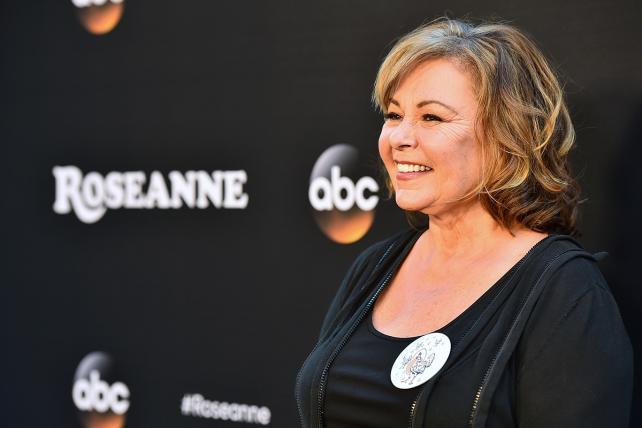 Will doing the right thing hurt? That's what the entire TV industry will want to see after ABC canceled its biggest hit, its revival of "Roseanne," over its namesake star's racist Twitter rant.

Pulling the plug on the show was surprising particularly given its role as a centerpiece of ABC's annual pitch to advertisers just two weeks ago. And as it enters upfront negotiations, where it and other networks will sell the bulk of their ad time for next season, ABC will be scrambling to make up for the lost ratings points.

"This changes ABC's position and capacity," one media buyer says. "All of a sudden it's a sizeable hole to fill post upfront presentation."

The first season of the new "Roseanne," which ran from March through May, generated roughly $45 million in ad revenue, Kantar Media estimates.

Next season, ABC was slated to run 13 episodes. Potential ad revenue for the episodes' first airing could have been as much as $60 million, according to Kantar Media.

And that doesn't appear to take into account the price hikes that ABC would have expected going into season two of a smash hit. ABC sold the first season of the reboot for $167,000 for a 30-second spot on average during last year's upfronts, according to Ad Age's annual pricing survey. It likely could have doubled prices this time around.

Still, the buyer doesn't expect the cancellation to change the amount of money agencies will spend with ABC.

"It's a blow for ABC, no doubt, but I don't think they had a choice. Unfortunately it was one of the few bright spots for them this year," a second buyer says. "Advertiser-wise, it generally worsens the outlook for ABC's schedule a bit, but I don't see it dramatically impacting budgets."

The show helped move ABC out of fourth place in the demo, where the network has lived for five of the past six seasons, ending the 2017-18 campaign tied for the No. 2 spot with both CBS and Fox.

Losing its No. 1 rated show will put a dent in the number of gross ratings points it will have available to sell next season. To make up for it, ABC could look to charge premiums in other inventory.

ABC took swift action, announcing it was pulling the shows within hours of Barr's tweet calling former Obama White House advisor Valerie Jarrett a child of the Muslim Brotherhood and "Planet of the Apes." The remark, part of a Twitter conversation on another subject, was condemned by other Twitter users as racist.

"Roseanne's Twitter statement is abhorrent, repugnant and inconsistent with our values, and we have decided to cancel her show," Channing Dungey, president of ABC Entertainment, said in a statement on Tuesday afternoon.

"Roseanne" was important for the alphabet network, not just for its monstrous ratings. It also helped ABC's quest for inclusivity and diversity.

The network has been at the forefront of pushing diversity both in front of and behind the camera with Shonda Rhimes' dramas plus comedies like "Black-ish" and "Fresh off the Boat." But true diversity means representing everyone, including right-leaning viewers. That's what "Roseanne" did.

ABC has previously shed one of its only shows that checked that box when it canceled the Tim Allen comedy "Last Man Standing" last season. (It has since been picked up by Fox.)

ABC was planning to move "Roseanne" to its fall schedule from the spring next season to get an early boost to ratings. The show was positioned to kick off ABC's Tuesday night comedy block and serve as a lead-in to its new 70s-era sitcom "The Kids are Alright."

"Roseanne" debuted in March to more than 18 million viewers and received praise from President Donald Trump, who called Barr to congratulate her on the ratings.

The second season of the "Roseanne" reboot was going to focus more on family dynamics and less on politics, Dungey had said during a call with press in discussing ABC's 2018-19 schedule.

But politics got to it first.