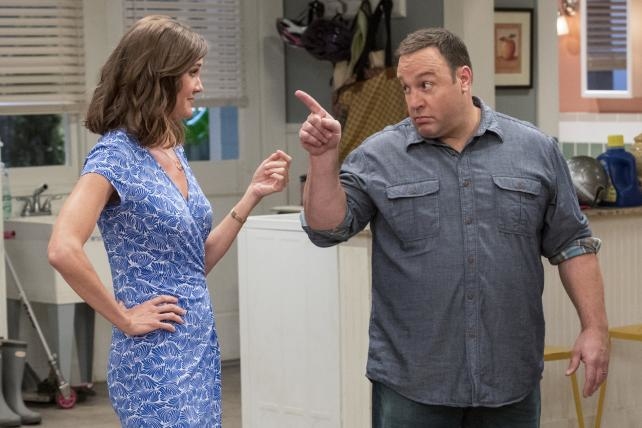 For all the talk about TV innovating and acting more like digital video, the message during this week's upfront pitches was one of stability. From leaning on familiar franchises and showrunners, to keeping large portions of schedules intact, TV execs were hoping to provide some assurance to advertisers amid a year that has been rife with upheaval for the industry.

And as the networks talked up their remakes and steady schedules, they took jabs at digital video outfits claiming online content has the same reach and engagement as TV.

It seemed for all the talk of data capabilities and new targeting ad products in the weeks leading up to the upfront presentations, network executives realized the best way to compete with digital is to position themselves as safety nets.

Reboots: TV networks will be relying on some familiar IP next season, with every network remaking a movie or old TV show. Fox will air "Lethal Weapon" and "The Exorcist" next season and is also reviving "Prison Break" as a limited series and introducing a "24" spinoff; NBC picked up "Taken," based on the movie starring Liam Neeson, and added another "Chicago" franchise -- "Chicago Justice' -- to its lineup as well as a spinoff of "The Blacklist." CBS is bringing back "MacGyver" and The CW will air "Frequency," based off the 2000 movie of the same name. For the most part, familiar programming is safe. There's a built in fan base who will at least sample the show, and Dana Walden, co-Chairman and co-CEO, Fox Television Group, said these shows don't require the same "marketing muscle" as completely new programming. With the sheer amount of content available making for an extremely cluttered environment, if the right spinoff or remake comes along, "there's no reason not to pick it up as you already have the awareness and it makes the launch and marketing easier," said NBC Entertainment President Jennifer Salke.

Steady Schedules: There was an effort to retain familiarity in schedules, with networks keeping some of their biggest hits on the same nights and in the same time periods and adding significantly fewer new shows to their fall lineups. Some broadcasters only added a handful of new shows to their fall lineups. NBC is adding just three new shows to its fall schedule and shifting just four of its existing shows to new time periods. "It's the first time in a long time we're not running around throwing shows against the wall, and hoping for the best," said Robert Greenblatt, NBC entertainment chairman. Gary Newman, co-Chairman and co-CEO of Fox Television Group, said the network will have its most stable schedule in four years keeping its biggest show, "Empire," for example, on Wednesday nights at 9 p.m. The CW also renewed all 11 of its scripted series for next season, picking up just four new series.

Family Comedy: There was little in the way of truly outside-the-box programming, with broadcasters instead focusing on the tried and true, which meant an abundance of family comedies. CBS is doubling down on its sitcoms, with plans to air eight comedies during the 2016-2017 season. These include laughers with familiar faces Kevin James and Matt LeBlanc. ABC is adding another night of comedies to its schedule, building out Tuesday as a home to new and returning sitcoms like "The Middle" and "Fresh off the Boat." And NBC is bringing comedies back to Thursday nights, where powerhouse sitcoms like "Seinfeld" and "Friends" once lived, after making the decision to air only dramas on that night this season.

Familiar Showrunners: Broadcasters are sticking with what's working, for NBC that means more Dick Wolf, who will have six shows on the air next season; The CW will be relying on Greg Berlanti who will also have six shows; and Shonda Rhimes adds another hour of drama on ABC, bringing her series count up to five. For the most part, viewers know what they are going to get when they watch a show by these showrunners. There will now be four series in Mr. Wolf's "Chicago" franchise airing next season, with NBC picking up "Chicago Justice." "Riverdale," a take on Archie comics, from Mr. Berlanti, as well as "Supergirl" will air on The CW. And "Still Star-Crossed," from ShondaLand, based on "Romeo and Juliet," is joining "Scandal," "How to Get Away With Murder," "Grey's Anatomy" and "The Catch" on ABC.