Happy Days
for Broadcasters*
*As Long as They're Selling Sports
Like the fictional '50s Cunningham family, Americans watch a lot of TV—31 hours a week. But how and when they watch has changed drastically. Here's how the networks are grappling with that shift going into the upfront.
by Anthony Crupi

As anyone who's ever poked around Stonehenge or laid eyes on Fonzie's leather jacket can attest, the physical dimensions of objects that loom large in the imagination often fall shy of our expectations in real life. That pile of rocks in South West England is a bit of a snooze (especially when the observer is accustomed to the inhuman scale of Manhattan), and in its glass case at the Smithsonian, Henry Winkler's signature garment looks like it was designed to fit a beefy toddler.

Call it the Fonzarelli Paradox. While there were hints that the Fonz may not exactly have bestrode Milwaukee like a colossus—he was scared of liver, and spent an inordinate amount of time in a diner toilet, which he referred to as his "office"—mid-'70s America would hear nothing of it. At the height of his popularity, Fonzie was perhaps the most merchandized live-action character on the tube, his toothy grin and double-barreled thumbs-up appearing on everything from lunch boxes to belt buckles to pinball machines. If civilization had ended in 1977, future alien archaeologists may have surmised that the phrase "Sit on it!" was some sort of religious invocation.

Even though a character of Fonzie-esque stature isn't going to emerge from this week's upfront presentations to ad buyers, the fragmentation of the TV audience doesn't mean the medium itself has jumped the shark. Americans still watch a stupefying amount of TV, taking in just shy of 31 hours each week, per Nielsen. But now viewing is atomized across hundreds of outlets and done off the network clock. At the same time, it would be far from correctamundo to suggest that the rapid deterioration of broadcast ratings isn't starting to impact the core ad model. Like Stonehenge and the Fonz, TV today ain't as big as you might think.

As buyers settle in for a long week of show-and-tell, they'll begin assessing where many of their clients' marketing dollars should land in the fall. Here's a snapshot of where each of the Big Four nets stands as they head into TV's rite of spring.

And the winner is…

For the third time in four years, NBC will secure broadcast's top marks in the primary TV demo, closing out the 2016-17 campaign with an average rating of a 2.1, which translates to 2.7 million adults age 18 to 49. Thanks in part to the addition of its "Thursday Night Football" package and the breakout success of "This Is Us," the Peacock also chalked up a win among adults 25 to 54, averaging a 2.7 rating to CBS's 2.5. 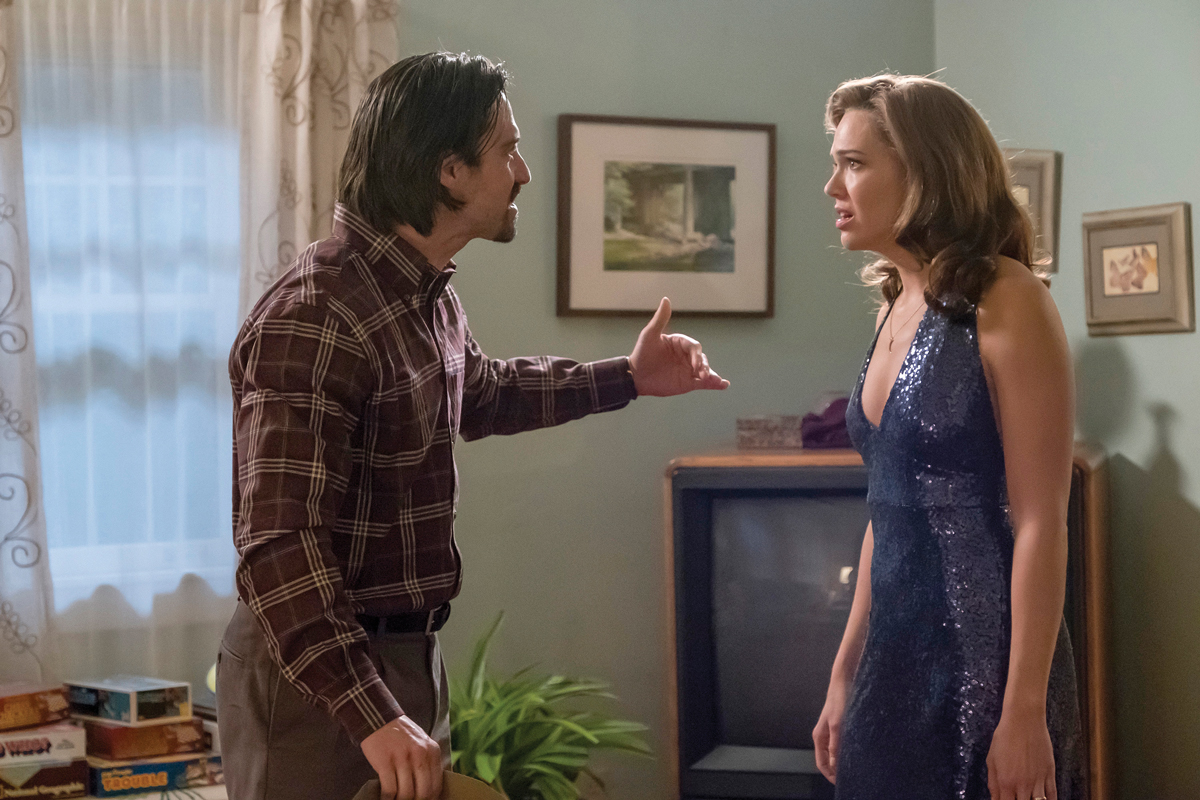 NBC's 'This is Us' has become a runaway hit. Credit: NBC Universal.

NBC is not wholly immune to broadcast's ratings drain—half of its 12 new series this season failed to average so much as a 1.0 in the 18-to-49 demo, and comedy remains a stumbling block—but the network has bucked the trend in other areas. Not only has it cornered the market on cheap, relatively high-impact competition series ("Little Big Shots," "The Wall"), it also has managed to draw a live audience in the virtual no-man's land that is the 10 p.m. slot. On Tuesday nights, "Chicago Fire" is averaging a network-high 1.6 rating in NBC's dollar demo, and the show's commercial deliveries are even stronger.

The Monday 10 p.m. hour, however, will fall under particular scrutiny during NBC's upfront negotiations. By virtue of following "The Voice," it's the most protected piece of primetime real estate this side of CBS's post-"Big Bang Theory" slot. This season's occupants, the freshman dramas "Timeless" and "Taken," squandered half their lead-ins with an average draw of a 1.1 and a 1.0, respectively, making them by far the lowest-rated series to air out of the musical juggernaut. 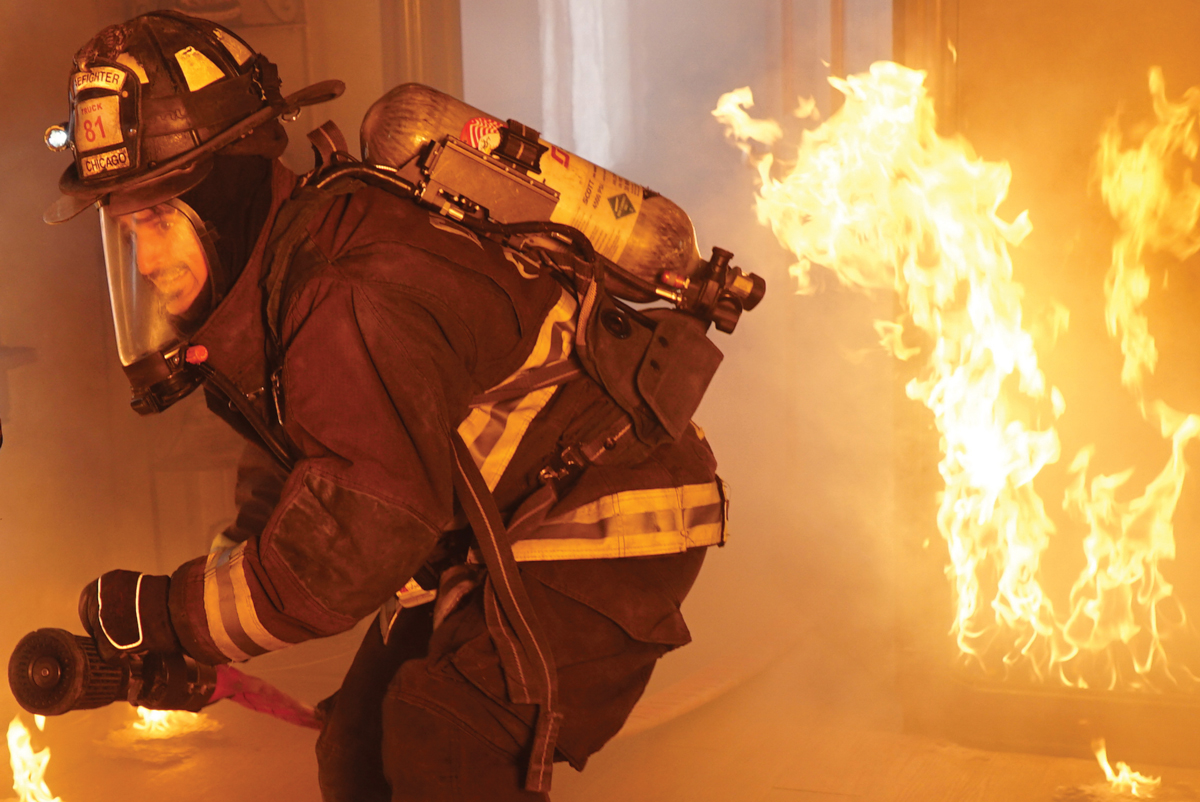 'Chicago Fire' is a barnburner in the difficult 10 p.m. timeslot. Credit: NBC Universal.

The poor showing of "Timeless" and "Taken" was a reversal for NBC, which has used the hour to launch the hit procedural "The Blacklist" as well as woulda-coulda-shoulda offerings such as "Smash" and "Revolution." Advertisers who bought time in the hour were stung. With an average upfront cost of around $190,000 for each 30-second sliver of airtime, "Timeless" was the second-priciest 10 p.m. show on the fall schedule­—and one of the more conspicuous failures. (An advertiser who'd invested in CBS's "Scorpion" in the same hour would have saved nearly $100,000 for her trouble while reaching nearly 10% more demographically apposite viewers.)

For all that, NBC enters the market with more primetime NFL hours than any other network, plus a wealth of inventory to sell in and around its coverage of Super Bowl LII and the PyeongChang Winter Olympics. Its stewardship of two of the three biggest sporting events of 2018 (Fox holds the purse strings to next summer's FIFA World Cup) puts NBC in the driver's seat for this year's upfront.

Top 25 Primetime Broadcast TV Programs (Through Week 33 of the 2016-17 Season)
Source: Nielsen live-plus-same-day data, Sept. 19, 2016-May 7, 2017
(CBS ratings include STD averages in the network's A25-54 target demo)
*ratings for broadcast TNF packages do not include NFL Network simulcast data
= New Series
Fox in the henhouse 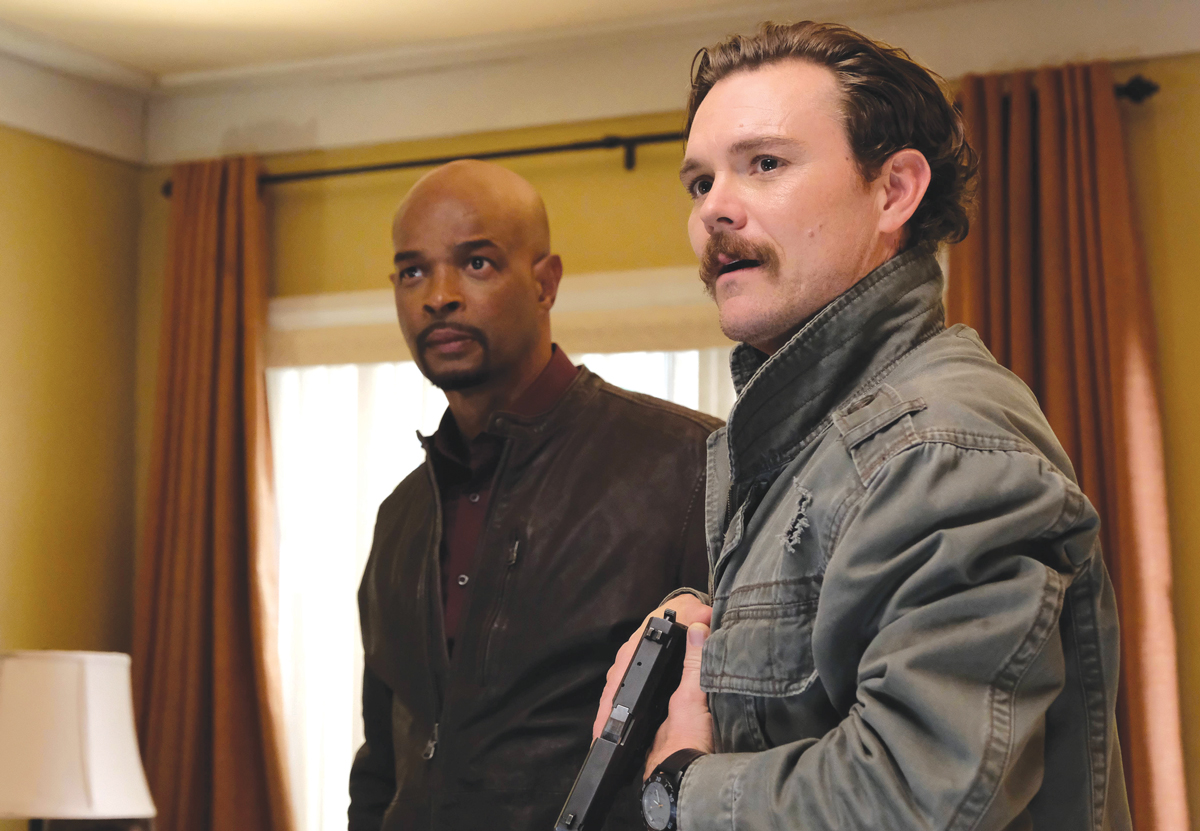 While Fox's new(ish) regime has a modest success on its hands in this season's "Lethal Weapon," its reboot-and-revamp strategy largely has been a bust. After drawing the smallest post-Super Bowl crowd in 14 years, the Kiefer Sutherland-free revival of the "24" franchise went on to average a meager 1.0 rating in its regular Monday 8 p.m. slot. The return of the drama "Prison Break" after an eight-year hiatus has been met with similar disinterest; five episodes into an eight-hour arc, the show is averaging a 1.0 in the demo. And the less said about earlier instant-nostalgia efforts like "The Exorcist" and last season's "Minority Report" the better.

One blast from the past that has worked out well for Fox is the revival of "The X-Files," which put up strong numbers in the winter of 2016. After a protracted series of negotiations with show creator Chris Carter and stars David Duchovny and Gillian Anderson, Fox last month announced that the paranoia showcase would return for another 10 installments at some point during the upcoming season. Look for auto, movie and wireless dollars to once again flood into "The X-Files," which will pick up where the event series left off. 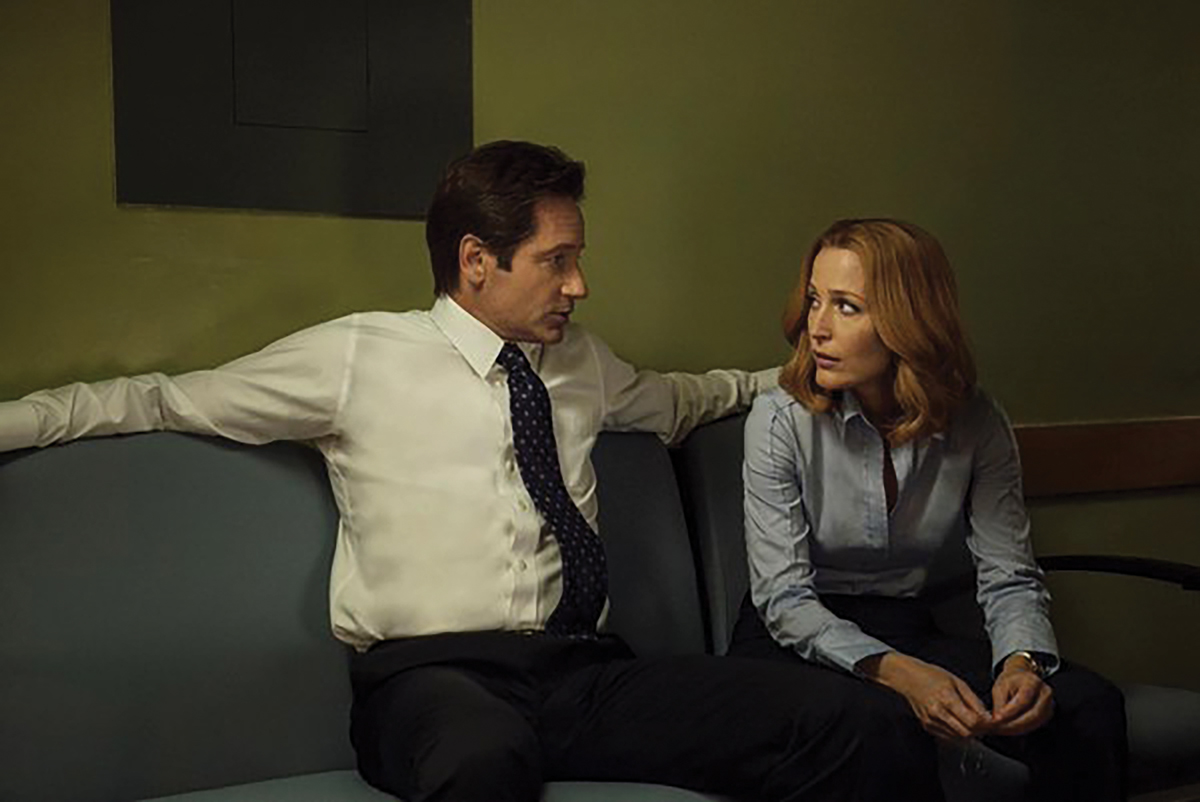 Fox has scared up another 10 installments of fan favorite 'The X Files.' Credit: Fox.

But if Fox is going to pull out of its drama/comedy slump—in the 13 weeks since it aired the Super Bowl, the network is averaging a ghastly 0.8 in the 18-to-49 demo—it needs a big payoff from its new development slate, which includes "The Gifted," an X-Men strip to be co-produced by Marvel TV; the Ridley Scott postapocalyptic vampire thriller "The Passage"; and a smattering of single-camera comedies from Melissa McCarthy, Will Ferrell and Adam Scott.

As Ad Age reported last month, Fox is going to lean heavily on its sports properties, which include TV's top-rated NFL package as well as the World Series, Big Ten football and the aforementioned World Cup. To get a sense of how much live sports contributes to the network's bottom line, consider this: When sports is pulled out of the mix, Fox's full-season demo average is a dead-last 1.4 rating. Toss sports back in with its general-entertainment averages, and Fox closes out the season two-tenths of a ratings point out of first place with a 1.9.

CBS pioneered the lucrative retransmission-consent hustle on pay-TV distributors and makes a mint on licensing and streaming rights. As its core business model rapidly diversifies as a result, Chairman-CEO Les Moonves has eased up on his celebrated pre-upfront hype man routine. Although he's no longer giving ad sales boss Jo Ann Ross undue agita by proclaiming that CBS will rake in double-digit percentage price hikes, Moonves remains a showman at heart.

"The scatter market once again remains very strong. There's a lot of demand for our product. So we're looking at a year where we think it's going to be much better than last year," Moonves told analysts during CBS's May 4 earnings call. "I know I'm Mr. Broadcast and I'm the cheerleader, but I've been right—I sound like Donald Trump!—more than I've been wrong with these things." 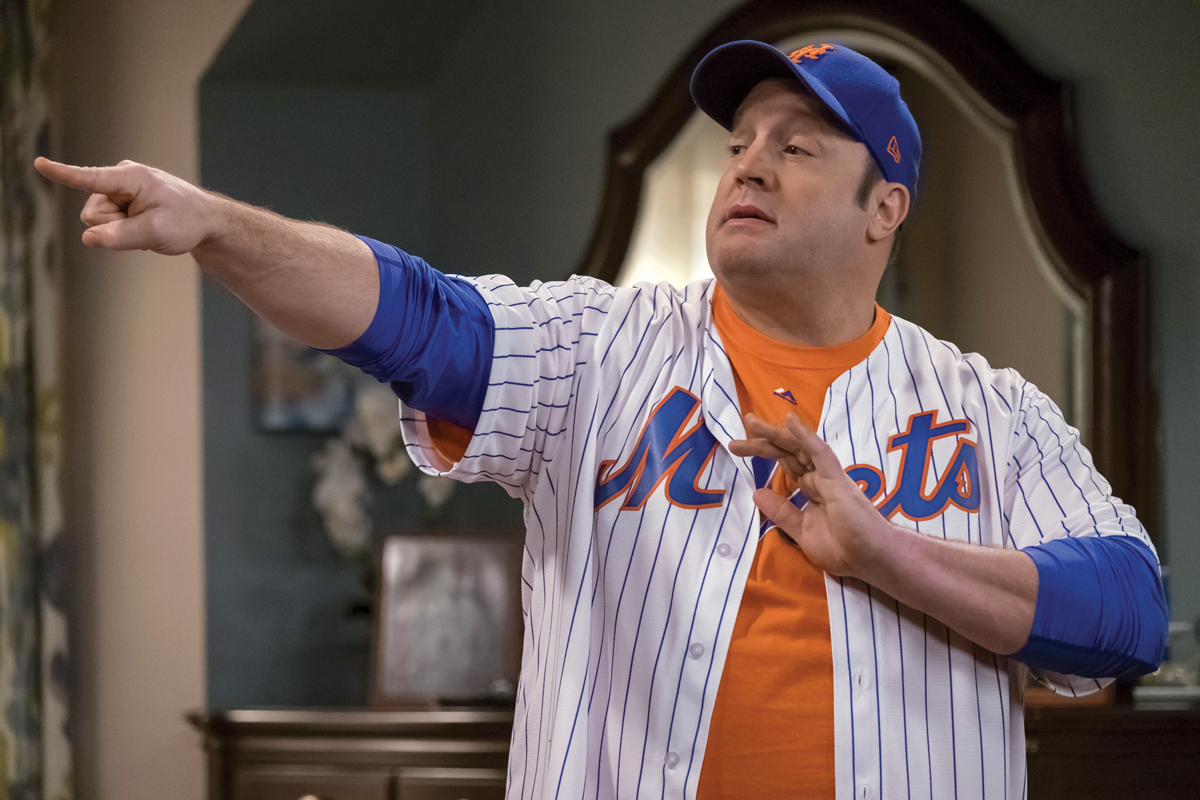 If there's little doubt that CBS is poised to do its usual brisk business in this year's bazaar, 2017 is proof that even the network with the most stable schedule is not exempt from the laws of entropy. In a season when 67 prime-time series are averaging a 0.9 rating or worse in the 18-to-49 demo (last year's count: 41) and the average rating for a scripted show is now a 1.1, CBS finally succumbed to the privations of the era.

Like NBC and Fox, CBS has plenty of sports content to sell in the upfront, including its NFL slate, SEC football and the NCAA Division I Men's Basketball Tournament. The network also gets high marks from buyers for the relative sobriety with which it prices its entertainment programming. In last year's upfront, the ad sales team made prudent reductions in its rates for many veteran scripted shows while boosting the cost of entry for its live sports offerings.

Of course, the upfront accounts for between 75% and 80% of the overall TV market, and nets can make a killing in a volatile scatter market later on. For example, according to Standard Media Index estimates, advertisers that bought spots in "The Big Bang Theory" in the scatter market shelled out $391,443 a pop, a 34% premium over CBS's 2016-17 upfront rate.

Not as easy as A-B-C 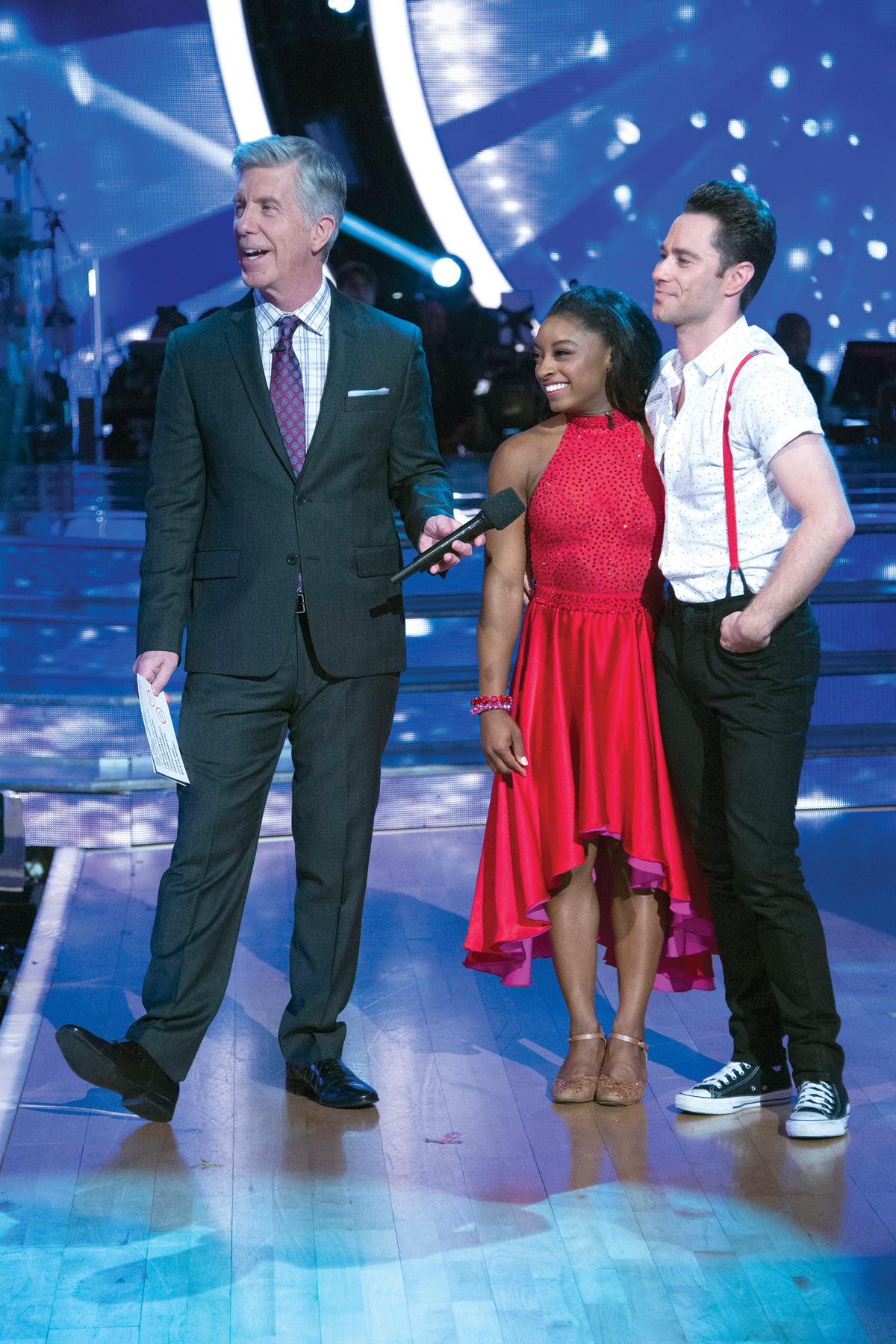 ABC is having trouble finding a show that will keep the 'Dancing With The Stars' audience. Credit: ABC.

As the only broadcaster that does not benefit from the steroidal ratings boost of the NFL, ABC is effectively doomed to bring up the rear. This season marks the fourth time in five years that ABC will finish last in the primetime ratings race, and that pattern is likely to endure, regardless of how many top-25 shows the network boasts.

Trouble spots abound. ABC's final hour of Tuesday prime is more haunted than an abandoned water park in an episode of "Scooby-Doo" and it continues to struggle to find a show that can build on the lead-ins offered by "Dancing With the Stars" and "The Bachelor." (Then again, 10 o'clock is an unholy mess across the board; the average rating for the hour this season was a 0.9, down 25% from just a season earlier.)

Programming aside, the biggest question about ABC's upfront prospects has to do with what buyers can expect when they sit down to negotiate with newly minted sales boss Rita Ferro, who in February was tapped to replace the inestimable Geri Wang.

"Geri was one of the toughest dealmakers I've ever known," said one TV buyer. "It always seemed that she thought it was a bigger sin to leave dollars on the table and risk going out a little high than to lowball it and give away the store. ... So it'll be interesting to see how Rita sizes things up."