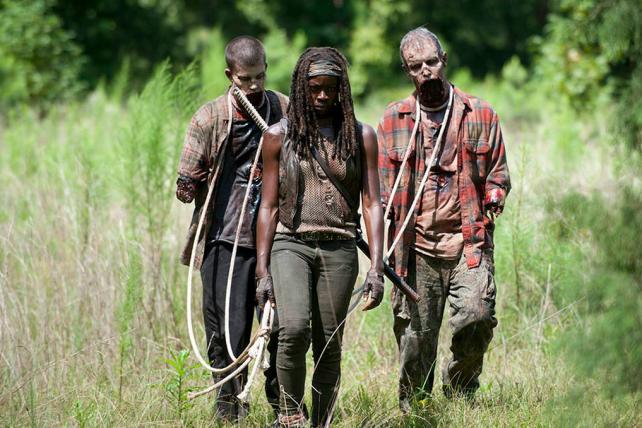 Cable networks are expected to have secured smaller ad commitments during this year's upfronts, according to media buyers and other people close to negotiations, which would mark the first time since the recession the sector has experienced a year-over-year decline in volume.

Overall, the marketplace is poised to shrink anywhere from 3% to 6% from last year's $10.2 billion. That's a far cry from the nearly 5% increase analysts and industry executives predicted ahead of deal-making.

Flexibility was the motto of this year's haggling. While money continued to shift out of traditional TV and into digital, that's just part of the story. Pricing in the so-called scatter market, where advertisers buy inventory closer to air date, hasn't been that much higher than upfront levels. As a result, advertisers haven't felt the urgency to rush and commit a bulk of their marketing budgets in the upfront, according to media buyers and TV executives.

"We think the majority reason why the upfront was down 5% is because [a] broad array of advertisers and their agencies decided to be less aggressive in the upfront," NBC Universal CEO Steve Burke said on an earnings call Tuesday.

The hope is that those dollars will move from the sidelines as the year progresses.

Turner Broadcasting is on track to end negotiations with volume flat to down low-single digits, with cost to reach 1,000 viewers increasing between 5% and 6%, according to a person familiar with negotiations. Turner's networks, which include TBS, TNT and TruTV, secured rate hikes between 7% and 8% last year.

A&E Networks is also poised to wrap up its negotiations with volume down around 4%, according to another person with knowledge of negotiations. Price hikes are believed to be slightly down from the 6% increase the network achieved in 2013.

This would be only the second time since 2003 that the space didn't achieve growth, according to the Cabletelevision Advertising Bureau. In 2009, cable TV posted a 13% plunge in total ad commitments in the upfront, when programmers look to secure a bulk of their advertising for the year.

Still, cable growth has been slowing. In 2013, the sector saw a 4% uptick, which was second smallest growth percentage in more than a decade.

AMC and NBC Universal are two of the only network groups to experience volume growth over last year.

AMC saw double-digit growth in volume, according to a person familiar with the situation. This was in part due to the success of "The Walking Dead," which garnered as much as a 30% increase in pricing.

This is the second year AMC Networks, which includes the flagship channel, as well as IFC, We TV and Sundance, went to market as one portfolio, with the strength of its namesake helping to boost its smaller channels.

Similarly, NBC Universal also once again went to market with all of its broadcast, cable and digital assets under one umbrella, which helped it achieve a 4% increase in volume, according to a person familiar with negotiations.

"Our portfolio approach speaks to the present-day needs of clients," she said. "They are not looking to just buy cable, or digital or Hispanic."

The cable upfronts are anywhere from 75% to 90% completed, according to executives.

Ad commitments for both broadcast and cable combined are expected to come in around $18.1 billion, a 6.1% decrease from last year, according to the firm.

Univision is nearing the completion of its upfront, the company's CEO Randy Falco said on an earnings call on Tuesday. The Hispanic-targeted broadcaster is poised to complete negotiations with a mid-single digit uptick in both volume and pricing, Mr. Falco said.

"It was a slow upfront. I see more of advertisers holding back for scatter," he said. "I saw that start last year. I expected to see it again in the future. I think it may actually be part of a secular change that's going on in the marketplace."

Auto makers, like General Motors, Ford and Toyota, and consumer package goods like Procter & Gamble, made some of the biggest cuts to their upfront budgets, according to media buyers and executives. Movie studios and retailers also had smaller budgets then in 2013.

Wireless fared better, with brands like AT&T and T-Mobile spending more this year, according to executives.

Some money may also be migrating to more "cost efficient TV," according to a media buyer, who noted smaller, independent cable networks like Hallmark Channel, WGN, Weather Channel, Ion and ReelzChannel could be beneficiaries.