CBS Defends TV, and Its Own Power, With Data on Viewers' Purchases | Ad Age
Skip to main content

CBS Defends TV, and Its Own Power, With Data on Viewers' Purchases

Broadcaster Reaches More Car Buyers, Moviegoers Than Any Other Network 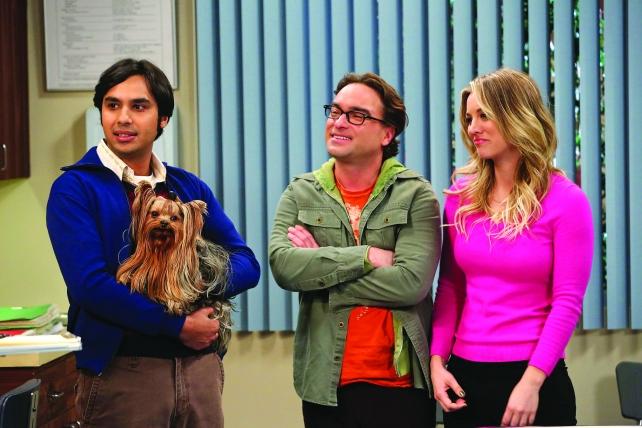 On the eve of Upfront Week, the annual ritual in which the broadcast nets walk advertisers through their fall schedules, CBS is prepping a sales pitch designed to demonstrate its superiority in reaching consumers of nearly every major product category.

Using data from Nielsen and Rentrak that effectively matches TV deliveries to purchasing behavior, CBS says it can show how ratings leaders like "The Big Bang Theory," "NCIS" and "NCIS: New Orleans" reach more consumers of everything from luxury automobiles to Happy Meals than any series on ABC, NBC and Fox.

"We can now demonstrate to our clients how many consumers of their products and services watched a given show," said CBS chief research officer Dave Poltrack. "The new analytics are really expanding the level of sophistication with which we can define the audience."

The data continues CBS's long effort to look past traditional TV metrics such as age and gender to get at viewers' purchasing behavior, but may also serve to reinforce TV's power as the upfronts begin.

While CBS is not making specific client data public -- Mr. Poltrack won't disclose, for instance, how many people in the market for a new Lexus watched last week's "NCIS" -- the network did provide a read-through of its performance across all key ad categories. For example, CBS says it enjoys a huge advantage over its rivals in terms of its deliveries of viewers interested in financial services, besting ABC by a 50% margin, NBC by 55% and Fox by 153%.

Naturally, a good deal of CBS's ability to connect with consumers has to do with its steroidal prime-time reach. Season-to-date, the network is averaging 11.4 million nightly viewers, or 2.54 million more than NBC (8.83 million). CBS's overall deliveries are 31% higher than ABC's (7.9 million) and 48% bigger than Fox's (5.95 million).

Ten CBS series average 10 million viewers or more per night, according to Nielsen live-plus-same-day data. NBC has two shows that put up those kind of numbers ("Sunday Night Football," "The Voice"), while ABC and Fox boast one apiece ("Dancing with the Stars" and "Empire," respectively).

With just three weeks to go before the broadcast season officially comes to an end, CBS is leading all comers in its target demo, adults 25-54. The network trails NBC by one-tenth of a ratings point among the 18-49 set.

Because media agencies buy demos rather than reach, the CBS data won't change how it guarantees its upfront business. "The efficiency of using demos as the currency is still dominant, so the transactional nature is still the same," Mr. Poltrack said. "We're going to demonstrate the value of television by showing you the actual return on your investment. But we're not guaranteeing or negotiating on that."

In a sense, CBS's consumer data is a means toward helping educate marketers about the value of the medium. "For years, it was a given. The industry just accepted the predominance of TV," said Mr. Poltrack. "Now, we're seeing some people who question the relative return on their investment on TV. There's a new generation of marketing execs who haven't been presented with any substantive about how powerful a medium TV is, and that's what we're doing. We're providing that information."

CBS will deliver its 2015-16 upfront presentation on Wednesday, May 13. The actual negotiations between buyers and sellers aren't expected to begin until at least the end of the month, although the timing of the first deals is dependant upon when clients begin to register their budgets.