CBS distances itself from its former chief, touting diversity and inclusion at its upfront | Ad Age
Skip to main content
Sign In Register

CBS distances itself from its former chief, touting diversity and inclusion at its upfront 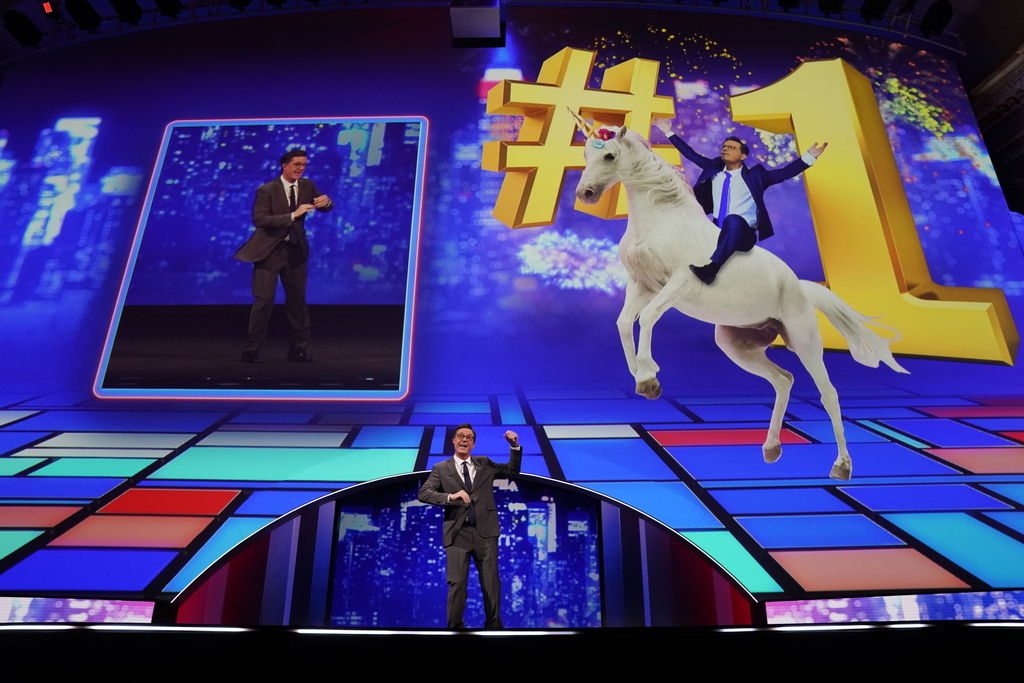 On Wednesday, in the same theater where one year ago advertisers gave Leslie Mooves a standing ovation, CBS execs sought to assure the audience that the failure of his tenure has not impacted the stability of the company.

CBS used sports analogies to acknowledge the scandal that’s shaken the company over the past year during its upfront presentation in Carnegie Hall in New York City on Wednesday afternoon. In a parody of its NFL pre-game show that opened the hoopla, hosts Jim Nantz and Tony Romo introduced CBS’s new starting lineup, noting there have been “some changes at the top.”

It was CBS’s first upfront presentation in nearly two decades without Moonves at the helm. None of the eye network’s top brass acknowledged the former CEO, who was fired in December following numerous accusations of sexual misconduct, but his mistakes were surely felt, and they worked hard to distance the company from the practices and culture associated with his reign.

At the forefront: a clear push to rectify longstanding complaints over the broadcaster’s lack of diversity on screen.

Jo Ann Ross, president and chief advertising revenue officer, said the company is committed to improving how it portrays women and people of color in its programming. “We’re pushing for fairness and inclusion both in our programming and our business, and our new shows really reflect that,” she said. While she acknowledged there’s still a ways to go, she added “there’s never been a better time for us to lead the change we want to see.” (Ross took the stage donning a football jersey and bedazzled helmet, playing along with the opening sports bit.)

Later in the programming, Cedric the Entertainer, star of “The Neighborhood,” pointed out how “diversity and inclusion are always at the forefront” of his comedy.

CBS Entertainment President Kelly Kahl also did something a bit different at the end of the presentation. Perhaps in an effort to rally the troops, who have certainly been put through the ringer, he took a moment to acknowledge the company’s employees who don’t get to be on stage, but work “tirelessly.” “We are a team,” he said.

Despite being one of the few stand-alone TV companies remaining following the mega-deals of AT&T and WarnerMedia and Walt Disney and 21st Century Fox, this didn’t stop CBS from touting its breath of assets, flashing logos for Showtime, Pop TV, CBS All Access, Simon & Schuster and the Smithsonian Channel, among others. (But these assets pale in comparison to the dizzying array of networks and platforms Disney splashed on its screen during its upfront presentation on Tuesday.)

And when it comes to streaming video, a topic that has certainly been front-and-center this week, Ross reminded advertisers that CBS has been in the game for nearly five years with its All Access product, while others still haven’t gone to market with a service. “At CBS we aren’t crawling to the streaming space,” she said, adding that CBS’ streaming service has been ad-supported from the get-go.

Earlier in the day, WarnerMedia said its streaming platform, which won’t debut until the end of this year, won’t include ads until the second phase.

While none of the CBS execs who took the stage acknowledged Moonves by name, there was at least one person who wasn’t afraid to speak of the former chief. “Late Show” host Stephen Colbert said CBS handed him a massive document detailing how well the network performed this past year. But instead of reading the whole thing, Colbert said he read Attorney General Bill Barr’s four-page summary instead. “Les Moonves was totally exonerated. I didn’t see that coming.”

Colbert had plenty of other quips:

“Because I respect you, I’m not going to destroy tonight’s show by interrupting it with commercials. Those things are awful.”

He said the reason CBS has been No. 1 for 11 seasons is because “there are a lot of old people who don’t realize the TV in the basement has been on for a decade.”

“When it comes to finding new voices, CBS will take a chance on anyone who is already on CBS.”

“I haven’t even talked about CBS All Access—something I have in common with most Americans.”

And on the success of CBS’s procedural dramas: “For some reason, Americans really want to watch people who committed crimes actually go to jail for them.”

Corden also poked fun at the quick demise of the “Murphy Brown” reboot, saying he wanted to get over to the Plaza (home of CBS’s after-party) so he could take a selfie with the cast. “Really? They went so big on it last year? Already? Shut up, you’re kidding.”

The most moving part of the presentation was a tribute to "The Big Bang Theory," which will air its final episode this week. Here is a look at what will replace it in the 2019-2020 season.