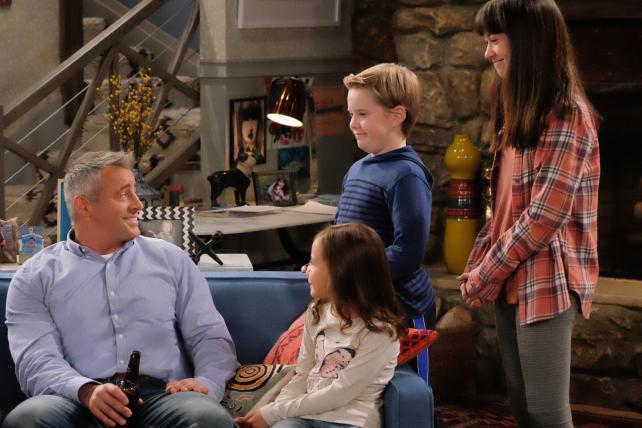 'Man With a Plan' stars Matt LeBlanc in a comedy about a contractor who starts spending more time with his kids when his wife returns to the workforce.
Credit: Darren Michaels/CBS

CBS is doubling down on comedies with eight sitcoms for the 2016-2017 season.

In particular, the eye network is investing in multi-cam sitcoms, which Kelly Kahl, senior exec VP at CBS Primetime, said during a press event, is a "piece of real estate we can own going forward."

Mr. Kahl said comedies have been consistent for the network and it was a "terrific" development year in the genre. "There are a lot of dramas everyone declared a hit in October, but by the time April rolled around didn't look like a hit any more," Mr. Kahl said.

Leslie Moonves CEO of CBS said this is "one of the most difficult scheduling years ever, not because we didn't have programs … but there are so many factors that weight into our decision now that we didn't have before." He pointed to digital viewing, the international marketplace, measurement issues and DVR and VOD viewing.

Mr. Moonves said the scatter market has been "extraordinary," which puts CBS in a strong position heading into upfront negotiations.

He also echoed sentiment from other broadcast networks earlier this week -- that digital stats don't tell the whole story. And he pointed to the trouble with measurement.

"Kevin Can Wait" starring Kevin James as a newly retired cop will air following "The Big Bang Theory" on Monday night at 8:30 p.m. in the fall and move to 8 p.m. mid-season. "Man With a Plan," starring Matt LeBlanc, who plays a contractor that starts spending more time with his kids once his wife goes back to work, will join the schedule mid-season on Mondays at 8:30 p.m.

"Two Broke Girls" and "The Odd Couple" round out CBS' comedy block on Monday nights.

Thursday night will be CBS' other comedy block. "The Big Bang Theory" will air at 8 p.m. once NFL's Thursday Night Football ends. It is followed by "The Great Outdoors," starring Joel McHale as an adventure reporter for an outdoor magazine who must adapt to the times when he becomes a desk-bound boss managing a group of millennials in the digital department of the publication.

"Mom" and "Life in Pieces" will air at 9 p.m. and 9:30 p.m., respectively, followed by "Pure Genius," a medical drama about a young Silicon Valley tech titan who enlists a veteran surgeon with a controversial past to run a state-of-the-art hospital.

Other new dramas include: "Bull," a drama inspired by the early career of Dr. Phil McGraw, the founder of one of the most prolific trial consulting firms of all time and a remake of "MacGyver."

Midseason CBS will air "Training Day," crime thriller based on the film; and "Doubt," which stars Katherine Heigl as an attorney at a boutique firm who starts to fall for her charismatic client, an altruistic pediatric surgeon recently accused of murdering his girlfriend 24 years ago.