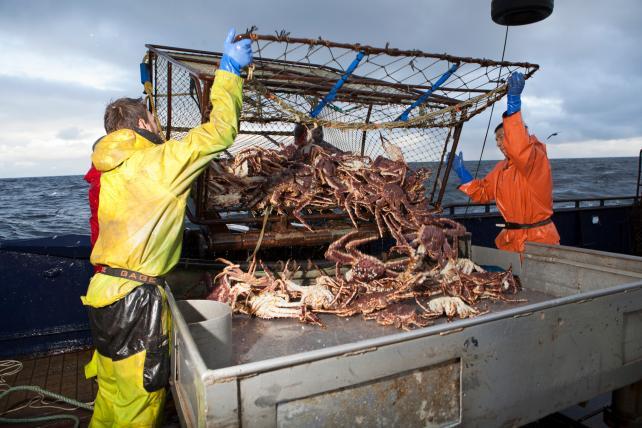 Cable TV networks for years have been trying to position themselves to advertisers as a replacement for pricier series on broadcast prime time. For many, it's been a hard sell. But Discovery is certainly on a mission to drive up ad prices for its channels as it goes into the annual upfront ad haggle -- when networks look to secure a bulk of their ad commitments for the next season -- for the first time since it's acquisition of Scripps.

That means advertisers looking to get into some of Discovery's most popular shows like "Deadliest Catch," "Property Brothers" on HGTV and "Food Network Star" will have to pay prices that are closer to broadcast prime time.

The package will also include viewership on Discovery's suite of digital apps. "Shark Week," Discovery's biggest event, will also be included.

The "Discovery Premiere" package will be priced at a midway point between broadcast prime and cable prime, Steinlauf says.

"Discovery produces more than 8,000 hours of real-life entertainment a year and our research shows that premiere episodes of our hit shows deliver ratings 90% higher on average than the prime averages on their channels," Steinlauf says in a statement.

Steinlauf, who led Scripps' ad sales before the merger, is bent on driving up prices for the original Discovery channels, in particular. According to several media buyers, Steinlauf believes there needs to be a pricing correction on channels like Investigation Discovery and the flagship network.

Turner attempted something similar a decade ago, when it looked to sell some of its popular shows like the TNT drama "The Closer" as a "broadcast replacement," seeking high price increases in the market. But Turner had some difficulties gaining traction in the market.