Fox upfronts diary: What we learned about 'New Fox' 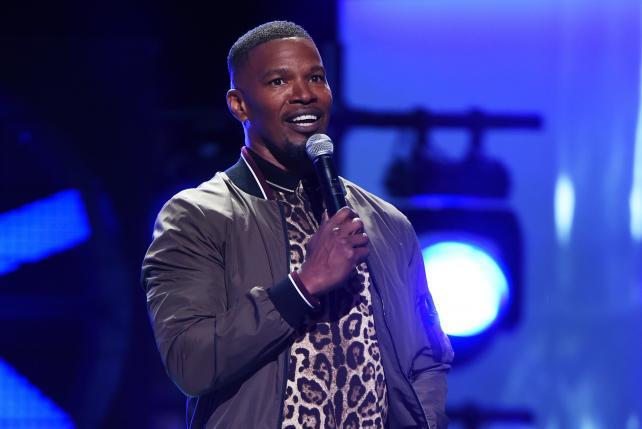 This could be the last year Fox Networks Group makes its upfront pitch to advertisers as its own standalone suite of broadcast and cable channels. As the cable networks and production studios anticipate being acquired by Walt Disney Co. (or perhaps Comcast if a reportedly planned counteroffer wins the day), the Fox broadcast network on Monday gave advertisers a taste of what the so-called New Fox could look like post-merger.

"We want to welcome you to New Fox," Fox TV Group co-CEO Dana Walden said. "We have an opportunity to chart a new course for broadcast TV. We are positioning our network for the future and not tethering it to the past."

New Fox, which would not become part of Disney under the proposed deal, will be heavily focused on sports, especially the NFL. If you didn't already know that Fox would air "Thursday Night Football" in the fall (the games were previously split between NBC and CBS), you were hammered over the head with it on Monday afternoon at Fox's upfront at New York City's Beacon Theatre.

A bulk of the presentation was consumed by the ramblings of Joe Buck, Troy Aikman, Terry Bradshaw, Michael Strahan and Howie Long. Bradshaw told a winding story about how he bought a brass eagle earlier in the day, while Buck handed his phone to an audience member to show off pictures of his newborn twins.

While other networks are focused on owning their own series in order to sell the rights in syndication at home at abroad, Walden said a Fox separated from its production studio will no longer have to focus on airing shows produced by the parent company. Instead, it can program content that has a broader, domestic appeal.

Fox TV's other co-CEO, Gary Newman, promised that Fox's audience next season will be bigger and broader and will be more gender balanced, diverse and younger than its competition.

These claims, however, are a bit hard to swallow, given that two of its comedies feature stars who are card-carrying AARP members.

Fox revived the Tim Allen comedy "Last Man Standing" after it was cancelled by ABC last season. It will air on Friday nights next fall. It's paired with "The Cool Kids," a comedy set in a retirement home starring Martin Mull (age 74), Vicki Lawrence (69), David Alan Grier (61) and Leslie Jordan (63).

Newman said Fox will use "Thursday Night Football" as a promotional vehicle to drive viewing to these Friday night comedies.

And he expects ratings next season will grow 15 percent in the all-important 18-to-49 demographic thanks to "Thursday Night Football."

Reality programming is another focus as Fox looks for more shows beyond its sports portfolio that are more likely to be watched live.

The most awkward moment of the night came when judges from the Fox singing competition "The Four," Sean "Diddy" Combs and DJ Khaled, took the stage along with host Fergie. Combs hogged the mic and Walden had to all but kick him off stage.

Fox's music game show "Beat Shazam" got plenty of play with Jamie Foxx, host of the series, inciting a sing-a-long and trying to get Joe Marchese, president of ad revenue at Fox Networks Group, to dance. (It did not work.)

In his opening remarks, Marchese emphasized Fox's efforts to introduce new ad formats and clean up commercial clutter. He officially announced Jaz pods, or "just a and z," which are one-minute commercial breaks that have just two spots. Marchese will sell these Jaz pods in its Sunday night animation and comedy block in some weeks, in its sports programming, on National Geographic and in shows like FX's "The Weekly," a series inspired by The New York Times podcast "The Daily."

"I never understood how someone can promise you sales outcomes and then work with your competitors," Marchese said, taking a shot at rival networks' efforts to set guarantees based on business results.

Despite some inklings of clarity over the future of Fox, ultimately the new version of the company remains shrouded in mystery, perhaps even to its leaders. Newman quoted a stat that Fox has 93 percent positive social sentiment. "That's so 'New Fox' I don't even know what that means," he said.