Fox Upfronts Diary: Sports, Not Scripted Series, 'Own the Fall' 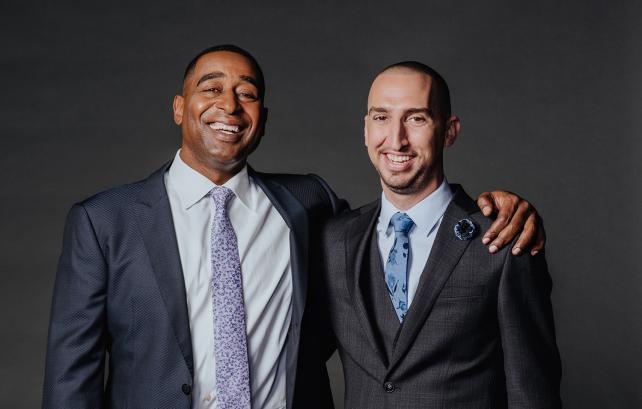 The hosts of 'First Things First With Cris Carter and Nick Wright' on FS1. Sports was a major emphasis during Fox's upfronts pitch to advertisers.
Credit: FS1

It was hard to tell if it was Fox or ESPN's upfront presentation taking place at the Beacon Theater on Monday afternoon.

Fox dedicated a solid 15 minutes to its sports properties during the first half of its presentation to ad buyers, overshadowing its primetime entertainment programming later in the show.

In a promise to "own the fall," a parade of Fox Sports hosts and commentators including Joe Buck, Alex Rodriguez, Troy Aikman and Jimmy Johnson took the stage to tout last year's history-making World Series, college football and Fox Sports 1's new morning show "First Things First." There was also a bizarre rap number about Fox Sports featuring Terry Bradshaw and Johnson, among others.

As Anthony Crupi previously reported for Ad Age, Fox is devoting a good portion of its upfront pitch to sports in part because they make up a bulk of the network's gross ratings points.

In his third day on the job, Fox Networks Group President of Ad Revenue Joe Marchese gave a familiar speech about the need for TV networks to create a more consumer-friendly ad model by reducing commercial loads and airing commercials that are more relevant and interesting to the viewer.

To that end, Marchese announced that Fox sibling FX will no longer sell conventional ad breaks in on-demand or streaming programming.

To anyone who has heard Marchese speak pretty much anywhere, his more radical view on TV advertising shouldn't come as a surprise. More shocking was he replaced his usual jeans with a buttoned-up shirt and tie.

Marchese took aim at the digital advertisers like Google and Facebook, which regularly claim that they have more people watching their content than watch TV. Marchese flipped the script, saying "On any given Tuesday, Fox delivers 700 Facebooks."

If there's one thing Fox does know how to do, dating back to its "American Idol" days, is put on a music-filled upfronts show. The casts of Lee Daniels' "Empire" and "Star" performed a high-energy number, and the presentation closed with a beautiful rendition of "Seasons of Love" from the Broadway musical "Rent." Fox will air a live performance of the Tony Award-winning show next year.

But what excited the audience the most, perhaps, was when Chef Gordon Ramsey said Fox would be doling out bags of home-made cookies. The next few minutes Beacon Theater was filled with the crumpling of paper bags, drowning out Fox TV Group chairman Gary Newman's speech.