The New Generation of Power Players in TV-Buying World

You May Not Recognize Them but These Under-the-Radar Buyers Have Been Behind for Work for the U.S. Open, NCAA basketball, 'Top Chef'
Credit: David Yellen

The 2011 upfront season is rapidly approaching -- a time of year when you'll be hearing a lot from the media industry's top buying executives, such as Rino Scanzoni, the chief investment officer at WPP's Group M; Chris Geraci, managing director of national TV investment at Omnicom Group's OMD; and Kris Magel, exec VP-director of national broadcast at Interpublic Group of Cos.' Initiative. They are among a handful of buy-side executives most often quoted in the press about the marketplace and emerging industry trends and issues.

But while these are the honchos who run the teams, lots of others also do the work of brainstorming with clients and networks and crafting ideas into workable executions. And it got us to thinking: Who among the legions of adland buyers will emerge as the next set of industry luminaries?

We've identified six considered stars within their own agencies and by clients. If you watch the U.S. Open or "Top Chef" or the Super Bowl, you likely know their work, if not their names yet. But they have potential to be the next generation of stars in the TV-buying world. 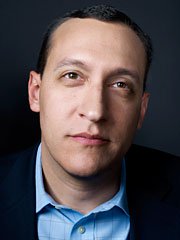 The last few weeks have been pretty hectic for Mr. Heftman, who was just appointed head of West Coast buying for Initiative. Mr. Heftman, 34, has been juggling the new job, relocating his family from New York and assessing the upcoming upfront.

He's one of four top lieutenants to Mr. Magel. Among the clients he'll oversee are Lionsgate, Dr Pepper Snapple and insurer USAA, which he's credited with helping bring in-house during the client's media review last year.

A 13-year media-agency veteran, Mr. Heftman got his start at TBWA/Chiat/Day. Before joining Initiative two and half years ago, he spent two tours at MediaCom, divided by a brief stint at Time magazine, where he took a breather from TV to sell print and digital space. While he joined Time to "spread my wings" and learn other parts of the business, he concluded from his time there "my calling was on the agency side."

His recent work includes a major new sponsorship for client Vizio with the Rose Bowl that kicked off with the 2011 game. The deal culminates in 2014 when the Rose Bowl will host the NCAA national title football game. Mr. Heftman characterized the Rose Bowl deal as a "coming out party for the Vizio brand. It leverages one of the truly great brands in American sports for the benefit of what we hope will be the next great consumer electronics brand." As to how TV deals will evolve, he said "it will be less a conversation about a distribution deal and more a conversation about content and the combination of media platforms you use to deliver it." 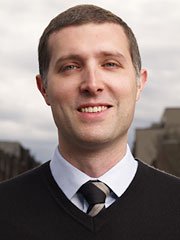 To hear him tell it, Mr. Campanelli, 36, spent four years in college preparing for a career in TV production. After graduation, the real lesson came -- a year at ESPN after which he concluded the long hours and not-so-hot pay in the production field weren't what he yearned for after all.

But he did want to be in TV, so he hooked up with Horizon at age 23, when the agency was 9 years old. "At the time I had no idea what media buying was," he said. "But I was in the right place at the right time and as the company has grown exponentially, I've been able to grow with it."

Indeed, he's learned more than only TV buying. Just last week, Horizon won the $360 million Capital One account -- a pitch he helped run. And most of the spending by the client, a major TV advertiser, will fall within Mr. Campanelli's oversight.

Mr. Campanelli also placed Google's first national TV spot -- a 60-second unit that went into the 2010 Super Bowl. And, in a move to get more bang for the buck, he put client Geico's Caveman character in CBS's pre-game Super Bowl show during the last two times the network has had the game. The integrations were so effective some viewers thought the client was an in-game advertiser when it actually wasn't, Mr. Campanelli said, citing third- party research. While he believes TV will continue to be an "extremely important" medium for many clients, Mr. Campanelli said questions loom about its future role. "The biggest challenge and question mark is how will TV networks be distributed in the future." 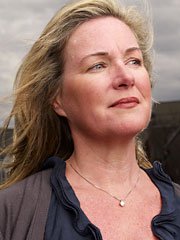 Ms. Fuller has been a TV buyer for 22 years, basically with the same company. In 1989, she joined NW Ayer's media team, which through various unbundlings and mergers became Mediaedge:cia by 2002 and is now known simply as MEC. "You could say it's the same place but with many different iterations over the years," she said.

Ms. Fuller, 44, has worked on the AT&T account since her assistant-buyer days and played key roles in two major reviews by the telecom company, one in 2005, when MEC won the wireless business, and the second in 2007, when the former Ma Bell consolidated its entire $3 billion-plus account with the agency. She now oversees buying across all platforms for AT&T.

The buying strategy has evolved rapidly, said Ms. Fuller: "Just a few years ago the focus was on product placement and brand integration." But with the proliferation of new media the strategy is now more about "creating programs that fans and consumers can participate in" across multiple platforms.

One recently developed campaign is tied to the CW drama "Vampire Diaries." In addition to social media and mobile application tie-ins, the agency developed a digital micro-series with an interactive game component called "Love Lines Revealed" that used actors and sets from the broadcast series.

While TV will continue to be a key channel for many advertisers, said Ms. Fuller, increasingly marketers will pay more attention to other platforms. "That is where the consumer engagement is," she said. In the past, TV was always core, with extensions that may or may not have been effective. "Now we're focusing more on the other platforms to make sure they're as strong as possible. In some cases we're looking at things that start in the digital world and extend to TV."

If you're a U.S. Open tennis fan, you can thank Mr. Gagne for arranging the tournament to be shot in 3-D for the first time last year. It was part of a package he put together for client and 3-D set maker Panasonic, an official sponsor of the Open. Mr. Gagne and his team also arranged to have special suites built on site at the Open to showcase the client's 3-D technology. As part of the deal, CBS agreed to show viewers at home both players and fans donning special glasses, and their reactions to experiencing the Panasonic 3-D effect. (The 3-D telecast was shown on DirecTV, while CBS aired the regular 2-D broadcast).

With 3-D content still a fledgling commodity, Mr. Gagne, 35, said one of his big efforts on behalf of Panasonic is to create events and experiences that will stimulate interest in the technology. "The lion's share of your audience is still in 2-D but you need to tell a 3-D story through that," he said.

Mr. Gagne, a 12-year veteran of MPG and Arnold, the creative shop from which MPG was spun off, began his career there in research before segueing to buying. "I thought that was a great way to start because rather than learn [about buying] on the fly you get the foundation and then figure out how to adapt it."

In addition to a client roster that also includes Goodyear and Titleist, Mr. Gagne is MPG's resident sports expert, advising most clients on how to maximize their efforts in the genre. The evolving media landscape, with all its emerging digital iterations, "really fosters better TV," he said. "People aren't watching less, they're watching in a lot more places. The challenge for marketers is properly embracing it all." 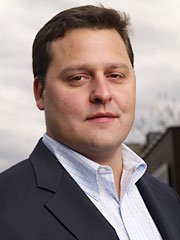 Unless you're a commercial zapper with dead-eye accuracy, it was almost impossible to miss Buick's presence in this year's college basketball March Madness coverage, thanks to Steve Whitehurst.

The March Madness campaign focused on what Mr. Whitehurst termed Buick's "human achievement platform." Commercials during the telecast drove viewers online, where they could access vignettes highlighting former NCAA athletes and the post-college contributions they have made to their communities. Spots also promoted a scholarship fund sponsored by the client that was showcased in depth during a half-hour program that aired on CBS just prior to the airing of the Final Four coverage.

The campaign was part of the brand's ongoing effort to reposition itself for a younger audience, Mr. Whitehurst said. The tournament, he said, was not just a great vehicle for reaching younger viewers, but also a way of connecting Buick to "human achievement" and "reinforcing it as a community brand."

Mr. Whitehurst, 33, started his career at True North Media in 1999, working on the Nabisco account. In 2005, he jumped to MediaVest and the opportunity to work with the industry's top advertiser, Procter & Gamble. In 2008 he shifted to sibling agency Starcom when he was offered the opportunity to become a sports specialist working on the General Motors account. "Nobody does it better than GM," he said.

Despite the multitude of changes taking place in media, Mr. Whitehurst believes that TV will remain a constant and driving force for most big national advertisers. "The mass reach of television won't change," he said. "It will remain the foundation." 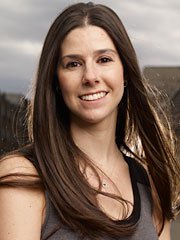 Ms. Farina may not be a familiar-sounding name to most in the industry -- at least not yet -- but if you're a fan of NBC's "Biggest Loser" or Bravo's "Top Chef," you're most likely familiar with her work.

Ms. Farina, 31, is the lead strategist behind two of the most visible integrations in the programs. For "Biggest Loser," she brought Brita's green water bottle to the program several years ago, initially as a simple product placement. Since then, Brita (a unit of Clorox) has upped the ante each season and now has an ongoing multiplatform campaign commitment with the program that includes regular spots, public-service announcements, sweepstakes and mobile apps. The latest twist this season: a contest to win a workout with one of the trainers on the program when you text to enter.

For "Top Chef," Ms. Farina brought Clorox's Glad Products subsidiary to the party, creating an integration that got the chefs using and talking about the products regularly. To execute the campaign, the client had to create a special "super-sized" version of its Glad Cling Wrap.

A nine-year veteran, Ms. Farina joined DDB's media department within months of the unbundling that spun that department off to the new shop known as OMD. As a marketing major fresh out college, Ms. Farina wanted to combine her field of study with her fascination for the TV medium. She had a friend at DDB who suggested she apply for a position there. "I loved TV but I didn't really know this exact field even existed back then," she recalls. If her work for Clorox is an indication, it didn't take her long to catch on.

Going forward, Ms. Farina believes the industry will be doing "a lot more convergence deals," between TV and digital. "But TV will always be core and the ... No. 1 driver for immediate reach."

Steve McClellan
View all articles by this author