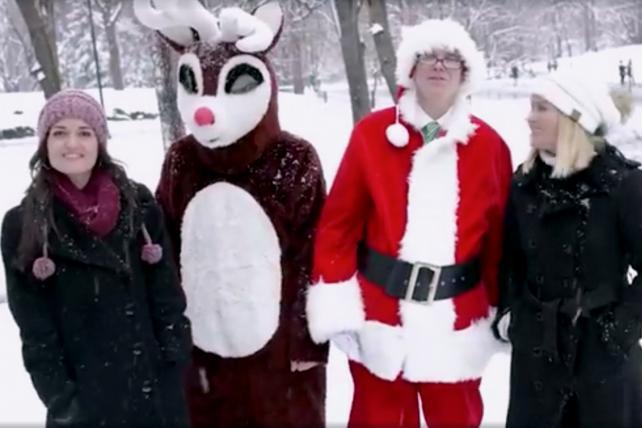 It surely wasn't the glitzy presentation at the Rainbow Room that parent company Crown Media had planned and paid for. But there might not be a better backdrop for the network, best known for its romantic holiday movies, than Central Park blanketed in snow.

Among the announcements, Hallmark Channel said it had renewed its original drama "When Calls the Heart" for a sixth season, greenlit a second season of the reality series "Meet the Peetes," and added three original movie franchies to Hallmark Movies and Mysteries. "The Chronicle Mysteries" starts with a novelist who takes on a cold case, "Picture Perfect" centers on a photographer who helps solve crimes and "Crossword Mysteries" features a crossword puzzle editor who finds herself in the middle of a police investigation. "Crossword Mysteries" is co-created by Will Shortz, crossword editor of The New York Times.

Hallmark Channel was the most-watched cable network among women 25 to 54 during the fourth quarter, when it goes wall-to-wall with Christmas-themed movies, for the second year in a row last year.