Web video is getting what it has always wanted, or at least what it thinks it wants: an "upfront" to rival traditional TV's.

The Digital Content NewFronts, as the series of presentations April 19 to May 2 is being called, won't play out like TV's -- in which most ad dollars are put down in advance of the season to follow. Instead, participants, including YouTube, Yahoo, Hulu, AOL and Microsoft, hope to get into the minds of brands and agencies when they're opening their checkbooks for TV buys. 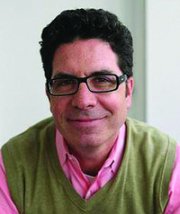 "It won't be like, 'Let us show you everything and let us sell it to you right now,'" said Adam Shlachter, managing partner of Group M's MEC Global. Rather, he said, "portals and big publishers are trying to get people talking bigger, earlier about digital content."

Web companies are betting that original content will send dollars their way. AOL and Yahoo have renewed their commitments to content, Hulu is increasing its investment in original shows, and Google's YouTube is pouring $100 million into 96 original channels just now getting off the ground. Last week, the NewFronts picked up key new partners, including Vevo, Digital Broadcast Group and NBC Universal, which wants to draw attention to iVillage, Fandango, XFinity and Daily Candy.

Stitching the confederation together required some diplomacy. Publicis Groupe 's Digitas spearheaded the NewFronts -- would execs from competitive agencies attend an event co-founded by a rival? The answer appears to be yes, in part because the other founding partners reached out to holding companies to let them know that Digitas would have no bigger role than producing its own "NewFronts" event April 26. Talks are on to enlist other agencies in NewFronts planning going forward.

Then there were the disparate agendas of the participants themselves: Who gets to have an upfront of their own and who's merely a component of another's pitch? YouTube, for example, wants to present its partners exclusively but won't have time to highlight its channels in its 90-minute presentation. So can individual channels hold their own events? Only if they fit the criteria for participation: having exclusive original content and a history of distributing it at scale. That rules out some high-profile production companies that might like their own showcases but won't block participation from some indie startups such as Revision 3, Break.com or My Damn Channel. They haven't signed on but are considering it.

The five founding partners agreed to kick in $45,000 to cover costs of promotion and the website. They also have veto power over other presenters and "market partners," which pay $10,000 to have their events included on the official schedule and promotional materials.

All of them want to make news at their upfronts and are closely guarding what programming they plan to unveil. Some want to make overt pitches against TV. "We're going way ahead of the broadcast upfronts and really challenging the brands to shift the dollars to where the eyeballs are today, not where they were yesterday," said Vevo sales chief David Kohl.

Others are more focused one another. "We already produce nine of the top 10 shows on the internet," said Mickie Rosen, Yahoo senior VP-head of content. "We have more unique views on our shows than Hulu has on its site. It's our chance to retell that story."

Yet the biggest question is whether web video should be emulating TV at all. The best thing Universal McCann Chief Media Officer David Cohen could say about "taking a legacy model and applying it to digital" is that it "isn't the most depressing thing."

The reality is that conversations about online advertising over the next year would be better in the fall, when agencies have a keener sense of their clients' budgets and marketing priorities. Conducting talks in the spring, as traditional TV does, assumes that the seller has enough leverage to make the deals happen ahead of time. "If there is true scarcity we need to put our money down, but we want to make sure it's real and not fictitious," said Mr. Cohen.

Yet content providers feel the imperative to simply get in the heads of agency folk and brands before they spend $9 billion on broadcast TV. "The media and advertising community around this time of year is in a mindset of planning billions of dollars for the next 12 months," said Hulu sales chief JP Colaco. "It's important to all of us that we get in front of these folks in a concerted way and talk about our product."