READ THIS NEXT
TV Upfronts and NewFronts 2021 Calendar 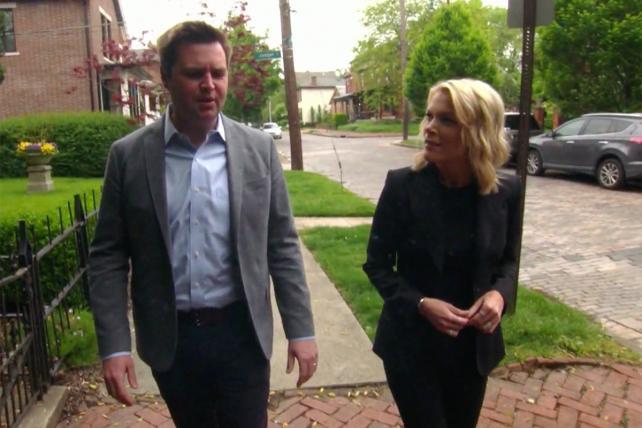 'Sunday Night with Megyn Kelly' has struggled in its first weeks.
Credit: NBCUniversal

While NBC Universal may not be getting the 30% price increases in the 9 a.m. hour that it sought early in upfront negotiations, the lackluster start to her Sunday evening news magazine hasn't been a factor in what advertisers are willing to spend, several media buyers said.

"I don't see or anticipate an impact as the viewership and storytelling differs greatly [in] these respective day parts," one media buyer said, speaking on the condition of anonymity amid upfront negotiations for the coming TV season.

Kelly's new morning talk show is being helped by the overall demand in the marketplace for morning and evening news, along with politically charged late-night TV, as advertisers look to take advantage of the heightened interest in the news cycle thanks to President Donald Trump. In many cases, networks have secured higher price increases in those parts of the day than in primetime, according to buyers and other people familiar with negotiations.

Morning and evening news programming also rides a steady curent of interest from advertisers of packaged goods and pharmaceuticals.

"There's lots of demand in early-morning and day regardless of the potential ratings of her show," a second buyer said. "That should keep prices up regardless."

Despite plenty of publicity on the part of NBC, "Sunday Night With Megyn Kelly" has had a tough start. Lackluster ratings, coupled with criticism over her interview with Infowars founder Alex Jones, has created a grey cloud over what had been a hiring coup for NBC News.

Kelly's first episode on June 4, including a highly-publicized interview with Vladimir Putin, was watched by an average of 6.4 million viewers and drew a 1.2 rating in the 25-to-54 news demographic. It beat a rerun of "60 Minutes" in that demo, which is what advertisers care about, but it fell short on total viewers. And many criticized the interview as falling short of the hype.

Kelly also received backlash for her subsequent interview with Inforwars' Jones, who's known for claims that the Sandy Hook massacre was a hoax. JPMorgan Chase and several local advertisers pulled out of the episode amid criticism that Kelly was giving Jones a platform.

According to a third media buyer, who spoke on the condition of anonymity to protect the client's business, one marketer has decided to remove its planned advertising from "Sunday Night with Megyn Kelly" indefinitely following the situation.

Even with all the noise surrounding Jones' interview, viewership for that episode of the show declined to 3.6 million viewers and a 0.8 rating in the demo.

And viewership ticked down further this week. Sunday's episode, which included an interview with J.D. Vance, author of the memoir "Hillbilly Elegy," averaged 3.4 million viewers and a 0.6 rating in the demo, according to initial Nielsen ratings.

But Kelly's performance on Sunday nights may not be much of a predictor of how she will perform in the morning, where she will go head-to-head with "Live with Kelly and Ryan" in most markets.

While Katie Couric struggled when she took over as anchor of CBS Evening News, she was beloved on the "Today" show.

"The daytime [and] morning audience is a heavier TV user whose appetite for content is a lot less discerning than the Sunday evening news magazine viewer," the first buyer said.

NBC hasn't announced a premiere date for the morning show yet. "Sunday Night With Megyn Kelly" will go on break for NBC's "Sunday Night Football" and coverage of the Winter Olympics.