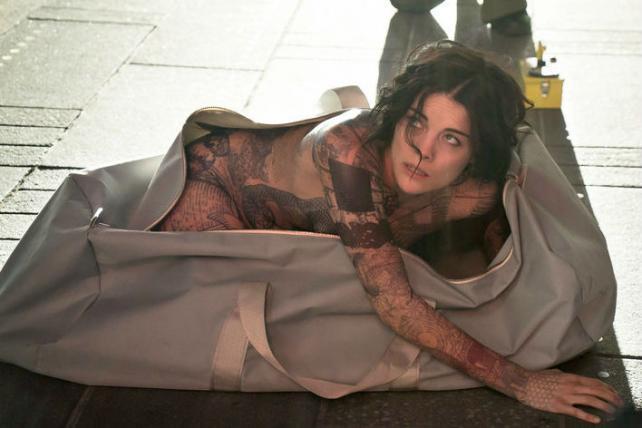 After yet another weak finish to a season that began with so much promise, NBC is looking to improve its prime-time fortunes by holding back much of its new development slate for 2016.

The network on Sunday announced that it would open the 2015-16 campaign with five new scripted series, while keeping a collection of eight other newbies stashed away for later in the season. Among the freshman shows that will debut outside of the fall window are Dick Wolf's "Chicago Med," the Jennifer Lopez cop drama "Shades of Blue" and a reboot of the 1989-97 ABC sitcom "Coach."

"The fall lineup gives you only half the story," said Jennifer Salke, President, NBC Entertainment. "We truly program on a 52-week basis and are putting virtually the same amount of programming muscle behind our mid-season lineup."

Always strong out of the gates, thanks to the twin ratings powerhouses that are "Sunday Night Football" and "The Voice," NBC of late has struggled to keep viewers coming back during the back end of the season. (Season-to-date, NBC's five new midseason shows have averaged a meager 1.0 rating in the adults 18-49 demo, which translates to just 1.27 million advertiser-targeted viewers.)

While the big guns will come out after football season -- midseason stars include Eva Longoria, America Ferrara, Rob Lowe, Ray Liotta, Oliver Platt and Larenz Tate -- this is not to say that NBC's fall schedule is lacking in firepower. The long-awaited "Heroes Reborn" debuts this September in the Thursday 8 p.m. slot, where it will lead into "The Blacklist." At 10 p.m., the Wesley Snipes thriller "The Player" rounds out an all-drama lineup.

In moving "The Blacklist" from its plum Monday 10 p.m. slot, NBC last February bumped comedy out of its Thursday night schedule for the first time in 30 years. Now it's Tuesday night's turn to go chuckle-free, as the 9-10 p.m. time slot will be given over to the new medical drama "Heartbreaker."

Indeed, comedy has been pared down to the [funny] bone, as sitcoms will account for a single hour, or just 5%, of NBC's fall roster. This marks the lightest comedy load for NBC in 37 years; way back in September 1978, the Peacock came to market with the short-lived Joe Namath comedy "The Waverly Wonders" and Garry Marshall's "Who's Watching the Kids?" "Waverly" was canceled after three episodes, while "Kids" was taken off the board two months later.

After "State of Affairs" failed to capitalize on its post-"Voice" slot, NBC hopes to put up bigger numbers on Monday night with Greg Berlanti's knotty mystery "Blindspot." Jaimie Alexander ("Kyle XY," "Thor") stars as a woman in a fugue state who is discovered huddled in a duffel bag in Times Square. Covered in a scrim of intricate tattoos, the Jane Doe has no idea who she is or how she came to be stuffed in a sack at the Crossroads of the World; as an FBI agent (Sullivan Stapleton) begins unraveling the clues inked into her skin, the mystery only deepens.

While the Monday 10 p.m. slot has been the home to a mixed bag of drama concepts ("Revolution" and "Smash" preceded "The Blacklist" and "State of Affairs"), Mr. Berlanti's show seems to be NBC's best chance at reasserting its dominance in the hour. And the Berlanti brand itself may prove to be a draw; the writer/producer has established quite a following with shows like the CW's "Arrow" and "The Flash," and his stock should only continue to rise with the launch of the "Arrow"/"Flash" spinoff "Legends of Tomorrow" and CBS's "Supergirl."

"We're attacking the new season with the same programming strategy that successfully turned NBC around -- a slate of provocative and innovative series and events that cut through the clutter and will continue to build on our momentum," said NBC Entertainment Chairman Robert Greenblatt, by way of announcing the new lineup.

On the alternative programming front, NBC has given a short order to Neil Patrick Harris's variety show, "Best Time Ever," which will air in the Tuesday 10 p.m. slot after "Heartbreaker." "Chicago Fire" will assume its customary time slot in November, after NPH's 10-week run comes to a close.

Surprisingly, NBC did not disclose its plans for its earlier experiment with the long-dormant variety format. About a year ago (May 19, 2014), the first installment of "The Maya Rudolph Show" drew 6.84 million viewers and a 2.1 rating among adults 18-49, and while that was a solid start for an out-of-season event, a follow-up special has not been scheduled.

Only Wednesday nights will remain untouched, as "The Mysteries of Laura" returns for its second season in the 8 p.m. anchor slot. The lone freshman series to earn a renewal (NBC will wait until after the June 21 finale before making a decision on "A.D.: The Bible Continues"), "Laura" averaged 7.54 million viewers, making it NBC's second most-watched scripted series after "The Blacklist." That said, it is a decidedly older-skewing show, averaging just a 1.2 in the 18-49 demo.

NBC's fall schedule is as follows. Ad Age will have further information about the new lineup Monday afternoon, after the network's upfront presentation.