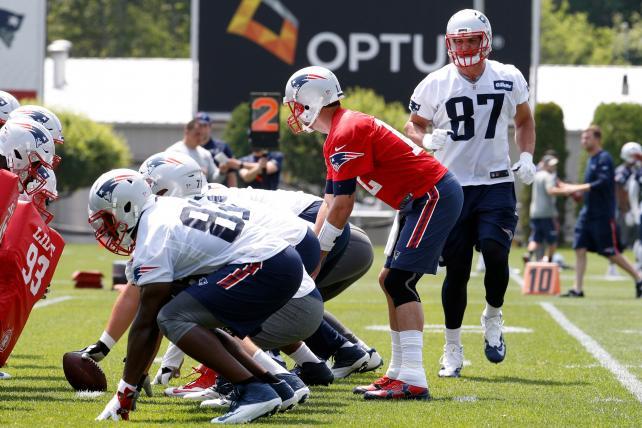 NFL sales in the 2017-18 upfront bazaar have been softer than sellers originally had anticipated, and while the networks aren't exactly scrambling for the Xanax, the volume of money that's been held back suggests that the league's media partners may be in for a white-knuckle fall scatter market.

A number of factors have conspired to cast a bit of a pall over this year's NFL market, which some insiders say is the softest since the Great Recession of 2008. For example, a number of marquee clients have slashed their pro football spend, while a few load-bearing categories aren't committing anywhere near as many dollars to the NFL as they did a year ago. Meanwhile, a glut of available inventory has put a bit of a squeeze on pricing increases, although the cost of purchasing ad time in a nationally televised NFL game remains a not-inconsiderable investment.

Toss in the media agencies that in recent months have won new accounts in part by promising to lower the boom on price hikes (which inevitably results in their having to move money out of the most costly TV environments), and you're looking at an NFL market that's being pulled in all directions like so much saltwater taffy.

Rich people problems
Now, before we venture further into the mechanics of this summer's marketplace, it's worth noting that when discussing the skyscraper-climbing gorilla that is the National Football League, everything's relative. Ratings hiccups aside, we're still talking about the most-watched, highest-rated commodity on TV -- and nothing even comes close. In a season in which the average new scripted broadcast series was lucky to scratch out a 1.0 rating in the 18-to-49 demo, "Sunday Night Football" last year drew a 7.0. There's a reason why 30-second spots in some nationally televised NFL packages are pricing north of $800,000 a pop.

"It is a much softer market in terms of the rate of change, but it's like we're talking about two entirely different sports," said one TV buyer. "So, yeah, the year-to-year [pricing] increases in NFL games are more modest than in years past, but when you look at what's going on with the entertainment stuff in prime, there are worse problems you could have as a network. You could have no football."

The same buyer estimated that the average price increase for ad time in this fall's NFL broadcasts is between 2% and 4%, although at least one network is pricing slightly above that range. "Fox have the Cowboys in six of their eight national windows which, as you can imagine, has worked in their favor." The consensus among insiders is that Fox is getting ad rates as much as 6% higher than last season.

In a sense, the attempts by agencies to steer some of their more thrifty clients from the premium NFL inventory mirrors some of what's been happening with primetime entertainment sales. Rather than pay on the order of $140,000 for a 30-second slice of airtime in that aging sitcom that will likely deliver a fractional rating, many buyers are shifting to red-hot, but significantly cheaper, programs in other dayparts, such as NBC's "Today" show or CBS's "The Late Show with Stephen Colbert."

Cars, studios are cutting corners
Selective austerity aside, NFL upfront sales also have been impacted by a significant drop in spend from two of the league's most stalwart categories. Automotive, which is by far the biggest NFL advertiser -- per iSpot.tv estimates, carmakers in 2016-17 spent $889.3 million on regular-season and playoff inventory, more than double the outlay of runner-up wireless ($338.5 million) -- has scaled back its spend in the midst of a five-month sales slide, while the No. 6 category, movies, is also putting fewer dollars into football.

Among the car manufacturers that are said to have radically reduced their NFL upfront spend are a Big Three division and a Japanese marque that is regularly among the league's top 10 auto advertisers.

Naturally, the networks hope the auto and movie money comes pouring back in scatter, which is hardly a long shot, given the critical role the fourth quarter plays for both industries. Cars were once so essential to the business of broadcast that the fall schedule was invented to better serve that particular segment of the business. And the slate of movies set to launch during the key football months have "$35 million in TV spend" stamped all over them; among the blockbusters-in-waiting are DC's "Justice League," Marvel's "Thor: Ragnorak" and "Star Wars: The Last Jedi."

If category deficiencies and frugality can be remedied in scatter, perhaps the most nagging issue facing the NFL's TV partners is supply bloat. Per Amazon's $50 million streaming deal, the tech giant will sell a total of 100 spots in its "Thursday Night Football" simulcasts, which works out to 10 ads per game. The linear "Thursday Night Football" package itself has dumped a good deal of inventory into a marketplace that was already flush with Sunday afternoon games and two marquee primetime packages, and the introduction of four nationally-televised Saturday games now has the NFL brandishing its shield on four days out of seven.

Scattergories
Will all that additional inventory move in the scatter market? More likely than not, especially after the general-entertainment shows start putting up 0.6 and 0.7 ratings. But the super saturation of the NFL as a product isn't doing the networks any favors, and was probably a factor in last season's ratings drop. Sometimes it's better to leave them wanting more.

As recent history suggests, a soft upfront generally portends a strong scatter market, as was the case in 2015 when NFL sales were slugglish in June but torrid in September. And there is a not-insignificant risk associated with sitting out the summer sell-off. NFL scatter rates tend to reach nosebleed altitudes in the back half of the season; depending on the matchup, a 30-second spot in a national game that fetched $700,000 in the upfront could command a 20% to 25% premium a few days before the opening kickoff.

While the cost of reaching the NFL audience is high, advertisers get a whole lot of eyeballs for their investment. In calendar year 2016, a 366-day stretch that featured an historically bonkers presidential election and a summer Olympics, NFL games accounted for 28 of the top 50 most-watched TV broadcasts. In the more vanilla 2015, the NFL delivered 37 of the top 50 broadcasts.

Enormous reach aside, one of the NFL's key selling points is that unless fans are glued to the ad-free NFL RedZone channel, they tend to watch the commercials. According to Nielsen, 93% of all sports TV viewing last year was done live, compared to 70% for general-entertainment shows in primetime.

As the upfront bazaar begins folding the tents for another year, those with NFL wares to hawk will have to sit back and wait to see how the scatter market develops. "Look, we have done hundreds of millions in sales, so it's not like we're facing some kind of do-or-die scenario in September and October and November and December," said one network insider. "We expect there will be a robust scatter marketplace -- we'll certainly need it -- but it doesn't have to be gangbusters. So, no, we're not panicking, but we understand that we're going to be doing a little more hustling than maybe we've grown used to in the fall."

The NFL season kicks off on Sept. 7, as NBC hosts its annual Thursday night table-setter. Andy Reid's Kansas City Chiefs, which went 12-4 last season before getting bounced by Pittsburgh in the AFC Divisional Playoff round, will square off against Super Bowl Champions Tom Brady and the New England Patriots. 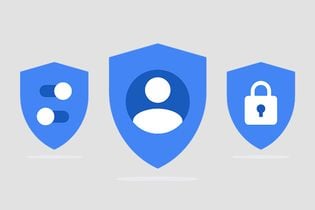