Upfront Report: Scripps to Double Down on Holiday Programming, Halloween Through Christmas 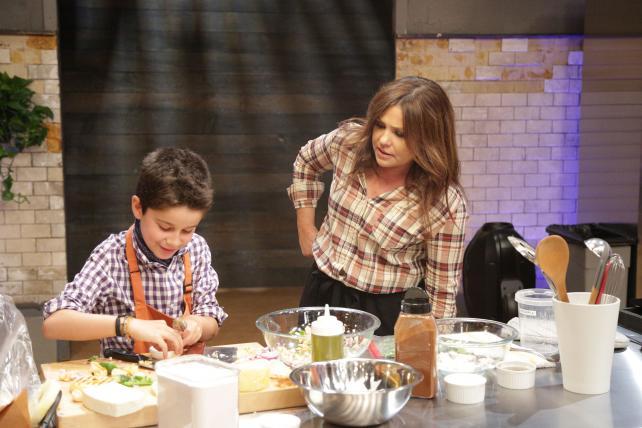 Scripps Network is doubling down on its holiday programming.

As part of its pitch to advertisers during the 2016 upfronts, the cable programmer whose channels include Food Network, HGTV and DIY, will unveil its push to own the holiday season across its channels.

From Halloween through Christmas, Scripps networks will air its holiday-themed content pertaining to food, home and other lifestyle categories. Advertisers will be able to buy into this programming across channels.

Scripps is the latest cable programmer to realize the power of the holiday season. Crown Media's Hallmark Channel has long been a leader in the space with its original Christmas movies, while other networks such as ABC Family (recently renamed FreeFrom) and Lifetime have also made an event out of the holiday season.

Scripps will kick things off with Halloween, a holiday "millennials love," said Kathleen Finch, chief programming, content and brand officer at Scripps. The attention to Halloween this year is also part of the company's two-year push for younger audiences. Four Scripps' six networks saw an uptick in millennial audiences last year, according to Ms. Finch.

One show that will air across all Scripps networks focuses on a competition to build tiny haunted houses.

HGTV is featuring young moms in several of its series and also putting their kids in the shows, Ms. Finch said, pointing to shows like "Listed Sisters," about young Nashville twin sisters who work together to renovate and list homes.

"We are seeing a lot of multi-generational viewing," Ms. Finch said. "We know HGTV is a mother-daughter guilty pleasure."

To that end, HGTV will premiere "Good Bones" later in the month, a show about a mother-daughter house-flipping team.

Travel Channel will be a big focus this year, after Scripps last month took full control by buying out the minority stake of Cox Communications. Travel Channel is moving its headquarters to Knoxville, Tenn., where Scripps is based, from Chevy Chase, Md.

Scripps will focus on making Travel Channel fun and exciting for viewers by injecting it with celebrities such as Queen Latifah and Jon Cryer, Ms. Finch said.

Scripps is also thinking digitally to create content that can live on other platforms. The company introduced its Lifestyle Studios in December, where it is creating digital content inteded for a variety of platforms. Scripps will speak to advertisers during the upfronts about how they can use the studio's services.

One of the biggest challenges during the upfronts will be the turmoil on the agency side, Mr. Steinlauf said.

"Clients are moving from agency to agency, which means we need to keep reestablishing relationships," he said.