In an online presentation for journalists, execs said Telemundo Deportes will air more than 700 hours of World Cup coverage, including 56 matches on Telemundo and eight on cable network Universo, as well as a virtual reality app for the 2018 World Cup to be held in Russia, and a World Cup Party Pack curated by Telemundo and Buzzfeed's Tasty for hosting futbol viewing parties. The 2014 World Cup was broadcast by rival Spanish-language network Univision.

"Telemundo continues to drive growth in Hispanic media with original content that resonates with today's Hispanic in the U.S.," said Cesar Conde, chairman of NBCUniversal Telemundo Enterprises and NBC Universal International Group. "Latinos are evolving and they are influencing our economy and mainstream culture more than ever." 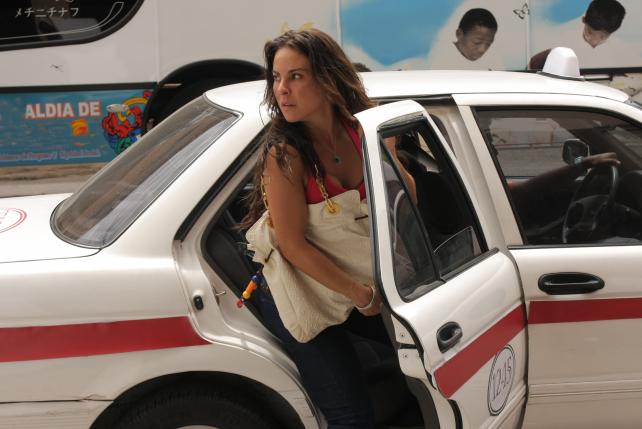 All three of Telemundo's Spanish-language primetime "Super Series" focus on trafficking, of drugs or immigrants. In the return of ratings hit "La Reina del Sur" ("The Queen of the South"), Mexican actress Kate del Castillo's character leaves Europe to go back to Mexico and the drug trafficking world. Since "La Reina del Sur" first aired several years ago, Del Castillo has been involved in a real-life drama, when big fan and drug lord Joaquin "El Chapo" Guzman reached out to her last year after his latest jail break about filming his own story. The meeting Del Castillo and actor Sean Penn held with "El Chapo" was widely believed to have inadvertently led to his re-capture last year, and extradition to the U.S. ("El Chapo" is currently waiting to go on trial in Brooklyn).

The other two Super Series are "El Senor de los Cielos" ("The Lord of the Skies"), in which Telemundo says "the hatred [main character Aurelio Casillas] sowed since he sold his soul to the demon of drug trafficking is now knocking at his door," and "Senora Acero, La Coyote" ("The Acero Dynasty") about human trafficking on the U.S.-Mexico border.

In another show, "Sin Senos Si Hay Paraiso" ("Without Breasts There Is Paradise"), a woman everyone believed dead has really become an anti-narcotics agent who captures and extradites her former best friend to the U.S.

On the digital front, Teleumundo is partnering with Buzzfeed Motion Pictures to create backstage video content from music award shows and do a weekly news segment. In another partnership, Telemundo will do the first Hispanic Snapchat show. And in the reality show genre, "Love Clicks 24/7" will be a bilingual dating show.

After NBCUniversal does its upfront presentation next Monday, Telemundo will hold an evening event for advertisers featuring a private concert by pop star Enrique Iglesias.