Yes, They're Still Bullish on Medium, but Marketers From Subway to Target Explain Why They're Viewing It More Broadly
READ THIS NEXT
NBCUniversal takes its upfront from Madison Ave to Main Street with '30 Rock' reunion 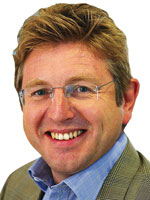 "Globally, TV viewing is actually up, although there's been an explosion in other forms of media engagement." 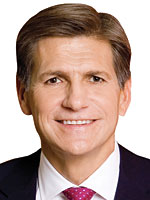 "TV will continue to be an essential part of our marketing mix to reach people with our brands." 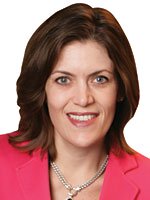 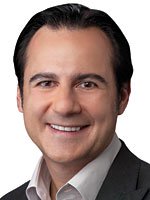 "What was presented to me was a video plan, not a TV plan. I was thrilled to hear those words."

"Our 'Life's a Moving Target ' campaign has several applications, including online banners … and traditional TVspots." 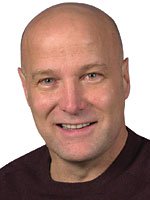 "You need to visually show the benefit, because you're probably not going to have the time to explain it."

Still, for all his belief in TV, Mr. Panayiotou wants the retailer to be media-agnostic. "We wanted to move media where it made sense, based on the marketing objectives we had," he said. "We gave a pretty big warning to our agencies that we wanted media-agnostic thinking and big marketing ideas."

That led to a centrally managed account at Publicis. The team on the business includes people from Publicis shops ranging from Razorfish to Starcom. "What was presented to me was a video plan, not a TV plan. I was thrilled to hear those words," Mr. Panayiotou said. "We don't want to get locked into a slate of thinking about TV in just one box. Our ability to do video programming rather than TV programming is a big step."

As TV's place in the media mix has evolved, so, too, has the definition of effective messages. With 15-second spots on the rise, ads require more clarity, marketing executives said. Brands need "to be more iconic, more visually arresting," said Mark Addicks, CMO of General Mills, which spent more than $800 million on the air in 2010, about 90% of its total measured media spending, according to Kantar Media. "You need to visually show the benefit because you're probably not going to have the time to explain it," he said.

Subway Advertising Fund Trust CMO Tony Pace describes the sandwich chain's TV strategy as a mix of high-profile plays alongside efficient buys. "We believe in a multilayered approach and are always looking to add layers. You need to be growing and you need to be smart, not just about today but tomorrow."

Subway's ads have appeared during high-profile shows like "American Idol" and during much-watched sporting events such as the NCAA's Final Four games. "You have to have tremendous reach when you're a marketer our size in order to drive business. What we do different is that we tend to create messages that have some longevity," he said. One of those messages is the fast feeder's three-years-running "$5 Footlong" campaign, which Mr. Pace said has been "tremendously successful."

So what does the future of TV look like to CMOs?

For Subway, Mr. Pace said the company is "definitely going to evolve our traditional media strategy," but cautioned that the company needs to read market conditions. "No matter how good the forecasts are, the market is always so different. We're in a good position because of the longevity of our marketing programs. At the end of the day, it's not just how much media weight you have, it's how compelling your message is."

TV has an edge today in terms of measurement and market research into delivering what Unilever calls ROMI, return on marketing investment, Mr. Weed said, but he doesn't expect that to be the case forever.

"I'm more comfortable in making predictions around TV insights than I am on digital," he said. But he added that digital also makes it easier to try an ad or a buy, measure effectiveness quickly and make adjustments. "So I don't think it will be long before we have digital down to a science with the same level of confidence as TV," he said.

Increasingly, Mr. Weed said he doesn't look at the divide so much between TV and digital as between consumers being in "lean-back" mode, passively taking in content and advertising, and "lean-forward" mode, actively seeking out and interacting with content. Unilever brands such as Axe have had success with the latter, using interactive ads and video-on-demand using the conventional TV in the living room too, he said.

Interactive TV, which is now in 18 million households, is particularly compelling to Coca-Cola's Ms. Clark. Unaided brand awareness of interactive TV spots vs. noninteractive TV spots is 130% higher, she said. But there are pitfalls. Ms. Clark says the onus is on marketers to create an "elegant solution that makes sense to the story being told. It can't be clumsy."

From a global perspective, Ms. Clark said TV is included in the media plans of all of Coca-Cola's top 22 markets. That said, in some it's beginning to play a lesser role, as attention shifts to media that didn't exist 10 years ago.

Around the world, Ms. Clark said Coca-Cola is on the lookout for "non DVR-able" programming. One example she gave of compelling programming was a Brazilian reality program. The "Big Brother"-style program took Coke away from the cast for a couple of weeks and then brought it back, complete with a big celebration. All told, the storyline led to 19 minutes of programming content that revolved around Coke. The brand snapped that up for the equivalent cost of a 90-second spot.

Mr. Pritchard said that because people now have "more choices than ever for information and entertainment, the TV industry must adapt to these changes by providing engaging, relevant and appropriate environments for content for brands. As an advertiser, we want options that let us not only share brand messages, but engage with people in a more dynamic and interactive way."

TV, he said, "brings people together, and it will remain in our marketing mix." He said P&G -- even with its last soap opera off the air -- will continue to invest in TV content, such as through its production of Family Movie Night productions in tandem with Walmart.

Best Buy is experimenting with addressable TV, targeting specific slices of consumers. Mr. Panayiotou said the program allows Best Buy to target customers who have just bought a puppy, for example. "We want to do that because we know that people who buy dogs tend to take an inordinate amount of pictures in the first 90 days," he said. "We'd love to provide them the opportunity to buy a camera."

Mr. Francis said Target , for its part, is carefully monitoring media evolution as it considers future media strategies. Take time shifting, for instance. "We know time shifting is up 18% in the last year," he said. "Brand- and media-integration tactics enable Target to break through the increasing effect of time shifting on TV advertising. For example, we recently partnered with Bravo to host an episode of 'Top Chef' in one of our stores. To complement the in-program branding, we produced custom ad spots starring 'Top Chef' host Padma Lakshmi. The combination of both tactics allowed us to engage our guests during the show and use the ads in off-air channels such as YouTube and online rebroadcasting."

And, he said, "we believe addressability is the next generation of advertising and marketing, and we are working on ways to engage with guests in exciting and unexpected ways. Target uses a variety of techniques to engage our guests, including digital-marketing tactics that enable us to customize content for guests."