Turner will manage ad sales for Funny or Die as part of a deal giving it a minority equity stake in the Will Ferrell-backed comedy site, Turner said at its upfront presentation to media buyers today. 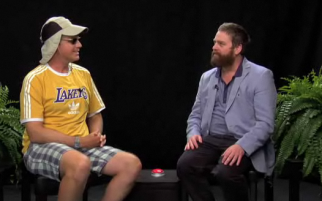 The deal will allow Turner to bundle digital ad inventory from its TBS and Adult Swim channels with Funny or Die, creating bigger comedy packages to offer advertisers. Funny or Die ad inventory may also be sold with the rest of the Turner Digital network, which attracted 74.8 million unique visitors in April, according to ComScore.

"We've done terrifically well, but we don't have the reach to able to sell incredibly, broad, big packages," Funny or Die CEO Dick Glover said in an interview.

Funny or Die will retain its sales force, although details around the teams and the reporting structure remain to be worked out. "We will be spending the next couple of months working together to figure out the best way to integrate the sales teams," Mr. Glover said. "Turner will have the management and operational responsibility for that integrated effort."

Funny or Die, which has previously produced a TV pilot for TBS, hopes that this deal will also result in more opportunities to work with Turner on TV programming, Mr. Glover said. But the site will continue to produce shows for other networks.

Turner's equity stake in Funny or Die is in the ballpark of 10%, according to a person familiar with the deal.

It's not the first time Turner has sold digital inventory for another party. Turner handles digital sales for Nascar and the NCAA, and previously handled digital ad sales for Sports Illustrated, part of Time Warner sibling Time Inc. That arrangement ended in April after the NCAA Men's Basketball Tournament.

FunnyOrDie.com registered 4.2 million unique visitors in April, according to ComScore.