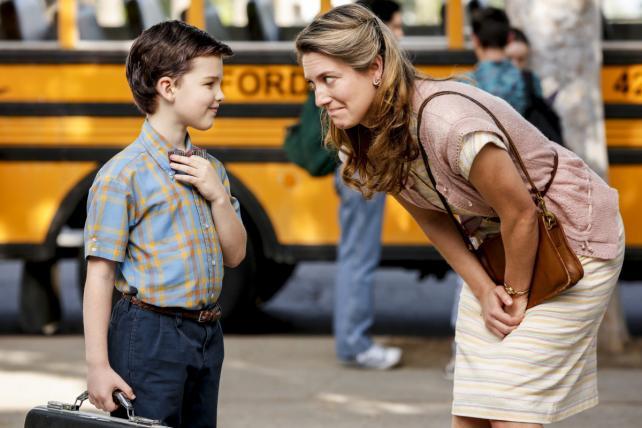 It's become increasingly difficult to predict which broadcast TV series will be breakout hits and which will quickly fizzle. While last year we correctly predicted that NBC's "This is Us," ABC's "Designated Survivor" and Fox's "Star" would be amongst the biggest shows of the season, there were successes like Fox's "The Mick" and NBC's "The Good Place" we just didn't see coming. (From our predictions last year: "'The Good Place' looks very bad.")

For one, what constitutes a hit has become blurry. Many of the shows renewed this season would have never made it past an episode or two just a few seasons ago. For the purposes of this exercise, therefore, we now deem any show that has been renewed a success.

Here's a look at the crop of shows for next season that we expect will live beyond their freshman run -- and those that don't stand a chance.

Betting on a spin-off of a hugely popular show with a loyal following is always tricky. On one hand, it's at least likely to get sampled by fans of the original. But it is typically very, very hard for the successor to live up to the original. If any spin-off has a chance of standing on its own, however, it's "Young Sheldon."

The CBS spin-off to "The Big Bang Theory" tells the story of nine-year-old genius Sheldon Cooper as he starts high school in Texas. The trailer is charming and CBS may have found a new star in young actor Iain Armitage (also known to some from HBO's "Big Little Lies"). Narrated by Jim Parsons, who plays Sheldon on "Big Bang," "Young Sheldon" looks more like a "Wonder Years" than a true sitcom. There were certainly some laugh-out-loud moments, but when Young Sheldon took off his glove to hold his dad's hand for the first time, I must admit I got a bit choked up.

"Rise" feels like NBC is attempting to make good on the disappointment that was "Smash," and at least right now, I accept their apology. A mix between "Glee" and "Friday Night Lights," "Rise" stars Josh Radnor ("How I Met Your Mother") as a dedicated teacher who takes over the school's lackluster theater department. Based on the trailer, it looks like there will be some big performances. Admittedly, I'm also a sucker for any show that's set in the world of musical theater, so I could be looking at this one with blinders.

If you're taking signals from the crowd, the trailer for Fox's "The Gifted," the network's first Marvel series, was watched more than 31 million times on social media less than 48 hours after it was released. Last year, the trailer for "This is Us" topped 50 million Facebook views in the first 11 days and of course went on to be the biggest hit of the season. "The Gifted" is a family-friendly adventure set in an X-Men-esque world, complete with mutants on the run from a hostile government.

ABC's "The Mayor" feels especially relevant right now. The show centers on a rapper who tries to raise his profile by running for office. Then he actually wins. (Sound familiar?) The trailer got some of the most laughs of the week.

I'm also going to make the call that "American Idol" will stick around ABC for more than one season. This isn't an investment that the Alphabet Network is likely making for just one season. While I doubt ABC will really be able to put an innovative-enough twist on the reality singing competition to make it relevant again, and it certainly feels like it is too soon for a revival, I imagine enough people will tune in for ABC to give it a go for a few years.

And now for a risky bet: The "Will and Grace" reboot could turn out to be an epic failure, especially if the gay jokes fail to translate a decade after the series took its final bow. But watching Will, Grace, Karen and Jack reunite for a charming performance during NBC's upfront presentation this week, it looked as though they've still got the chemistry to make it work. If the series can retain that sense of nostalgia with a modern spin, it could resonate. And NBC really wants it to work. NBC Entertainment Chairman Robert Greenblatt said he'll certainly be in the market for more episodes if the first batch work.

If the reunion of the "Roseanne" cast at ABC's upfront was any indication of how the eight-episode revival will play out, there will be a lot of cringing. The interaction between Roseanne Barr and John Goodman was awkward and the banter stilted. "This is going to be fun," Barr chuckled. I'm not so sure.

It feels like every year ABC tries to tap into some sort of cultural phenomenon (remember "Selfie?" Neither do we). This time it is taking on podcasting with "Alex, Inc." The show, based on the actual podcast "StartUp," stars Zach Braff as a radio journalist who quits his job to start a podcast company. We expect "Alex, Inc." will go the same way as ABC's attempt to play into the selfie craze.

I'm also skeptical of anything called a "light" drama. ABC's "The Gospel of Kevin," about a down-and-out man trying to save the world, seems neither funny nor heartwarming.

We brushed off most of ABC's new comedies last year, and I get the same feeling from Fox's batch this time around. There's "LA to Vegas," a workplace comedy about Dylan McDermott as a pilot for a cut-rate airline that brings gamblers from to Las Vegas from Los Angeles; "Ghosted," a paranormal comedy; and "The Orville," a "comedic drama" that puts Seth MacFarlane in the captain's chair in a universe modeled on "Star Trek" (or "Galaxy Quest"). MacFarlane's stands the best chance for success.

NBC's "The Brave" will likely blend in with all of the other military dramas that will air on broadcast TV next season. The network pitched it to ad buyers and press Monday morning. By the end of this week, I nearly forget it existed.

Similarly, Fox's "The Resident" is yet another medical drama that is bound to get lost.

CBS' biggest miss of the season will likely come in the form of the comedy "Me, Myself & I." It looks more like an ABC comedy than something the Eye Network would air. In any case, the trailer fell short.

For the first time we have a digital show on our list. "Star Trek: Discovery" will air exclusively on CBS's direct-to-consumer platform CBS All Access in the fall. Trekkies are incredibly hard to please and it will take a lot for the reboot to "live long and prosper."

How we did last year:

Aside from calling "This is Us," "Designated Survivor" and "Star," we also accurately predicted that NBC's "Taken" wouldn't take off, ABC comedies "Downward Dog" and "Imaginary Mary" wouldn't see a second season and Fox's "Making History" would be history. Fox did also end up renewing "The Exorcist," which we pegged a hit, even if ratings were mediocre.

But we completely missed the mark with "Emerald City" and "Trial & Error," expecting incorrectly that both would be hits. We also misread ABC's "American Housewife" and "Speechless," both of which were renewed for second seasons. We expected NBC's "The Good Place" and Fox's "The Mick" to fail, and in hindsight, we should have never bet against CBS's new procedural "Bull."

But the prediction I'm most disappointed about is CBS' "The Great Indoors," which we thought would be funny (and it was). The network decided not to renew it for a second season.