The confederation of internet companies planning two weeks of "upfront" presentations for advertisers this spring are getting an unexpected new member: NBC Universal.

The group -- which includes Google, Yahoo, Hulu, Microsoft, AOL and the Publicis-owned agency Digitas -- is planning two weeks of TV-style "upfront" events called "The Digital Content Newfront," in hopes of presenting themselves as viable alternatives to broadcast and cable TV, which start their own upfront season later in May. 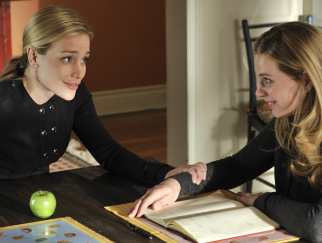 But if the digital "NewFront" is about positioning web video as an alternative to TV, at least one big owner of TV networks is hoping not to beat them, but join them. NBC Universal officially signed on to the consortium on Wednesday, and CBS is in talks to join, according to multiple people involved in the talks.

The founding partners see the series of events, which start April 19, as a coming-out party of sorts, perhaps the first year when enough original content and audience to legitimately make a play for TV ad dollars. NBC Universal has a different agenda: to be seen as a digital-media company, in addition to an owner of broadcast and cable TV networks.

As traditional TV splinters, there's a growing consensus among marketers that you have to combine TV with digital to maximize reach and impact. NBC Universal wants marketers to know they can do it all in one place.

"The consumer is watching multi-screen," said Linda Yaccarino, head of sales for cable and digital at NBC Universal. "They don't make the distinction between television and digital, but you need both to reach the consumer."

Typical cable and broadcast upfront are mostly about the shows and the celebrities; digital usually gets a bit role in the show, if any mention at all. NBC Universal thinks its digital businesses are big enough to stand on their own, and able to compete with the likes of Yahoo and Google, particularly in original content, the kind most in-demand by advertisers. Comcast NBC Universal digital properties had 77 million unique U.S. visitors in February, according to Comscore, compared with 78 million at CBS Interactive and 126 million for YouTube.

In practice, this means NBC Universal is throwing a total of nine upfronts this spring -- events for cable networks such as Syfy, Bravo, Oxygen, Style, E and USA Network, as well as NBC, Telemundo and now a digital upfront. Programming for the digital upfront hasn't been sorted, but will include content from iVillage, XFinity TV, Fandango and Daily Candy as well as TV-related content connected to the networks. "The fact that we are attached to a company that has TV assets uniquely differentiates us from the competition," Ms. Yaccarino said.

In addition to NBC and possibly CBS, the group has added smaller producers and distributors of web-based programming, including Vevo, the joint music-entertainment venture owned by UMG and Sony Music, and Digital Broadcast Group, and are in talks with numerous other distributors of web content.

Some, such as YouTube and Vevo, will stress competitive advantages to TV. "We have the audience, the original shows and commercials, and users can't skip through them," said David Kohl, EVP of sales at Vevo. As a distributor of network and cable TV online, that won't be Hulu's pitch; rather, they'll talk up a slate of original shows, such as "A Day In the Life," a series launched last year with filmmaker Morgan Spurlock.

Participating in the video upfront requires first having original content and second, that you've been distributing it widely, requirements that rule out some high-profile production companies, which will have to partner with a distributor to get in.

Digitas, which spearheaded the series of events, believes it will work for the same reason TV's upfronts have worked for advertisers over the years. "The broadcast upfront mechanism works based on the reality of scarcity," said Digitas EVP John McCarus. And while there's no end to video on the web, "quality content at scale is still scarce."