Almost every year marketers raise concerns about the pace of TV inventory price increases, citing the real downward pressures on their advertising budgets. But advertisers almost always pay close to the prices on offer, don't they? The answer is both yes and no.

This year won't be any different than many which have come before. But it will reflect, as always, a number of divergent forces.

Networks will generate significantly higher pricing in the upcoming upfront marketplace. CBS Corp. CEO Les Moonves has effectively promised Wall Street double digit increasesin pricing for prime-time inventory sales on the CBS network. For a host of reasons, he's probably not far off in his expectations. In fact, these expectations aren't too far off from long-term average rates of media inflation during the upfront over the past three decades.

Some advertisers have left TV altogether. We can look at lists of the top 50 advertisers from 1994, and see a number of well-known, large brands whose are now virtually absent. Some -- such as the long-distance companies -- simply evaporated as their businesses were commoditized.

Reconciling these facts yields fascinating insights on the underlying economics of TV. The IRS data from 1994 to 2007 also shows that the number of companies with assets in excess of $250 million more than doubled, from approximately 5,600 to 12,000. This phenomenon is evident when we look at the largest advertisers on national TV in recent years. A wide range of new brands from categories such as wireless carriers, insurance and national retail regularly show up.

The creation of new categories that need to reach many people with regular frequency has been the primary driver of TV advertising growth. As long as the American economy supports the creation of new business categories at a national level -- accompanied by enhanced competitive intensity within categories -- TV will continue to grow into the future, and pricing levels will rise with it.

Among most categories of advertisers that never left TV and still rely on it, however, media inflation remains a pressing concern, especially among packaged goods marketers and other manufacturers. And marketers are pressed to manage price across all of their national TV buys.

The generally lower costs of national cable networks' inventory has helped them benefit most from the proliferation of advertisers and increasing competitive intensity within categories. But both their absolute pricing and their price inflation are beginning to approach broadcast network levels for the most desirable shows, making it harder for marketers to manage their overall cost increases on TV.

In response to this pressure, much as they have in the past, most advertisers will continue to look for alternative -- and sometimes new -- ways to allocate their budgets. Some will leave TV altogether and some will seek new forms of "efficiencies."

The primary driver of price increases for TV networks in the years ahead, then, will continue to be the resilience of the U.S. economy in creating new national advertisers. 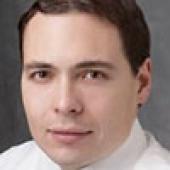 Brian Wieser
View all articles by this author