Univision Partners With Netflix to Air 'Narcos' and More 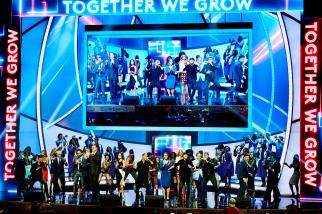 The deal is believed to be the first time a Netflix original series will air on broadcast TV. Univision viewers will see the first season of the drama about the rise and fall of Colombian drug cartel head Pablo Escobar before the global debut of the second season of "Narcos" on Netflix. Similarly, the first season of "Club de Cuervos," a series that premiered in August 2015 as the first Spanish-language Netflix original series, will air on UniMas, a Univision cable channel. "Club de Cuervos" is a Mexican comedy-drama about a family's battle for control of a professional soccer team called The Cuervos.

Univision also announced a co-production deal with Netflix to create a drama series about the life story of notorious criminal and frequent prison escapee Joaquin "El Chapo" Guzman, whose interview with Sean Penn in Rolling Stone magazine shortly before he was recaptured by Mexican authorities made headlines in January.

That Hispanic growth story was the theme of Univision's upfront presentation, called "United We Stand. Together We Grow."

Keith Turner, Univision's president of advertising sales and marketing, went through Univision's sales pitch: its viewers are 14 years younger than those of the English-language networks; 92% are watching live; and 71% are exclusive to Univision and not tuning in to other networks. He said Univision viewers are 36% more likely to go to a movie on opening weekend, and 20% more likely to buy a car in the next six months. 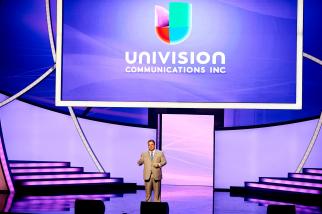 He noted that Univision, which bought a controlling stake in The Onion and now owns 100% of millennial-targeted channel Fusion, previously a joint-venture with ABC, will be offering more bilingual and English-language content. That will include a new original Onion show on Fusion. (It doesn't, however, include The Onion switching from English to Spanish under the new name La Cebolla, as one Onion exec jokingly announced.) Another channel, Flama, uses viral videos to poke fun at what makes Hispanics different; one video was about "Spanish words white people can't say." 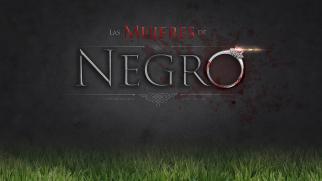 And telenovelas, mostly produced by Mexican media giant Grupo Televisa, are being modernized to be less about helpless women who suffer at the hands of men and more relevant to bicultural, empowered and digitally-savvy Hispanic consumers. They will also be shorter than the traditional six-month novela. Ms. Rodriguez gave several examples of upcoming novelas, including "Mujeres de Negro" ("Women in Black") about three women who band together to kill their husbands, and "Vino El Amor" ("Then Love Arrived") about Mexican-Americans seeking the American dream in a California vineyard.

Bloomberg reported last month that parent company Univision Holdings Inc. is aiming for the second half of this year for its long-awaited initial public offering that could raise as much as $1 billion. The network was taken private in 2007 in a $12.3 billion leveraged buyout by a group of private-equity investors. Grupo Televisa owns a 5% equity stake and debt that could be converted into an additional 30 percent holding.