Cable Giant Pitches 'Our Fans, Your Brands, One Discovery'
READ THIS NEXT
NBCUniversal takes its upfront from Madison Ave to Main Street with '30 Rock' reunion 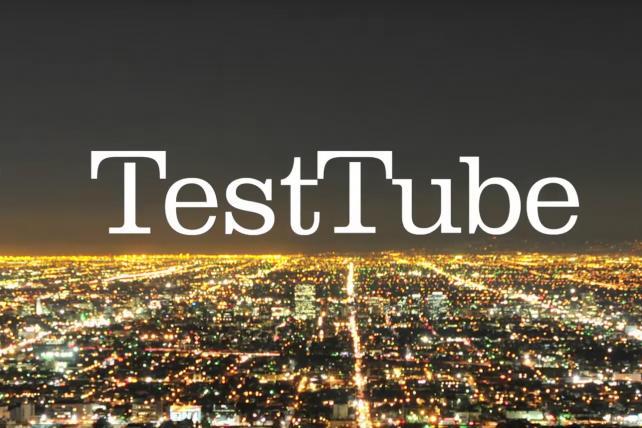 TestTube is part of Discovery Digital Networks, a showcase for web-native short-form content aimed at millennials.
Credit: TestTube via YouTube

On the eve of what is expected to be the most robust upfront market in years, Discovery Communications has made a number of fundamental changes in how it will transact business with its advertisers. Not only has the company merged its linear TV and digital ad sales units, but it also has developed a new custom marketing platform designed to optimize clients' investments across the Discovery portfolio of brands.

Unifying traditional TV sales with digital has been a long time in coming, said Discovery ad sales president Joe Abruzzese, adding that the consolidation of the two teams is a tacit acknowledgment of where video is headed. "I hate the phrase 'one-stop shopping,' but that's really what this is," Mr. Abruzzese said. "You don't have to kick it down the hall. It gets done."

In other words, an advertiser that wants to buy inventory on, say, Investigation Discovery's primetime lineup but is also interested in augmenting the linear investment with a digital package will now work with one sales rep, rather than having to work out one part of the deal before engaging with a wholly separate department.

"We're building a structure for the future," Mr. Abruzzese said. "As agencies and clients are evolving into this -- and it's a bigger priority for some than it is for others -- we'll be ahead of the game. So the idea is we have a better voice on the street, and we're an easy place to go from a client standpoint."

The restructuring effectively establishes a "line officer" and "staff officer" dynamic, wherein the former goes out into the street and sells, while the latter sees to planning and pricing. From that perspective, veteran exec VPs of national ad sales Ben Price and Scott Felenstein will serve as Mr. Abruzzese's line officers, where they'll continue to oversee all ad sales efforts for the Discovery portfolio. (Mr. Price also retains his role as manager of Discovery's regional sales offices in Chicago, Los Angeles, Detroit and Atlanta.)

Mr. Abruzzese will introduce the One Discovery concept later today in Chicago, when he and Discovery chief commercial officer Paul Guyardo make their first upfront pitch of the season to Starcom MediaVest Group's Spark. Essentially, One Discovery places a client's brand at the center of the media company's various assets (a catch-all that includes everything from traditional TV to branded entertainment to virtual reality), enabling Ms. O'Sullivan's team to more efficiently match their wares to the specific needs of a given advertiser.

Naturally, One Discovery wasn't developed solely for altruistic reasons. "The first thing you want to do, whatever you can, is to preserve the pay-TV ecosystem," Mr. Guyardo said, noting that the steady erosion of cable and satellite TV subscribers has begun to put some wear and tear on the legacy ad model. "You can't grow your ad sales anymore like in the old days, where if the ecosystem was growing and you had more eyeballs…you could keep your unit rate the same. Now, obviously, the only way you can grow your ad sales revenue, at least in linear, is with higher pricing. And that's a big part of what we're going to talk about with One Discovery. Because all of that really is to try to get more value to the client, more value to the brands, which in turn enables us to justify higher pricing."

Mr. Guyardo, who joined Discovery in October following a 10-year stint at DirecTV, said his new job simply boils down to growing revenue. (Discovery's U.S. networks in 2015 generated $3.13 billion in overall revenue, of which $1.65 billion was funneled in via the ad sales team.) And the greatest opportunity to expand revenue lies in digital.

Mr. Guyardo, who all but speaks in italics when he's fired up about an idea, is particularly jazzed about the opportunities afforded by Discovery Digital Networks, a showcase for web-native short-form content aimed at millennials that he says delivers 300 million views per month, and the suddenly ubiquitous killer app that is virtual reality. (We'll see about that one.)

Of the standalone digital nets, TestTube is perhaps the most eclectic, offering a mashup of content that's a bit like tossing old-school Discovery Channel nature docs with stuff found at a Shane Smith rummage sale. Musings on why enormous animals like elephants and giraffes are herbivores are featured alongside mildly scatological scientific investigations ("Could Poop Power Our Cars?") and a timely piece on whether or not the size of a man's hands is indicative of the size of his Lil' Trump. It's like a PG-13 version of Vice, one that foregoes all the cursing and drug talk.

Despite having been on the distribution side during the short-lived 3D TV fad, Mr. Guyardo said he's a big believer in that latest enhanced-media craze, virtual reality. "While everybody else is focused on the hardware associated with VR, we're focused on storytelling and VR in a way that only Discovery can do it because we can take your brand to places that it's never gone before," he said. "We did an immersion with Gillette that is so frickin' scary, it looks like you're walking on a tightrope. And it makes you sweat. It's so real it makes you freak out."

Another series of VR executions (to date, Discovery has developed more than 50 of these immersive experiences) is being mapped out in conjunction with Toyota. In a sense, it hinges on the most literal interpretation of the automaker's "Let's Go Places" tagline, as the custom content is "about taking people on virtual journeys all around the country, all around the world," Mr. Guyardo said.

After Discovery pitches the Chicago-based agencies, the team returns home for two weeks of in-house meetings with the New York firms before wrapping up its road show in Los Angeles next month. Other elements of the One Discovery platform that will be bandied about during the agency meetings include Discovery Engage, a new service that allows for audience-based buys, rather than traditional demos.

While many network sales chiefs say they're eager to kick free of the hoary old demo model, Mr. Guyardo is uniquely qualified to scoff the inherent myopia of TV's artlessly-applied age limits. "The traditional buying segment for Discovery is 25-to-54. I'm 54. Next year I won't count," he laughs. "And yet I still have plenty of money in the bank and I'm still buying a lot of products. But after next year, I'm not monetizeable in a normal scenario. Does that make sense to you?"

While Discovery will be using its upfront meetings as a means to talk up the breadth of its portfolio and what it can accomplish outside of the linear TV space, much of the non-traditional elements of the presentation will be activated outside the summer bazaar. "The upfront is not the place where a lot of the One Discovery elements are going to happen," Ms. O'Sullivan said. "This is about letting the entire market understand what we're capable of. The upfront is a negotiation; everything creative happens outside the upfront."