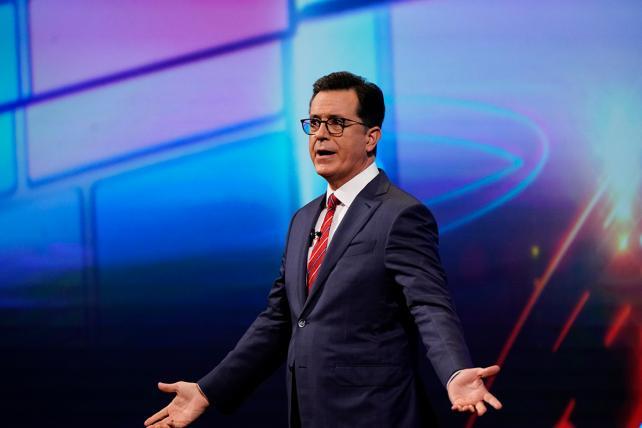 TV networks this week tried their darndest to get media buyers and advertisers to forget about how the entire industry is in flux. But even amid dramatic performances from Jennifer Lopez and Thirty Seconds to Mars and hilarious stand-up routines from the likes of Jimmy Kimmel and Seth Meyers, it was hard to ignore CBS' legal battles, the questions surrounding "New Fox" and Turner parent Time Warner's wait for a judge's decision on its merger with AT&T. The uncertainties were top of mind as industry folks nibbled on raw oysters at The Plaza and devoured sushi at Central Park.

That said, those external factors are not expected to play much of a role in what comes next.

There will be a week or two (hopefully) of reprieve before advertisers start registering budgets with their agencies, telling buyers how much money they have available to work with. Then networks will vie for billions of dollars in ad commitments for next season. Once again, deal-making is expected to drag into the summer (gone are the days when most business wraps by the 4th of July) and this year is poised to be especially complicated.

The introduction of new ad formats, attempts to sell targets more sophisticated than old Nielsen demos and efforts to reduce commercial clutter will delay things further as buyers and sellers hash out pricing and other details.

Advertisers are certainly going to push back on the doubled, or in some cases tripled, prices for a 30-second spot that networks will likely seek for the privilege of a less cluttered ad environment. Other networks are looking to strike deals for the first time that guarantee business outcomes—promising that campaigns will generate car test drives, for example. And new metrics, like NBCU's cross-platform CFlight, will also be a new element.

Ultimately, though, the majority of business is expected to be conducted the way it always has been—with buyers trying to negotiate the lowest increases for their clients and plenty of deals based on delivering traditional Nielsen demographics.

Before you set off for a weekend of upfronts detox, here's a brief recap of the week that was.

Reboots continue to be a staple of prime time, with at least four new revivals planned for next season: "Magnum P.I." and "Murphy Brown" on CBS and "Charmed" and "Roswell" on the CW.

Diversity was an important part of programming decisions this year and something networks were eager to emphasize. NBC Universal brought out the ladies of WWE to discuss how the organization is being more inclusive. There was a performance of "This Is Me" from "The Greatest Showman" to celebrate the diversity of Telemundo. Freeform said 60 percent of its series writers are women and/or people of color. And CBS, which has long been criticized for populating its programming with white men, announced several new series starring black actors and actresses.

At NBC Universal, the peacock set out to put on a show, albeit a very long show. It spent less time previewing new series (though there were still plenty of trailers) and instead focused on showcasing its talent and orchestrating big moments. This included a taped spoof of the iconic "Mamma Mia!" song and a performance from JLo. NBC's biggest news for next season was the pickup of "Brooklyn Nine-Nine" a day after it was cancelled by Fox.

It was slim pickings at Fox, increasingly called "New Fox" as it hurtles toward a likely Disney deal that would see it spun off with a few other assets. It will have just two new series on its roster for next fall, heavily focus on sports and reality, and program content that has a broader, domestic appeal. Its most buzzy new show is "Last Man Standing," which will air on Friday nights. ABC cancelled the Tim Allen comedy last year.

For the first time, Freeform was part of ABC's pitch to advertisers on stage at Lincoln Center. The network, formerly known as ABC Family, had a very visible presence, weaved into all of the montages and with network stars like "Grown-ish" Yara Shahidi addressing advertisers. Oh, and did they mention they have "Roseanne?" The comedy reboot will move to the fall next season.

CBS CEO Leslie Moonves received a standing ovation from the audience at Carnegie Hall when he took the stage on Wednesday afternoon. It was a show of support for Moonves and CBS amid its legal battle with Shari Redstone and National Amusements over control of the company. (On Thursday CBS board approved a special dividend that would reduce National Amusements voting power to about 20 percent from about 80 percent.) CBS continued to tout its dominance, boasting how it managed to end the season as most-watched broadcaster even with NBC having the Super Bowl and Olympics. Its biggest change next season will come on Monday nights, where it is completely revamping the night. And "Murphy Brown" will certainly be one of the more highly anticipated shows of the fall.

The CW is adding a new night of programming next season, with "Supergirl" and the "Charmed" reboot coming to Sundays. The establishment of two new ad-supported hours is expected to boost the network's national ad inventory by about 20 percent. And despite a relatively younger audience than the rest of broadcast, the CW isn't looking to reduce commercial time.

Turner executives made the case that the industry must move beyond the commercial ratings it has relied on for the last decade. President David Levy said in a release ahead of the network's pitch that the industry must "retire the Nielsen television metric" and TNT and TBS president Kevin Reilly said "we are trapped by useless C3 ratings."

ESPN introduced its new president, Jimmy Pitaro, and naturally the conversation centered on the advantages of live sports for advertisers.

Univision also made its pitch to advertisers this week, moving to Tribeca from midtown. "In lieu of the standard 90-minute to two-plus-hour extravaganza (two of which, Fox and NBCUniversal, preceded Univision's), the Hispanic media company delivered a lean and bullet-pointed tour through the offerings for ad buyers," according to Deadline.

Here's a look at the best and worst moments from TV's biggest week.

A look at Ad Age's predictions for which shows will be hits and which will flop in the 2018-19 season.

Google's marketing head talks about the value of the upfronts to advertisers and his fear for TV over the next year.

And I spoke with Ad Age Editor Brian Braiker and fellow TV reporter Anthony Crupi for a special upfronts edition of the Ad Lib podcast. I'll let Brian describe it: "They discuss industry trends and share spirited takeaways about the week that was—informed by Poggi's years of expert industry coverage … and Crupi's benign mania."