A former tech darling whose stock has taken a beating since it went public at the end of 2011, Zynga is now looking to endear itself to a crowd of agency executives and marketers at its show for advertisers and agencies tonight. It's not unveiling any programming, but will instead demo familiar games like "Draw Something 2," "Farmville 2" and "Running With Friends" and have performers dressed as game characters to mingle with guests. 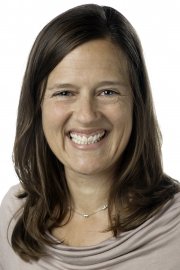 The fact that Zynga is part of the NewFronts at all is because of a change in philosophy about what they should be. The guiding principle of the NewFronts last year was premium video at scale -- it was an effort to win over TV ad budgets, after all -- but with the Interactive Advertising Bureau in charge this year, the thought was that video alone was too narrow and other digital content deserved a stage.

Ultimately, Zynga's mission at its NewFront on Friday is to plant a stake in the ground and make attendees see it as a contender for mobile video ad dollars.

"Mobile video we believe is going to be the fasting growing ad format, and we're focused on delivering that in the most engaging digital content, which is gaming," said Adam Sussman, Zynga's senior VP of sales.

Ad revenue was a bright spot in Zynga's dismal first-quarter earnings report. The company reported its revenue was down 18% year over year, invariably the result of a shrinking user base to make in-game purchases, which is its main revenue source. Daily active users dropped off 21% year over year.

Advertising, on the other hand, grew 21% into a $34 million business, which is small but has grown consistently quarter over quarter. The company didn't break out what portion of that is from mobile gaming, but as it moves forward with its frequently declared "transition" to mobile and leaves its special relationship with Facebook further behind, the reason for focusing on mobile in the NewFront is clear.

Zynga's pitch to advertisers ironically hinges on one of the things that has caused its revenue to spiral: the fact that 97% of its gamers play for free. In the past, Zynga used ads as a vehicle to convert users to paid, ad-free versions of games, but that might be changing. There's a value exchange where players grasp that the video ad they watch in between turns is paying for their game, according to Julie Shumaker, VP-global ad sales.

Ms. Shumaker also sees the attentiveness of Zynga's casual gamers as a competitive advantage over the likes of other NewFront presenters like AOL, Yahoo, and the Weather Channel.

While Friday evening might not look like a prime NewFront slot, Ms. Shumaker said that Zynga proactively wanted it in order to create a playful nighttime experience.

Zynga is also using tonight to debut a new ad unit, which launches on mobile. It's an engagement ad inside a video ad that lets players win digital and real-world rewards by spinning a reel.

It's also offering first dibs on an ad package for the summer and fall where advertisers can claim a high "share of voice." In theory that means a player would see an ad from the buyer and then no more for the following 10 turns.