Senior VP-Brand and Marketing Partnerships, AOL
READ THIS NEXT
Watch: Advocating for diversity in advertising

NEW YORK (AdAge.com) -- About the last thing you would expect AOL to do is hand the job of resurrecting its tattered brand to a 28-year-old who was a college freshman when the company acquired Time Warner.

But the truth is Maureen Sullivan had already been doing the job, and CEO Tim Armstrong just made it official, naming his onetime assistant to the role of senior VP-brand and marketing partnerships. 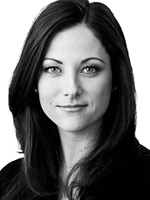 Maureen Sullivan
AOL had been searching outside for a traditional CMO for the better part of a year, but meanwhile, internally, Ms. Sullivan was making the job her own by driving the effort to remake AOL's logo into hundreds of colorful designs the company calls "canvases" to reflect the diversity of content that is now core to its mission.

As a senior at Stanford, Ms. Sullivan interviewed for the job of assistant to Google co-founders Larry Page and Sergey Brin. Along the way, she saw another opening even more intriguing: an assistant to engineer Craig Nevill-Manning, who led what at the time was a team of a dozen Google engineers in New York. Ms. Sullivan, who grew up in Mountain View, Calif., and was practically raised on Stanford's campus (her father has been varsity baseball coach for 40 years), had a dream of moving to New York and took the job.

"We were tiny," she said of the early days of Google in New York. "There was a lot of work to do in a very short amount of time. I was lucky enough to do a fair amount of work -- work I was not necessarily qualified to do."

When Ms. Sullivan moved over to become assistant to Mr. Armstrong, who led sales and marketing, she already had relationships with the product side of the business, which made her more effective within the company. For Mr. Armstrong, she saw herself as chief follower-upper, converting sales meetings into action items and making sure all the dots were connected at both the advertising as well as product and engineering teams.

Her AOL education came accompanying Mr. Armstrong on his global listening tour. There, she learned why Mr. Armstrong said that "we're not walking away from this brand." "It is a global brand that is really loved by a lot of people," Ms. Sullivan said. "It is their identity on the web. Whether it's their AIM screen name they've had for 15 years or their e-mail they can't imagine changing because that is who they are -- there is a love."

NOT FOR PREROLLS
NEXT